Tugba Sahin, former named Tugba Emeni, is the wife of Real Madrid midfielder Nuri Sahin. The couple have a child together, a son named Ömer, born in September 2011 in Madrid. Nuri confirmed the joyful news via Twitter in four different languages.

Tugba Emeni is one year younger than his 24-year-old husband. They were engaged for 10 months before their wedding  which took place in October 2007. The wedding reception was held in Düsseldorf Hilton hotel and over 370 guests attended, among them were Mesut Oezil and Hamit Altintop.

Nuri’s goal celebration is forming a heart shape with his hands and said his wife Tugba was very surprised when he first did it.

“I do it because I’m very happy with her and it’s been exactly the right step to marry her.”

That is so sweet!

Tugba tries to stay away of the spotlight but has attended Borussia Dortmund games and celebration dinners.

A curious fact is that Tugba and Nuri are cousins! Many people oppose to this kind of marriage, but these two are very happy together and are now such a cute family with their baby. 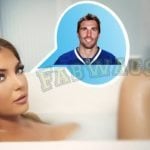 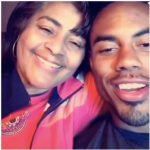