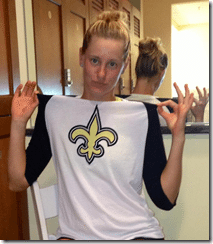 Alison Riske is making tennis history with her fourth-round US Open match today. It will be the biggest match of the 23-year-old’s life when she faces off against 48th-ranked Daniela Hantuchova. This coming after the biggest win of her life, a straight-setter over No. 7 seed and former Wimbledon champion Petra Kvitova this past Saturday.

Ali got her first taste of the professional circuit in late 2008, when she served as a hitting partner for the United States Fed Cup team in their semifinal against Russia and in 2009 she went pro but this beautiful, fitted and talented player first touch a tennis ball at the early age of three. The daughter of Al and Carol Riske; as well as her brother Dan and sister Sarah all have played tennis but she is the only one who seems to be taking it to the next level!

So why don’t we get a little more close and personal shall we! 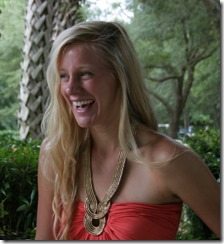 The Pittsburg native was born July 3, 1990; has a height of 5 ft 9 inches and thanks to her recent performances she has reached new rankings status, being her highest WTA singles ranking 81. She attended the Pennsylvania Cyber Charter School, she played the fall of 2006 for Peters Township High School, where she did an amazing job leading the girls’ tennis team to the Pennsylvania State championship, and won the championship in singles.

So far the young player has won more than three hundred thousand dollars as cash prize from tennis. She has won 6 ITF titles to her name but has not won any major grand slam so far, think that could change soon??

What is certain is if her terrific performances keep on being consistent we will have to get to know every little detail of her personal life meaning she will have to spill the beans about her private details including her romantic status! She has not disclosed about her boyfriend and other personal stuff so far but we are dying to know who is the pretty girl dating and her source of inspiration of course!

With her dad being a former secret service and later as an FBI investigator it might be a challenge taking the “right” guy to meet dad but luckily her mother, a former school teacher sure makes things smoother for the couple! I mean the Penn State online business student is just too pretty, too young, too talented and too rich not to be dating right!