This young gal is Kathryn Kraft; according to media, she is the non-existent granddaughter of NFL  team owner Robert Kraft, who as you all know owns the New England Patriots.

Kathryn came into the map after she posted the photos below on Snapchat. 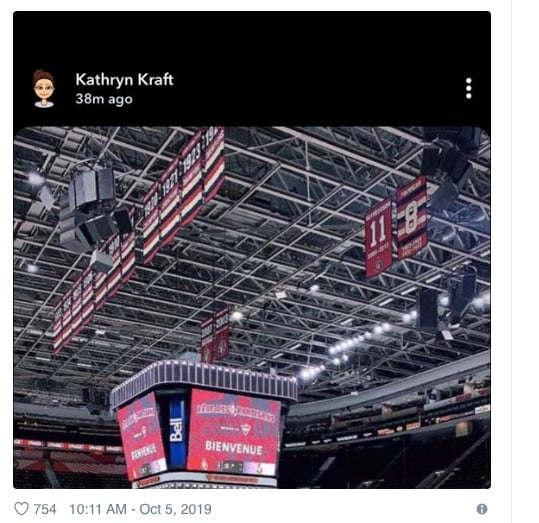 The photo suggests Robert Kraft, may or may not have an interest in buying the Ottawa Senators; however a couple of hours later, a spokesperson for the Patriots confirmed Mr. Karft, doesn’t have a granddaughter named, Kathryn Kraft.

And the person named Kathryn Kraft, eventually deleted the message.