Krystal Almora is the lovely wife of MLB player, Albert Almora. Her hubby is the outfielder for the Chicago Cubs.

It’s an exciting time for Krystal and her baby daddy, as he gets ready to go up against the Dodgers in game six of the NLCS.

He attended Mater Academy Charter School in Florida, where he earned a number of baseball accolades. He was selected by the Cubs in the first round, with the sixth overall pick fro the 2012 MLB draft.

His minor league career includes him playing with the Kane County Cougars, the Tennessee Smokies and the Iowa Cubs. He was promoted to the big leagues earlier this year.

2016 has certainly been a big year for Albert and Krystal. They didn’t only tie the knot on July 21st, they also became first-time parents to their baby boy, A.J in early September.

Albert has spoken about his lovely lady, saying nothing but good things about her. 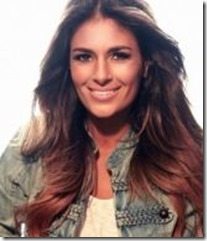 ‘She’s a warrior’ said the young player recognizing the support and everything the couple has gone through together. 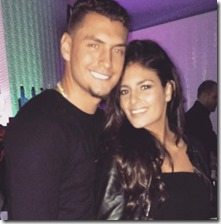 They’ve had their ups and downs, along the way, including getting his demotion to Triple-A one day after getting married. 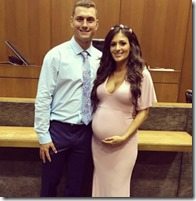 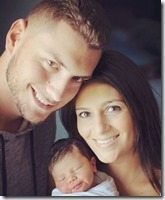