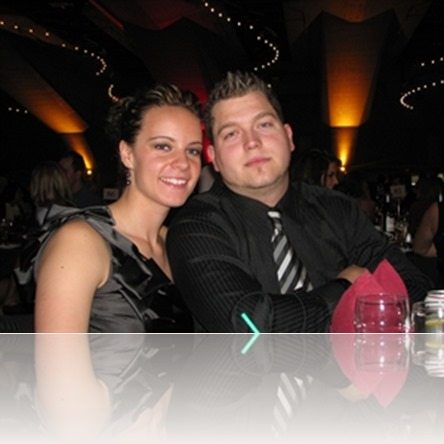 You probably heard about Shannon Szabados the female goalkeeper from Canada’s National ice Hockey team signed a deal with the guys team, right? Shannon’s will be the only girl in her new all-men team,  but they will for sure keep their distance since Shannon is off the market, she s happily married to her handsome husband Alex Ritchie.

As we already told you Shannon is married, so let’s meet the lucky guy. 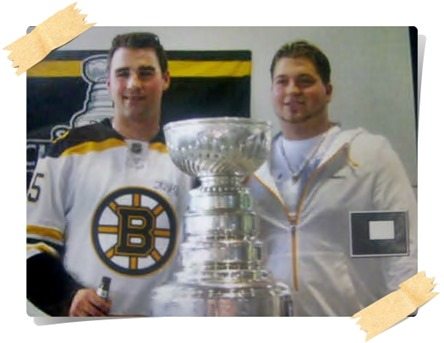 26-year-old Alex Ritchie was born Alexander Miles Ritchie on July 20th, 1988 to Kevin and Jackie Ritchie, he has two sisters Chrissy and Madison.

Like his wife Alex is quite athletic he grew up playing hockey and baseball. After his junior hockey he became a coach and has coached different ages of AAA hockey.

He and his wife met in July, 2007 it was a long weekend and  Mat Szabados Shannon’s brother convinced her to go camping at Ma-Me-O beach. Shannon spotted this cute boy wearing a hockey helmet and asked one of her friends who he was. Her friend told her that he was a goalie too and that his name was Alex and that he was a goalie too. Without hesitation Shannon smacked him in the head and started a conversation. They kept in touch after the weekend was over, eventually they started dating.