Max Randolph is not just the lucky guy dating Olympic long-distance runner Emily Infeld, but he is also her fiance. Emily was the 3000 m 2012 NCAA Indoor Championships winner while she attended Georgetown University.

Her older sister Maggie Infeld was a member of the Cleveland AAU track team, Emily followed in her footsteps and ran for the Georgetown Hoyas collegiate team.

Emily Infeld’s stalker is a 36-year-old man identified as Craig Donnelly, son of Elizabeth Applegate, a former track and cross country team member at Westmont College and later at Oklahoma Baptist University, sadly a dreadful accident on a treadmill left him unable to continue running.

One summer, while working out alone, Donnelly went for a long run outside and then started running inside on a treadmill to reach 30 miles, Smelley said. “It was an unreasonable goal. But when you’re determined, sometimes you do things that are unreasonable,” he said. Donnelly passed out and fell, Smelley said, his leg landing on the spinning treadmill belt, which cut deeply into his calf.

Donnelly married OBU’s distance runner Brandi Thompson in 2010; Brandi worked in retail and took classes at Nebraska-Omaha while Donnelly registered as a coach with the USA Track and Field.

On April 27, 2017,  while running at Standing Bear Lake in west Omaha Donnelly suffered an epileptic seizure, fell backward, and hit the ground. He underwent emergency surgery where doctors removed a section of the left side of his brain and a portion of his skull.

“As of this posting on 5/8/2016, Craig remains in the ICU …” reads the introductory entry on the GoFundMe page. created by Brandi “Doctors and staff are hoping to move him to the rehabilitation section of the hospital this week. He is awake and interactive, but still on a feeding tube and unable to walk. Doctors have yet to determine full impact.”

He couldn’t take care of himself and Brandi was granted temporary guardianship of Craig; Brandi filed for bankruptcy in July 2017, in September filed documents to end her guardianship of her husband, who moved back to his mom’s house in October 2017; she filed for divorced not long after he moved.

He later moved to Virginia and worked with a church group, his mental health started to deteriorate, he claimed he had romantic relationships with Lauren Daigle a singer in his church, and youtube and violinist Lindsey Stirling. He later started his harassment on Emily Infeld 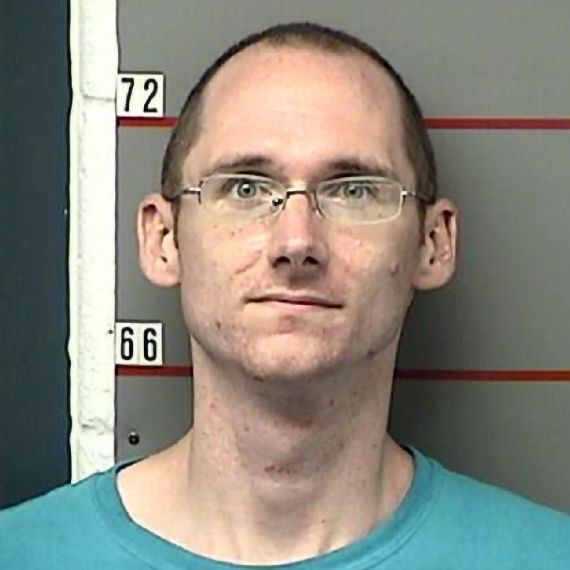 On June 4, 2021, Craig Donnelly was finally arrested in Tennessee. On June 7th he was charged with cyberstalking and interstate violation of a protection order, he can be sentenced to five years in prison with a mandatory minimum sentence of one year

“He actually called us,” Asst. Chief Richard Hickey said. “He called us because he felt like he was the victim of a scam where somebody was trying to steal his money.” When officers arrived at the motel where Donnelly was staying, they ran his identification and took him into custody when they noticed the July 2020 arrest warrant out of Oregon, Hickey said.

Read the full story on ESPN.

According to online records, Emily Infield has a net worth estimated at $3 million. She has an endorsement deal with Nike, Clifbar, Coros Wearables, Beam, and Sidekick.

Emily Infeld has a strict diet and workout regime, lots of veggies, protein, but she has a sweet tooth, so dark chocolate never fails her.

My boyfriend Max and I love to cook dinner together at night. I like one-bowl meals, so our dinners are usually big bowls of veggies, proteins, and carbs, with a hearty sauce and sourdough toast on the side. I’ve been obsessed with pumpkin lately, so the other night I made a pumpkin sauce with olive oil, salt and pepper, and crushed cashews to go on top of rigatoni pasta with chicken, sautéed spinach, and mushrooms.

If I want something a little less carb-heavy, I’ll have a bowl with roasted veggies, rice, protein, and avocado. I like to alternate my proteins—I’ll have fish two nights a week, red meat once a week, and chicken on the other nights. During the summer, we’ll grill steaks or burgers, but the grill’s mostly put up for the season.

Her diet before a race is slightly different.

The night before a race, I try to eat something similar to what I usually eat for dinner, like pasta, bread, protein, and veggies. The next morning, I wake up at least two hours before the race. My typical race-day breakfast is a bowl of oatmeal with a banana, a packet of peanut butter, and coffee. I always have pretzels on hand to snack on, because they sit really well with me. If my race is later in the morning, I’ll have a Clif Kid Z bar, which is smaller than other bars and doesn’t feel heavy in my stomach.

After the race, I love to try something I don’t usually order at restaurants. After my 10K in Boston, I had a lobster roll with chips. I love a good postrace burger, too. 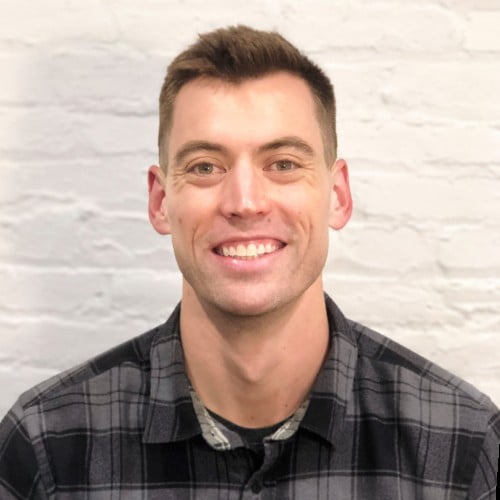 Emily Infeld’s fiance is Maxwell Randolph, they started dating in December 2017 and got engaged in March 2020. They met in 2014, while Max was working for Nike and Emily was a guest athlete, a year later he interviewed her and her coach at a running event. They reconnected in 2017, Emily was living in Portland and Max in Atlanta, their busy schedules kept them from seeing each other, but by December 26, he was back in Portland and asked her on a date, the rest is history. 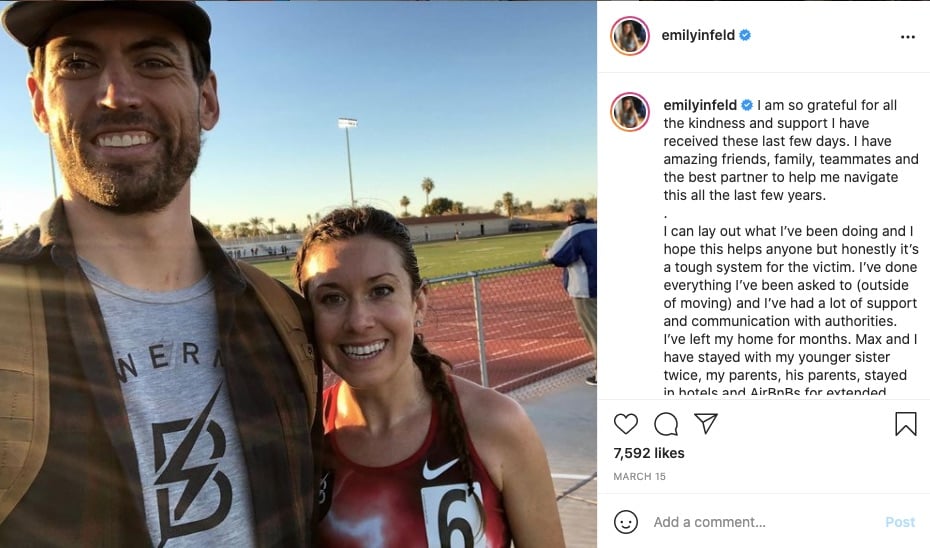 Maxwell Randolph attended Lakeside High School before he graduated with a Bachelor’s in business administration in 2012, from the Georgia Institute of Technology. He worked as an assistant coach for the Cherokee Town and Country Club from May 2009 to July 2010; around that same time, he was a sales associate at Phidippides in Atlanta.

Between 2012 to 2014, was an account executive for AirWatch, before joining Nike in Dallas in February 2014. Nowadays Max works in Nike Direct North America Footwear Merchandising. in Portland, Oregon.

Emily Infield and Max Randolph are planning to get married in san Jose del Cabo, Mexico on October 15, 2021. 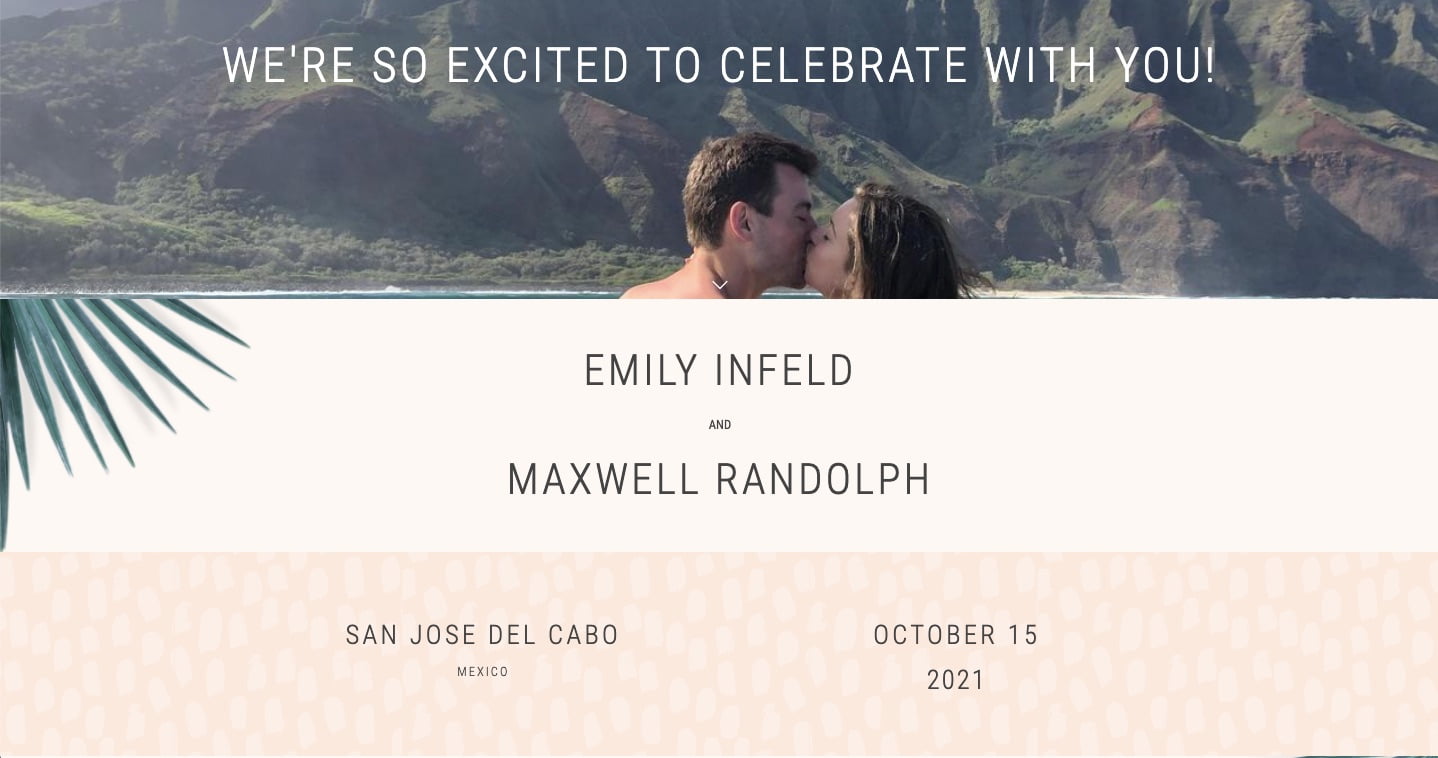