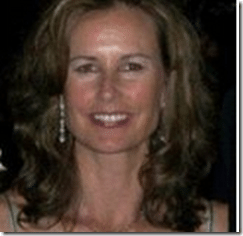 A former Spurs player turned general manager and president of sports franchises for Spurs Sports & Entertainment, that’s pretty much the description for Beth Boozer Buford’s hubby R.C Buford, not bad huh! Beth’s husband of several years now, Buford used to spend 120 days a year on the road, many in Europe, but in 2007 he made a radical change and cut that back to about 50 days. His wife, Beth, is a former player on the LPGA Tour and they have two children: son Chase born October 25, 1988, who played as a 6-3 freshman guard at Kansas, and daughter C.C. born in 1991.

Beth and husbadn are also known for doing one of the most wonderful things human beings can do; in 2004 R.C was a camp director, when he met 15-year-old Alexis Wangmene, a 6-9, 212-pound teenager from Cameroon. He and his wife Beth became Wangmene’s legal guardians! What a wonderful thing! The plan was Wangmene would play as a freshman at Texas for the 2007-2008 season. How many players can be drafted by their legal guardian?

Now the 24-year-old is a pro baller who began his professional career last year and was picked by the Austin Toros.

The couple recalls how it all began at Basketball Without Borders camp in South Africa:

Through BWB, my wife Beth and I met our adopted son Alexis, who is from Cameroon. He’s been an integral member of our family through sharing day-to-day life with him, we have had the ability to learn about a part of the world that seems unfamiliar to most. Many young men and women who have grown up through BWB are advancing careers in basketball and their lives, through the education that basketball has led them to in the US and throughout Europe, and our own family is obviously very rooted in that story.

Can you picture a 15 year old boy who didn’t speak a drop of English siting at your dinner table? Well that didn’t matter for wife or any other member of the family. For Beth’s son, also a 24-year-old Chase, he went undrafted in 2011. 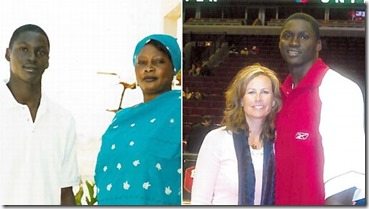 Beth Buford is originally from Lawrence, Kansas she is the daughter of Warren and Nancy Moore Boozer. She attended Lawrence High graduating from high school in 1974, she then went on to The University of Kansas.