Meet Mrs. Nanette Steffen aka Nanette Black; she is the loving and beautiful wife of MLB coach of Bud Black. He is the current manager of the Colorado Rockies; he also the coach the San Diego Padres from 2007 to 2015. Prior to becoming baseball coach, Bud was a pitcher for the Seattle Mariners; Kansas City Royals; Cleveland Indians; Toronto Blue Jays, and theSan Francisco Giants.

The first thing you need to know is that Bud Black and his lovely wife Nanette Steffen tied the knot on February 9, 1985, in Contra Costa, California. Second is that Nanette, a pediatric ICU nurse was born May 30, 1957, in San Francisco, California.

Furthermore, Bud and Nanette are the proud parents of two beautiful and amazing daughters; Jamie and Jessie, both grew up in San Diego. Jamie a graduate of Oregon State University is nowadays an interior designer; Jessie, on the other hand, a former gymnast at the University of Maryland, from where she graduated, in 2014with a degree in kinesiology and math. 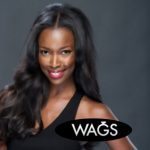 Tia Shipman Tia Shipman, a model and actress is the newest member of the second season of E!'s … END_OF_DOCUMENT_TOKEN_TO_BE_REPLACED