Model Catalina White is the hot smoking wife of WWE wrestler Jacob “Jake” Hager, Jr. better known by his ring name Jack Swagger. Her hubby of three-years Jack Swagger prepares to defend America’s honor at SummerSlam when he takes on the hulking Hero of the Russian Federation, Rusev, in a Flag Match on Sunday!

Her husband and father of her child is the lone Superstar to have notched a win of any kind — albeit, a disqualification victory — over the Bulgarian-born Russian icon.

She and the heavyweight warrior are the proud parents of a young child, but her man is not the only who knows how to move around the ring! 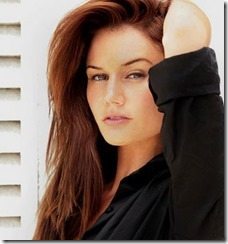 The 28-year-old from Fort Lauderdale, Florida, is a Glamour model who appeared in the pages of Maxim, FHM, and Complex Magazine. According to her Model Mayhem profile her modeling skills include: Acting, Dance, Editorial, Fashion, Fit Modeling, Fitness, Glamour, Hair/Makeup, Lifestyle, Lingerie, Parts Modeling, Spokesperson / Host, Sports, Swimwear and Underwater.

She was born January 22, 1986. White became a Diva in the WWE and she made her wrestling debut in 2008 in WWE’s developmental territory, Florida Championship Wrestling, where she took part in a limbo contest under the name Veronica Blaze.

Catalina was signed with WWE as Saylor James Between October 2008 – March 2009. She wrestled her only match, on December 18, 2008, losing to The Girl From Mexico. Later she teamed up with Eve Torres and defeated the team of Wesley Holiday and Alicia Fox. She competed in the Queen of FCW Tournament which she eventually changed her ring name to Saylor James. She was released from WWE’s FCW in 2009 and soon after started dating Swagger.

According to online info, she attended Fort Lauderdale High School graduating in 2004 and went on to University at Buffalo in N.Y. 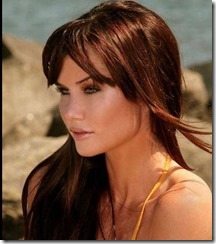 In 2007, White was profiled by Maxim.com as a “Hometown Hottie”. She also appeared in Complex magazine as a “roller girl” in March 2008. Around the same time, she landed a record deal, singing pop music. In September 2008, she posed for Maxim.com, and she had also begun recording her album. 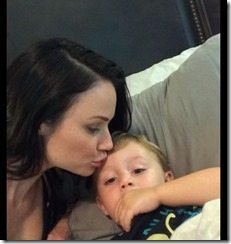 White married Jack On January 9, 2011, and they welcomed the couple’s only child, a son whom they named Knox Stribling, on October 17, 2011.

The model, wife, former WWE Diva and mother of one was involved in a tape in 2009. The tape featuring her was released by Shane’s World.