This gorgeous gal is Ximena Pippo; she is the lovely wife of Uruguayan soccer player Cristian Stuani, the 6’1 striker for the Uruguay National Team and the Spanish club Girona. Stuani born in Tala, started his career with the Uruguayan club Danubio F.C. in 2004; subsequently joined Bella Vista and Reggina in 2008.

In 2010 signed with Levante and Racing Santander in 2011 and later with Espanyol; Stuani played for Middlesbrough F.C. in 2015 and finally in 2017, landed in Girona. 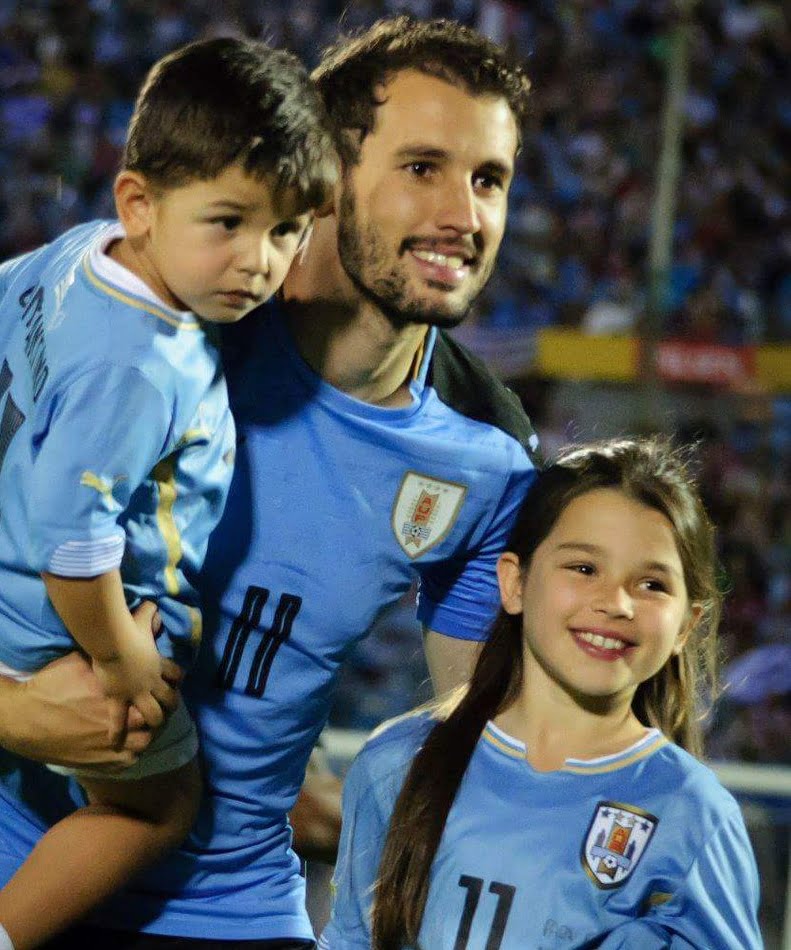 Stuani and his beautiful wife Ximena, 30, have been married since July 10, 2010; Xime also from Uruguay and her fab husband are the proud parents of two gorgeous and amazing children; daughter Josefina and son Constantino, born on November 8, 2013.