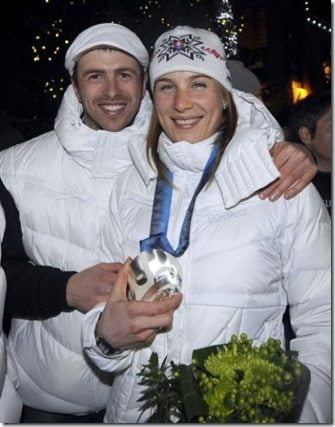 Meet 36-year-old Daniel Kuzmin, also found as Daniel Kuzminovci –he is the proud husband of Slovak biathlete and current Olympic champ, Anastasiya Kuzmina. Daniel’s wife Anastasia, won Olympic gold in the biathlon sprint in Sochi. Kuzmina also won gold in this race in Vancouver. She has become the first biathlete to win individual races in one discipline in two consecutive Olympic Games.

Her husband and coach Daniel Kuzmin, was born February 21, 1978. Daniel has competed for Israel in cross-country skiing but is not currently active. In 2010 he did not qualified for the Olympic Winter Games but was still a member of the Slovak Olympic Team.

Both being athletes they had to make a choice and Daniel’s wife said during an interview after her win in Vancouver:

It was obvious that one of us will have to give way to form a background to the other could achieve results. We were debating who has the better chance. In his case it was not clear whether it would also fund a work interesting, because on top in his field have been much younger, and keep up with them … Had he stayed with the sport, I would sparingpartnerku he could not do. This means that I was sitting at home with the child and family would take care of.

Although Daniel saw that he would have to withdraw from professional sports this win is as much as his, as his wife’s. He looks happy, he has said that he enjoys it and managed to train her. So, it brings us to the next question, is it hard to obey hubby?

I am an adult, I have your opinion on things and even say it. Regarding the sports pages, I can always count on Daniel, but as a man sometimes does not read what a woman, therefore some of the things said. Sometimes it takes more time, but in the end always understand. (Slovak translated)

The couple tied the knot in April, 2007 and became parents of one child, a boy named Yelisey, born in 2008. 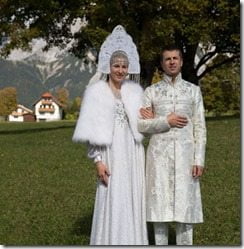 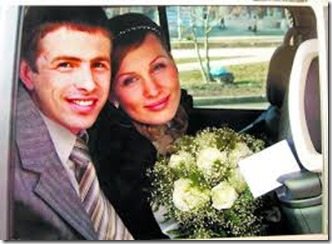 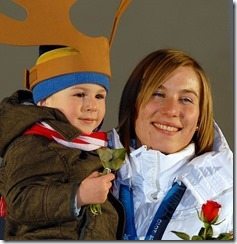 With the notorious success of his wife, even after childbirth, Daniel has been described as one of the best coaches of Slovakia biathlon. So what’s the secret to his wife’s triumph? Nastia’s –as she is better known –hubby reveals

“For four seasons, we prepare almost the same. Something we changed or added as needed. After a twelve-day stay Leopoldov vagrant five days at home, then traveled to three weeks into the Canadian Canmore. We tried it last year, it worked well. It is one of the few places in the world where you can ski from October at an altitude of 1,400 meters – such is the Sochi.

He moved to Slovakia in 2007 and the couple currently resides in Banska Bystrica. Congrats to the couple!