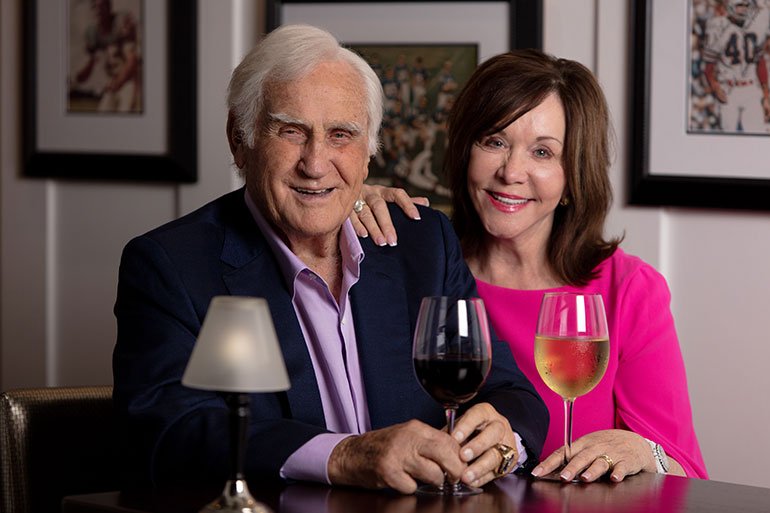 Mary Anne Stephens  Shula aka Mary Anne Shula was the loving wife of former NFL coach Don Shula; Coach Shula once a defensive back passed away at the age of 90, on May 4, 2020.

Don Shula started playing football at Painesville Harvey High School and subsequently at John Carroll University, from where he graduated with a major in sociology and a minor in Math in 1951.

The Cleveland Browns selected him in the 9th round (110th overall) in the 1951 NFL Draft. Two years later he played for the Baltimore Colts before retiring with the Washington Redskins.

Two years later, the was inducted into the Pro Football Hall of Fame.

As previously noted, Don Shula has been married twice, prior to Mary Anne, he married Dorothy Bartish from July 19, 1958, until her death from breast cancer on February 25, 1991. The Don Shula Breast Cancer Research was founded that same year.

74-year-old Mary Anne Shula born Mary Anne Stephens on July 7, 1945, in Coal Hill, Arkansas Mary one of six children born to a soybean farmer and a bible teacher and a nurse.

She met Don Shula in 1992 at a New Year Eve’s part at the home of golfer Ray Floyd in Indian Creed Island, Florida.

They started dating that spring and tied the knot on October 16, 1993, at St. Joseph’s Catholic Church in Miami Beach. Don became Mary Anne’s fourth husband. She was 18, when she married her first husband John Maddox Smith, and 24 when she married her second James Keller; a daughter and two sons were born from her those two marriages.

March of Dimes named her Arkansas Citizen of the Year in 1990. Mary Anne and Jackson Stephens divorced in 1991. She walked out with $1 million a year for the rest of her life and a  13,300-square-foot house in Indian Creek Island, Florida.