Emma Louise Jones is a stunning TV presenter hailing from the U.K.; she has been stealing the show while presenting for Leeds United.

The stunner is currently employed as the presenter @LUFC as well as a radio presenter for the Breakfast on @Signal1Official. Emma was born in 1990 and in addition to her jaw-dropping looks, she’s also a talented presenter.

Believe it or not, the voluptuous blonde never liked football growing up; however, she’s developed a talent for TV hosting. Emma is mostly in charge of conducting post- and pre-match interviews for the streaming service. She shares hosting duties with fellow DJ Rich Williams. 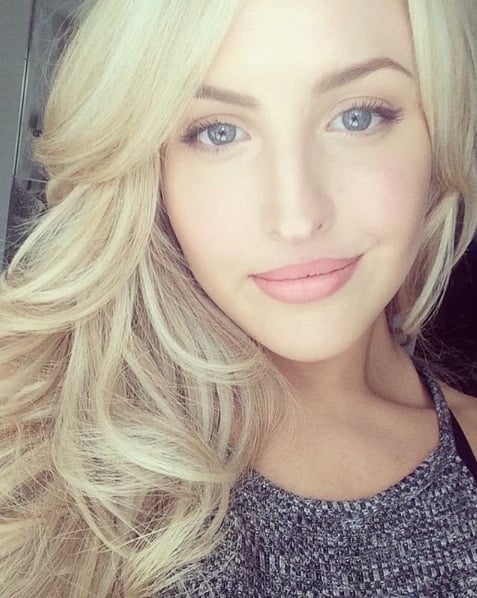 Emma gushed about her job on Leeds United TV, telling to Ourtown magazine “I never used to be a football fan. But since doing Leeds I’ve become one! The atmosphere, passion and buzz rubbed off on me very quickly and now I’m the noisiest spectator watching from the gallery.”

Prior to Leeds, Emma began her career as a newscaster, however she found it difficult having to ask hard questions to her interviewees.

The lovely host had to face the ugly side of being a popular figure when in 2016, people had used her photos to set up fake accounts on dating app Tinder. According to The Sun, a user even said her name was Anna and that she worked at Morrisons. Others used her photo and pretended to be stewardesses and shop assistants to try and get dates.

Most recently she stole fans’ attention during England’s World Cup warm-up win over Costa Rica –with fans constantly tweeting about her looks as she sat behind the dugouts.

Fans will be glad to know the blonde appears to be single for the time being. However with her newfound fame, that may change fairly soon.