Ian Raducano and his lovely wife Renee Raducanu are first and foremost the proud parents of British tennis player Emma Raducanu, the young athlete who, after retiring from Wimbledon for shortness of breath, is finding revindication at the 2021 US Open.

At the beginning of her career, Emma Raducano had an endorsement deal with Asics; she later joined Nike and Wilson. However, more sponsors could be knocking on Emma’s door as you read this.

‘I haven’t had this many calls from clients, major brands, who are interested in her since Lewis Hamilton broke through in Formula One. If she wins [the final] she will become one of the hottest properties in British sport, if not the hottest.’ said Tim Crow, a sports marketing consultant.

At only 18 she is now going to sky rocket both in the sports world but also as a celebrity. She now has the star power of crossover athletes like Serena Williams and Andy Murray.  She will have brands throwing themselves at her and it’s now time for her to carefully decide which offers can be the most lucrative, brand appropriate, age appropriate and have the most longevity.

If a top fashion or cosmetics brand is looking to appeal to a younger demographic then she is the perfect choice to bring new fans. I don’t see her working with fast fashion but more established companies who have strong brand identity.  At her age she will no doubt be conscious of the environment so brands like Stella McCartney’s and Victoria Beckham’s would be a perfect choice.

Emma’s parents are Ian and Renee Raducanu. For work reasons, Ian and Renee were living in Toronto, Ontario, when they welcomed their daughter Emma on November 13, 2002; by 2004, when Emma turned two, they moved to England.

“I think my parents have both instilled in me from a very young age to definitely have a positive attitude on the court. Because when I was younger, it was definitely an absolute no-go if I had any sort of bad attitude. So from a young age, I definitely learnt that, and it’s followed me until now.” 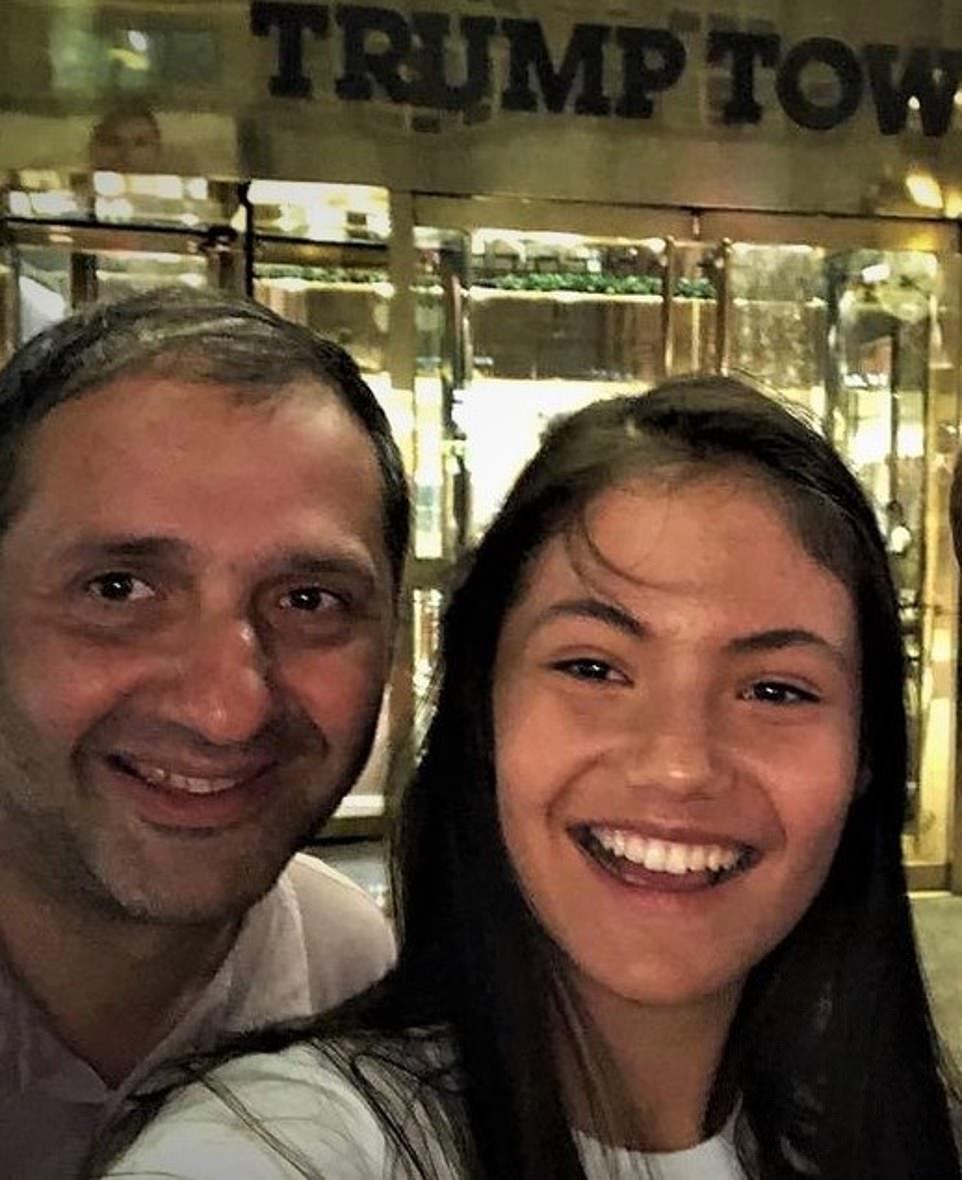 Emma’s dad, Ian Raducanu, was born in Romania and is a financial executive. Ian Raducanu introduced Emma to a variety of sports, including golf, dirt biking, and go-karts.

“He’s all about being different,” she says, “and not caring what other people may have thought at the time. When I was younger, I was the only girl in my group karting or doing motocross, and I thought it was pretty cool,”

Ian Raducanu said he was proud of Emma after she retired from Wimbledon.

‘I think it’s the level. Who knows?’  But he said he was ‘proud, as many people are’ of his daughter’s Wimbledon run.

Ian Raducanu, according to Emma’s coaches, is a man who is not afraid to say what he has on top of his head; he is also in charge of her career, hiring and firing coaches.

“His outlook on tennis is wide-ranging and he is happy to think outside the box. He spent time last summer working with Raducanu and helped her change her racket provider to the one she uses today.

His outlook on tennis is wide-ranging and he is happy to think outside the box. As a coach, he challenges you – his view is the coach does not necessarily know everything. I thought he had a good handle on what the particular needs of his daughter were. 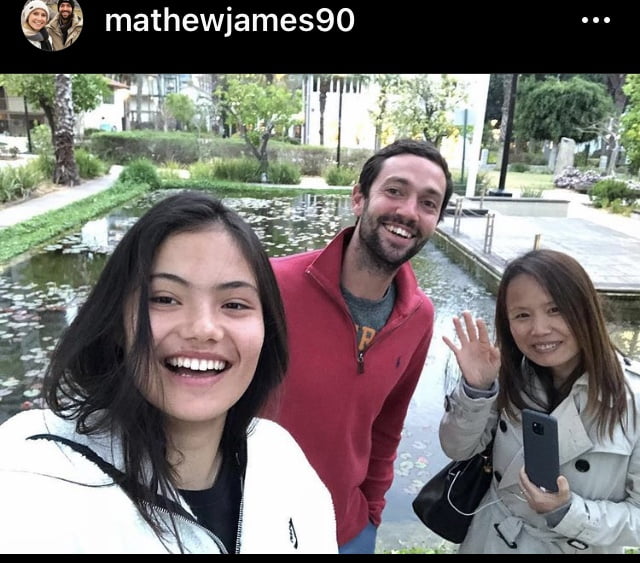 Emma’s mom, Renee Raducanu, also a financial executive, was born and raised in China. Pretty sure Renee is very proud of Emma; she was visibly shocked when Emma had to pull from Wimbledon.

Emma Raducanu was a bit more conventional parent than her husband; while he had Emma doing motorsports, she took her to tap and ballet lessons; Emma said her parents are the people she wants to impress the most.

“They’re very tough to please and have high expectations,” she says. “So that’s a big driving factor as to why I want to perform.” They’re not ones given to big celebrations. Instead, their role has been “to keep me grounded,” she continues.

“I think they’ve done a really great job. Because I don’t feel like anything is different, in a way. I was straight back to work. And I think that’s a result of many years of them just being super-focused, and not getting too high, but at the same time, not getting too low when the losses come.” After her final Wimbledon match, “they said, ‘I’m proud of you.’ That was all I needed.” Emma told Vogue.

Some sites claim Emma Raducanu isn’t an only child and added that she has a younger brother; however, there is no Raducanu brother on her social media or watching her matches with her parents. 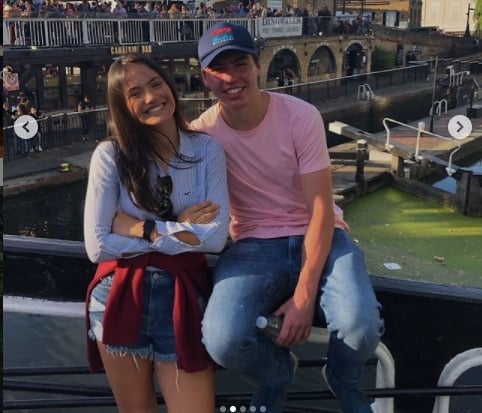 Emma and Ben are not dating, but it looks like Emma could start dating English t.v. Presenter and single Harvey Leigh Cantwell, known as HRVY. 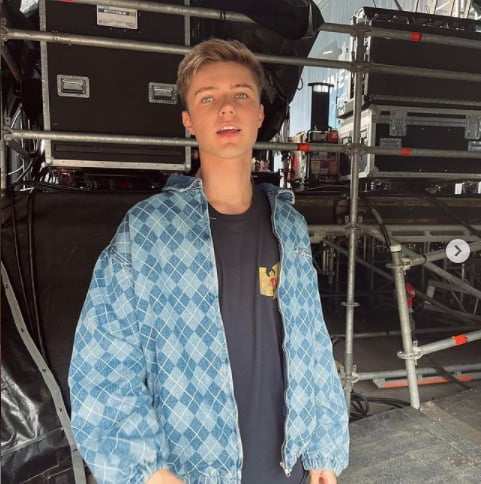 “HRVY watched Emma play at Wimbledon and thought she was stunning, so he decided to get in touch with her.

“She was really flattered by the attention and they have been swapping messages… It’s very early days for them but they do seem to get on well.”