Barcelona fans greet a new wag, Juncal Díez is the beautiful wife of Barcelona’ new manager Ernesto Valverde. He will replace former coach Luis Enrique who left the Catalan club after the 2016-2017 season. 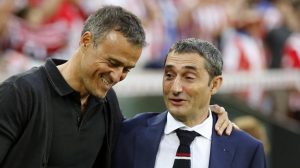 Valverde born on February 9, 1964, in Viandar de la Vera, Caceres is forward soccer player who played with Espanyol, Atletico Bilbao, nd Mallorca to name a few. After he retired, became the coach for Spain U21, u23 and National teams between 1986 and 1990. 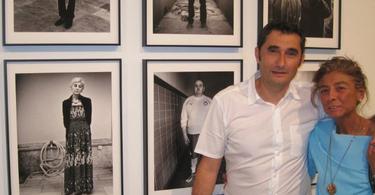 We encountered a few problems regarding his personal life, ever for the Spanish media, Valverde’s wife Juncal Diez is sort of a mystery. Thus, far we know that they have been married for nearly 20 years and have three teenage kids.