This pretty young lady is Nina Ghaibi; the stunning girlfriend of Canadian tennis player Felix Auger Aliassime, he reached his career-high ranking of world #15 on July 12, 2021. Felix reached the quarterfinals at Wimbledon in 2021 and semi-finals at the US Open.

6’4″ Felix Auger Aliassime, was born in Montreal, Quebec in Canada on August 8, 2000. He is the youngest child of Sam Aliassime and Marie Auger. Felix’s older sister is Malika (b. 1998) who is also a tennis player.

Both Felix and his sister Malike started playing tennis at a young age, both coached by their father; they subsequently joined the Académie de Tennis Hérisset-Bordeleau in Quebec.

6’4 Felix Auger Aliassime is one of the children born to Sam Aliassime and Marie Auger. 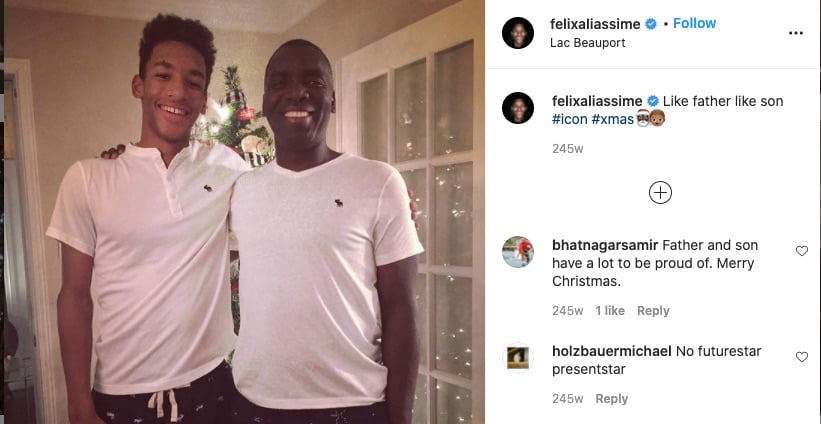 Felix’s dad Sam Aliassime hails from Togo in West Africa, he is a tennis coach who emigrated from his hometown settling in Montreal where he met his wife Marie Auger. Sam takes care of hischildren’s careers; he trained with Felix until he turned 13.

“My mom isn’t a sports fan, and my dad didn’t know what hockey was until he got to Canada,” Felix told ESPN. “Our parents wanted me to be a complete athlete, so we played all sports, but tennis always was at the top.” 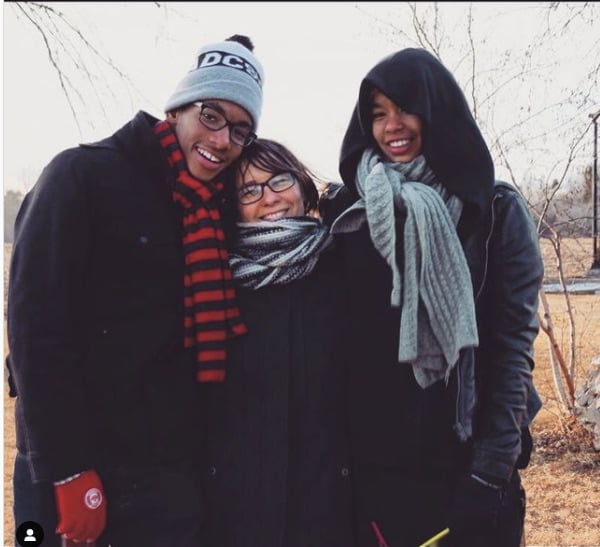 French-Canadian Marie Auger originally from Motreal is a  children’s psychology teacher, who even though didn’t know much about sports made sure her children stayed grounded.

“I tried to be the balance at home. I have good communication with my kids and they know that they can confide in me. It is not always easy being the parent of a professional tennis player, but I have grown into that role. When Felix is playing in a tennis tournament, he is at work. I keep a positive attitude and make sure he feels supported, but I leave the tennis up to him.”

“As a mother, I of course want my son to excel in the world of tennis, but I often focus on his attitude when he is on the court. Since he was a child, Félix has had an aura when he steps onto the court, he is passionate and driven, but also displays his sensitive side. He is not just a good player, he is a good person. 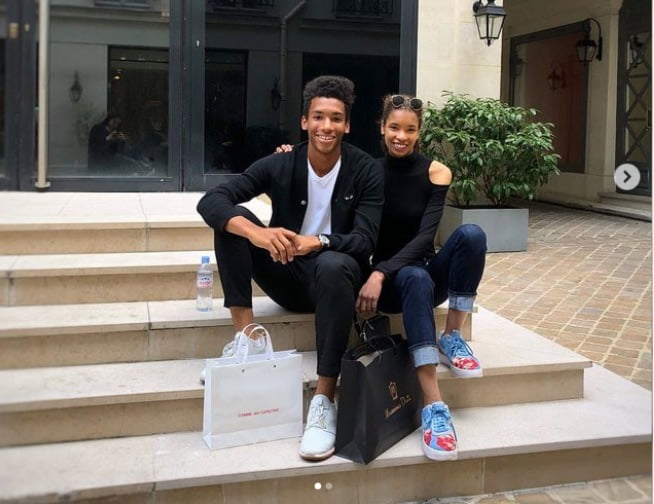 Malika  turned pro in 2015, made her debut in September that same year at the Coupe Banque Nationale.

I always wanted to play in the WTA and I hope to pursue this dream at college. Tennis’s not only my passion, it!d my life and I’m ready to give everything to succeed. I like to work hard and I’m persevering, perfectionist I think that’s what make me different from others.

I never give up and I know the meaning of the word sacrifice. I’m not gonna lie, I’ve been hurt a lot two years ago and I had to stop one year, but that only make me stronger. I appreciate now every single minute on coart and I know that everything is possible if you believe in yourself.

Canadian tennis player Felix Auger Aliassime has a net worth estimated at $3.5 million. He has earned roughly 3,721,486 in prize money.

Felix Auger Aliassime had an endorsements deal with Nike, but after he parted ways with Nike Felix joined Adidas, as well as Babolat and Tag Heuer.

Big things are expected from this talented young athlete, but his girlfriend Nina Ghaibi is one talented gal herself. 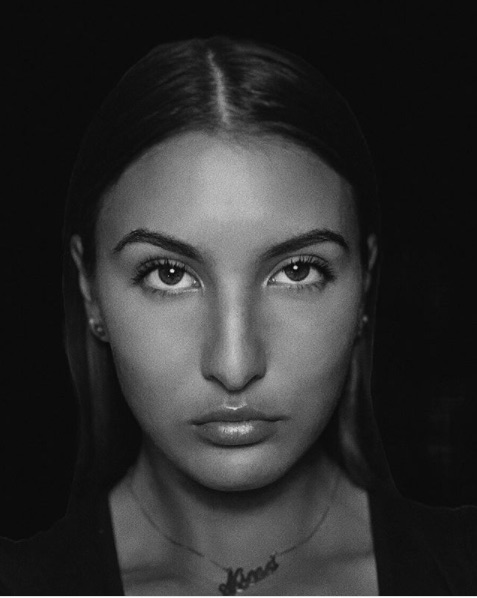 Croatian stunner Nina Ghaibi was born on June 19, 2000; she has an older sister Cilia born on September 9, 1994; both sisters are equestrians. She is close friends with Croatian tennis player, Ajla Tomljanovic. 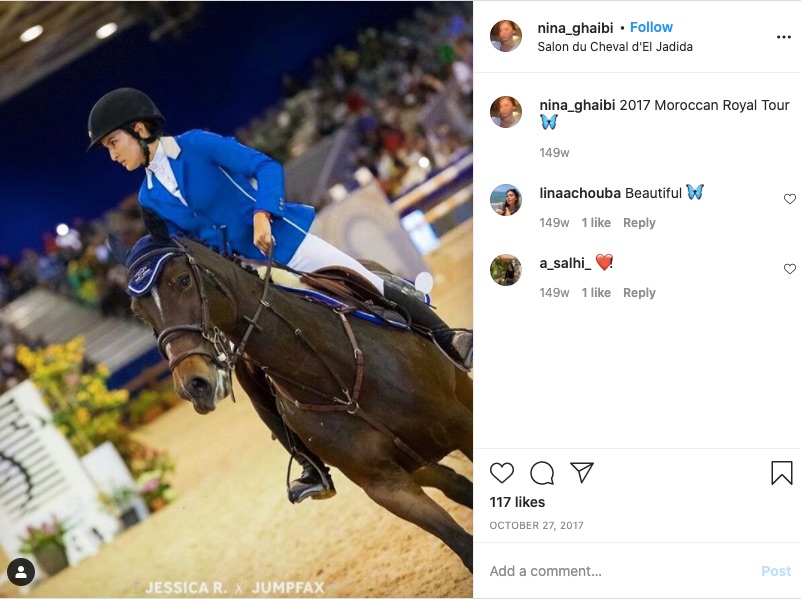 Certainly, Nina and her sister followed their dad’s steps, Karim Ghaibi, 53, is an equestrian as well. Her beautiful mother Jasmina, 51, graduated from Barton College. 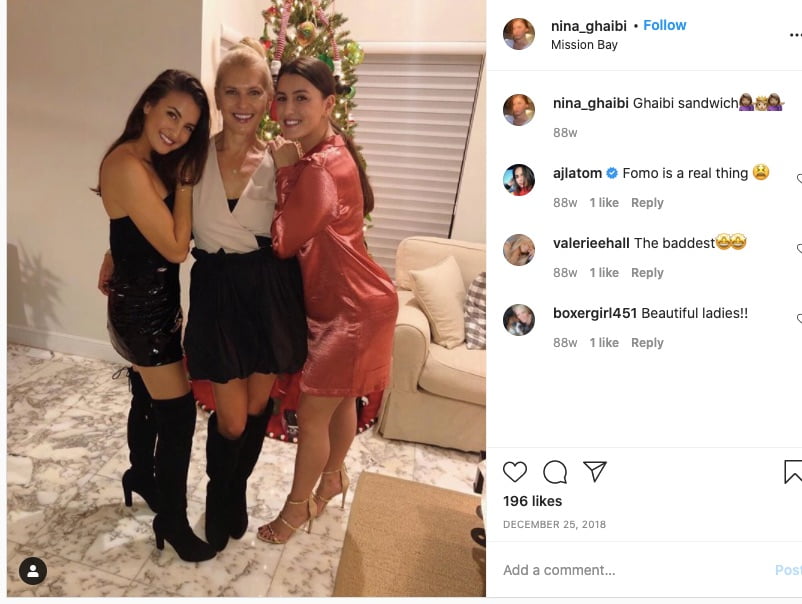 Nina and her family, reside in Huntersville, North Carolina.