This lovely gal is Mrs. Mayme Greer; wife of former NBA player Hal Greer. 6’2″ Greer a native of Huntington, West Virginia played shooting guard for the  Philadelphia 76ers  from 1958 to 1973. Prior to the NBA, he played college basketball at Marshall University. 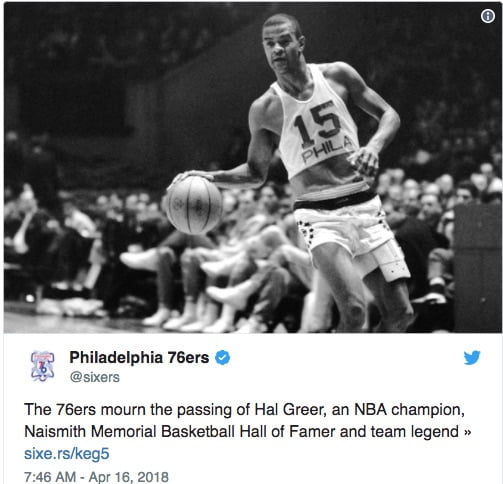 Greer first attended Douglass High School in West Virginia, before heading to Marshall University in Huntington. The Sixers, formerly known as The Syracuse Nationals selected him in the second round, 13th overall in the 1958 NBA Draft.

According to records online, Hal and his wife Mayme Greer, 78, tied the knot in 1965. They had three children together; daughter Cherie Yvette, 45, Kelly Denise, 51, and son Harold E. Jr. 49.