You all know Martin Fourcade; the French Biathlete who has won several gold medals has his pretty longtime girlfriend Helene Uzabiaga by his side. Let me talk to you about this Fab Olympic WAG!

Martin Fourcade was born on Ceret, France on  September 14, 1988; Martin took up the sport at the age of 10, his older brother Simon is also a biathlete representing France.

Fourcade who trains with  Stephane Bouthiaux  and  Siegfried Mazet fractured his left shoulder  in October, 2008, daring a training session in Bessans, France; and dislocated his other shoulder during a fall in Germany in December, 2012.

There isn’t much information about Fourcade’s pretty lady Helene, some French sites referred to Helen as Martin Fourcade’s wife, for all that we know they have been dating for quite sometime, but there was nothing marriage related about then.

Helene Uzabiaga who met Martin when they were 12, is a teacher with whom he has been living for almost two years, they reside in Oslo, Norway, with their two beautiful children  Manon born on September 10, 2015, and the youngest Inès born on March 23, 2017.

Danielle Conti is one lucky girl, her boyfriend and soon to be husband is Mark Herzlich, the NFL … END_OF_DOCUMENT_TOKEN_TO_BE_REPLACED 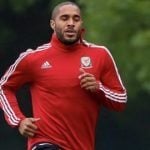 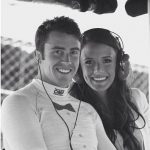 Miranda Tingley This stunning lady is Miranda Tingley; she is the girlfriend of race car driver … END_OF_DOCUMENT_TOKEN_TO_BE_REPLACED