Freshman Year: He recorded 23 receptions for 313 yards and three touchdowns, in 13 games, he started in seven, his freshman year.

Sophomore Year: Recipient of the 2019 Biletnikoff Award, unanimous All-American, and unanimous first-team All-SEC by the Associated Press, had 84 receptions for 1780 yards, 20 TDs in 14 games. The LSU Tigers finished the season undefeated, they won the College Football National Championship, in that game Ja’Marr Chase had nine receptions for 221 yards and two touchdowns.

In August 2020, he announced he was not coming back to college before the 2020 season.

“The competitor in me badly wants to play the season and go to war with my brothers, but during this time with so much going on, this is what’s best for my family,” Chase wrote as part of his statement. “… I cannot ignore what I feel in my heart, and this ultimately is the best decision for me. I’ll look forward to returning to the field in 2021.”

“After 2 weeks of discussing with my family, I have decided to officially declare for the 2021 NFL Draft. #Chosen1,”

On April 29, 2021, The Cincinnati Bengals selected Ja’Marr Chase with the 5th overall selection in the first round of the 2021 NFL draft; Chase reunited with Joe Burrow and defensive tackle Tyler Shelvin who was drafted by the Bengals in the fourth round in the 2021 NFL draft.

As of 2022, Ja’Marr Chase’s net worth has been estimated at $20 million. In addition to his NFL salary, he earns from his endorsement deals with Bose, Progressive, Raising Canes, and Rocket Mortgage. 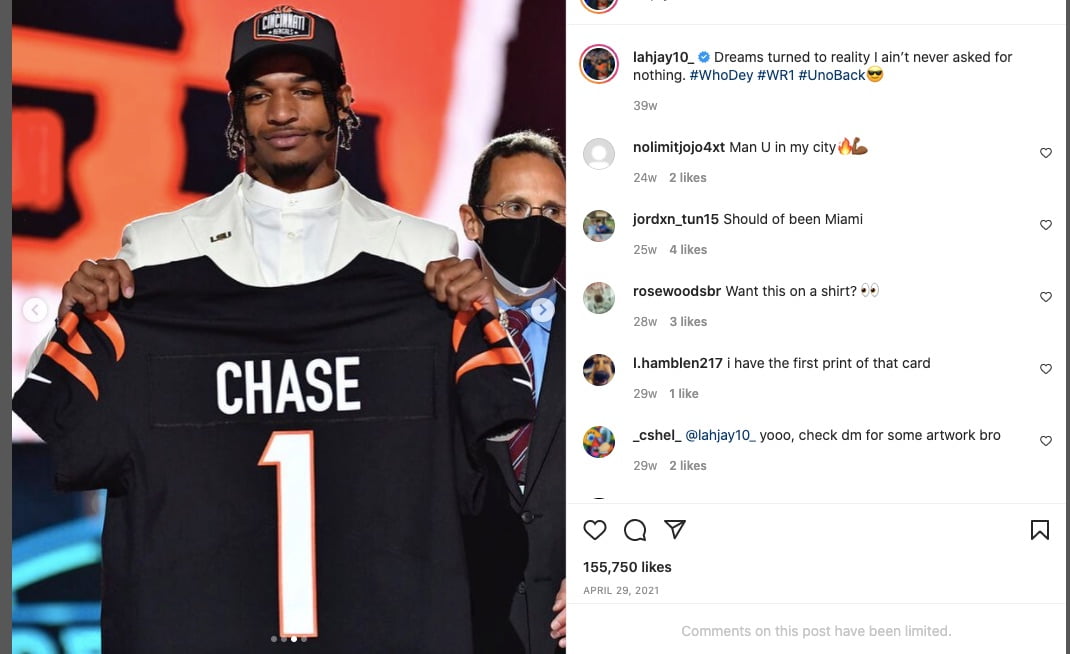 Cincinnati Bengals fans looking for Ja’Marr Chase #1 Jersey, you can find it at the Bengals Shop, the NFL Shop, Fanatics, Amazon, and ’s Sporting Goods.

Ja’Marr Chase was born on March 21, 2000, in Metairie, Louisiana, he is one of the children born to Jimmy and Toeleah Chase. He has four siblings, brothers Terell Young, Jimmy Jr., and sisters, Mia and Taylor. 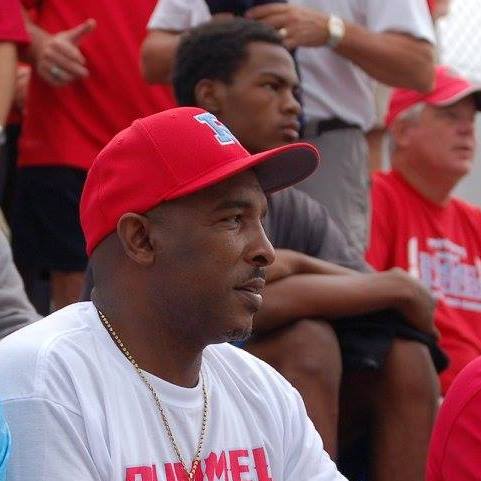 Ja’Marr Chase’s dad Jimmt Chase posed with Joe Burrow’s dad smoking a cigar after the Bengals defeated the Kansas City Chiefs advancing to the Super Bowl for the first time since 1988. 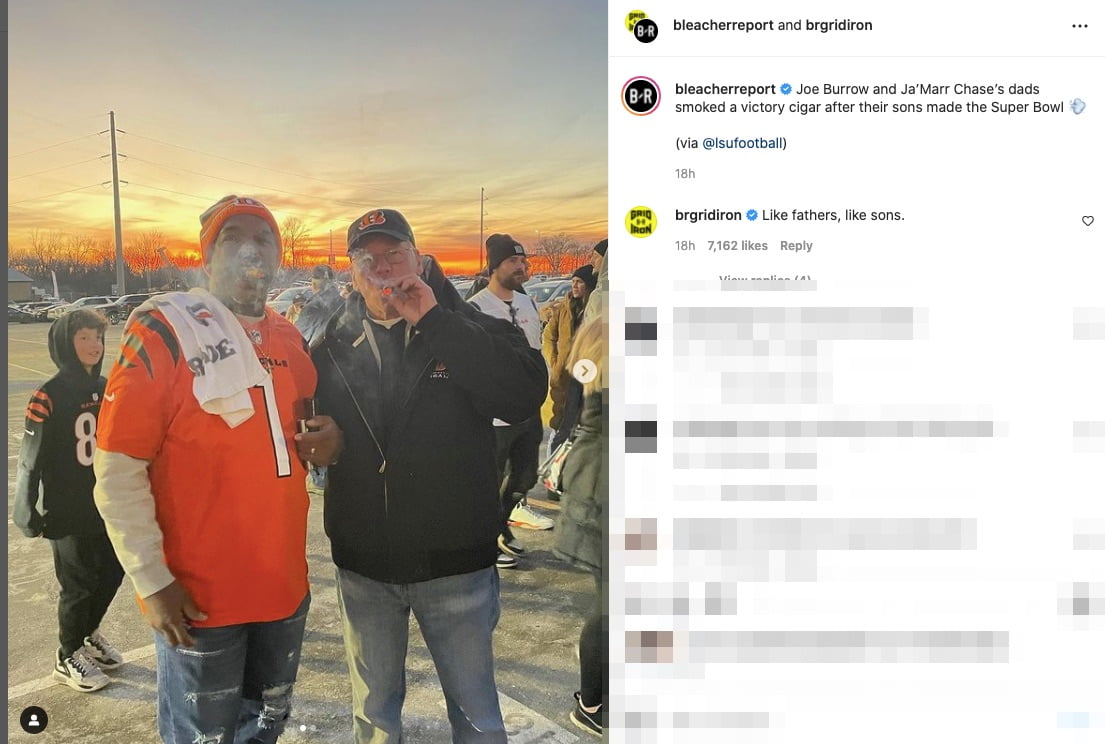 Jimmy Chase Sr. a former defensive back at Alcorn State now a public speaker was born on March 21, 1964. He graduated in 2013 with a Master of Social Work from Southern University at New Orleans,  where he was also a member of Students for the Prevention and Education of Substance Abuse (SPESA), and Psychology Club, Men of Social Work and Phi Alpha Social Work Honor Society.

Mr. Chase was a social service worker for the Metropolitan Human Service District and president and CEO at JCCSolutions Empowerment. He currently is a drug court clinician at the Family Services of Greater New Orleans and case manager for the Criminal District Court.

Ja’Marr Chase’s mom, is quiet and reserved, her son got some of that in his personality, so you can imagine how surprising it was for Toeleah to see Ja’Marr dancing in the end zone.

“never seen Ja’Marr dance before. Not at family functions. Weddings. Nothing. Not even at his own high school graduation party. I laugh when I see the videos,” Toeleah said. “So, I’m just happy he’s happy. You know what I mean? And I always told him, ‘Enjoy it while you can, baby.'” 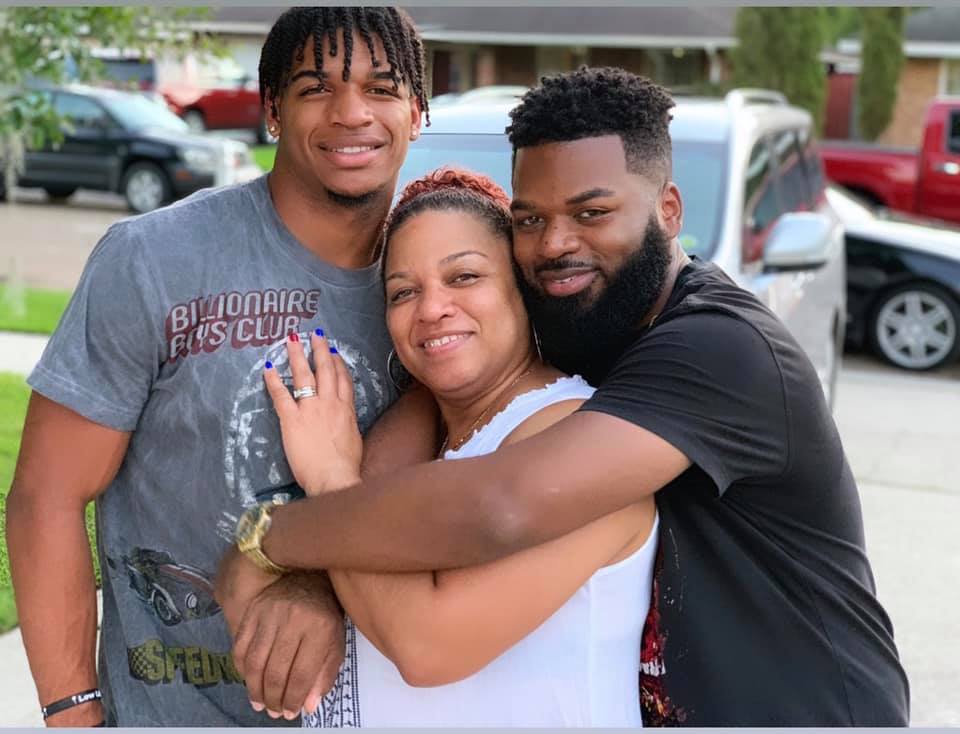 Mrs. Toeleah Chase was born Toeleah Smith on May 1, 1971. She attended West Jefferson High School. Toeleah is one of the children born to Climon Smith and Thais Woods Smith, who sadly passed away on January 16, 2018. 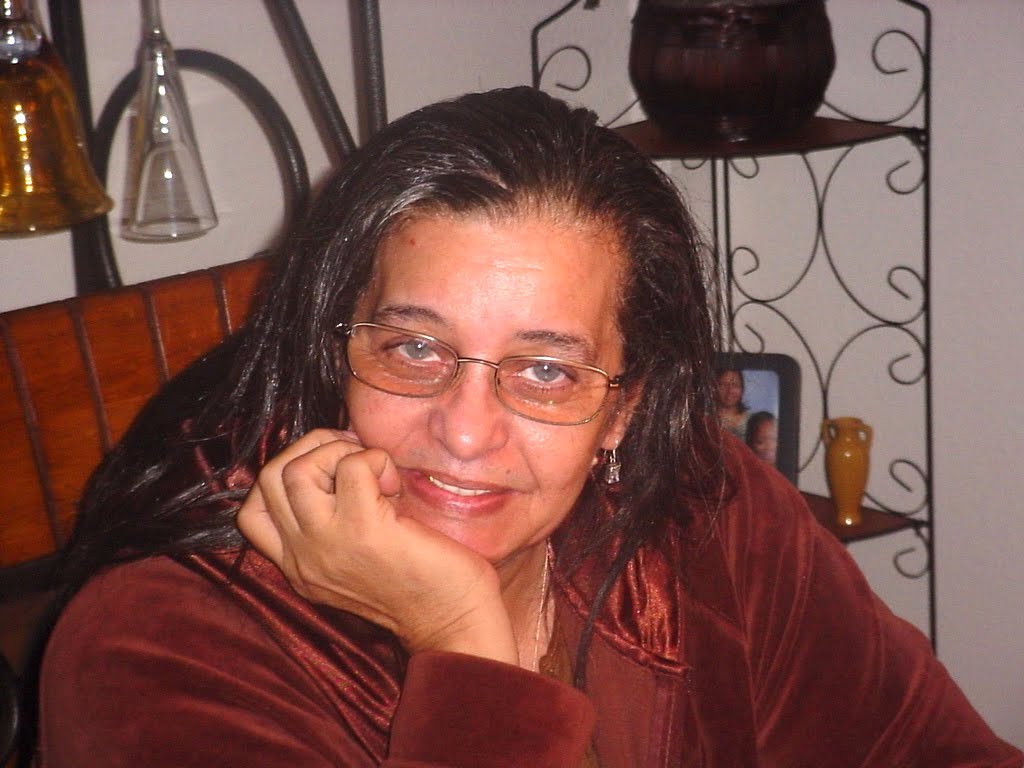 As noted Ja’Marr Chase has two brothers Jimmy and Terrel Lee and according to Stars Offline, on April 30, 2020, his sister Taylor and Mia were pretty excited when the Bengals drafted him. 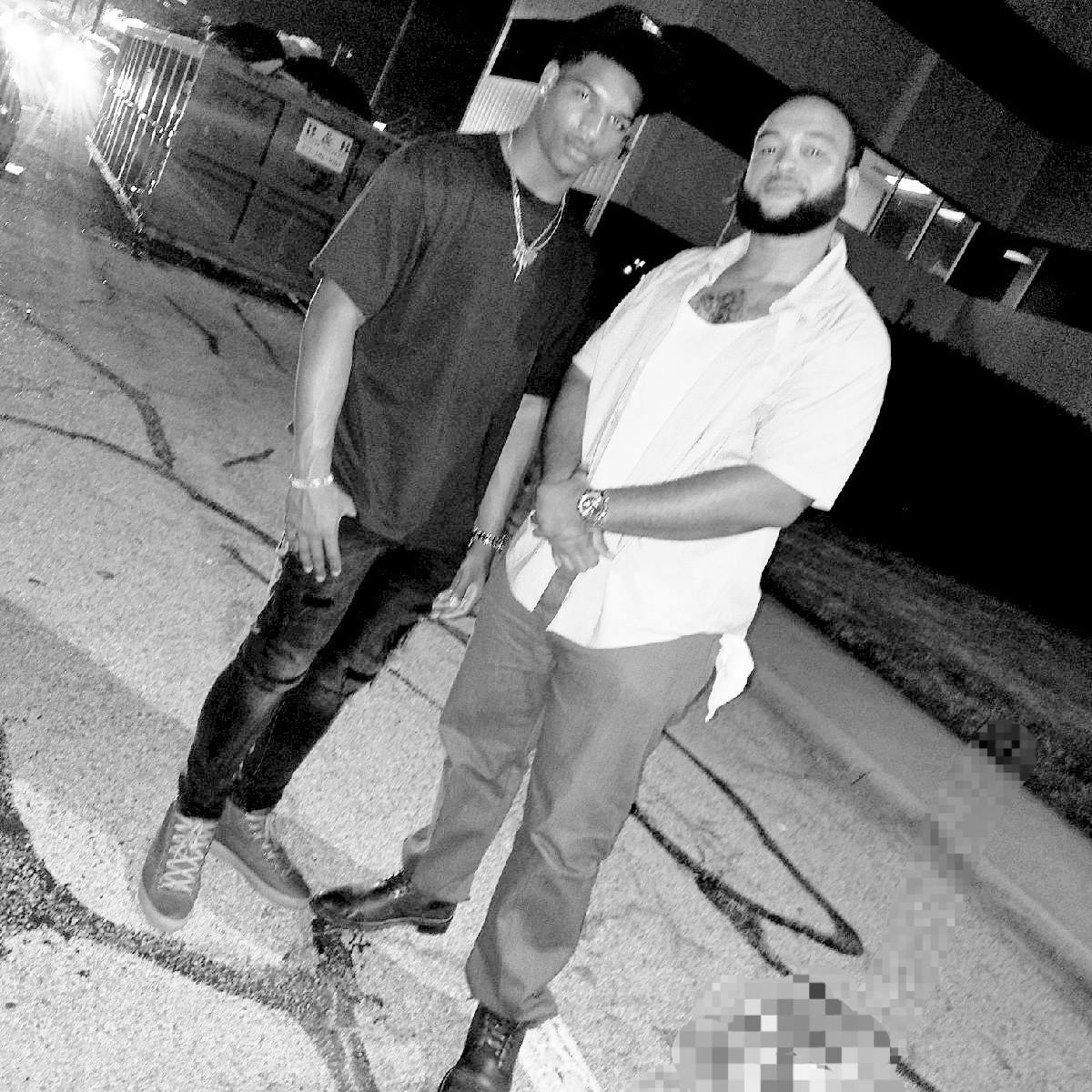 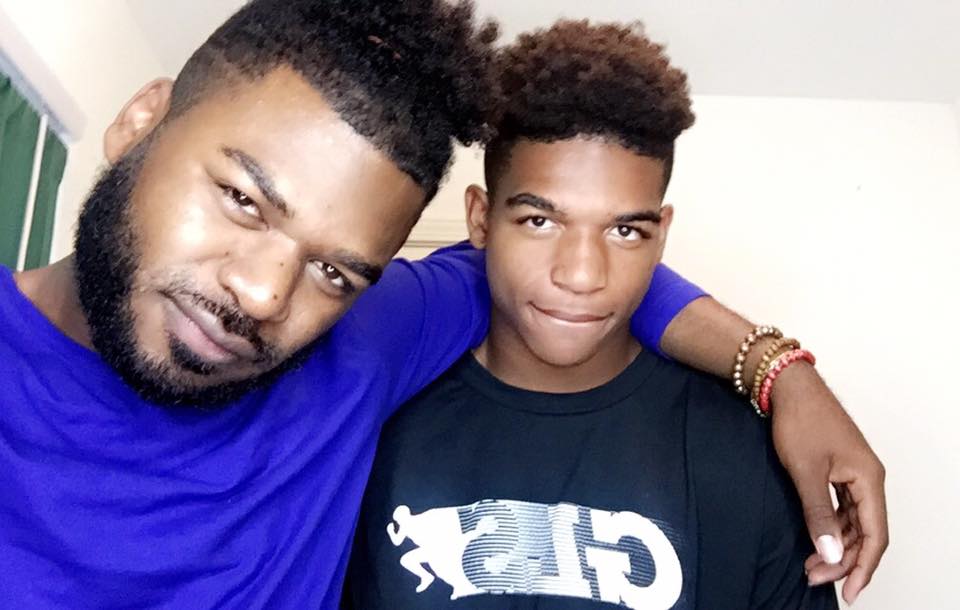 His other brother Terrell Lee Young (from his mom’s side), there is not much info about this handsome guy except that he attended Helen Cox High School. 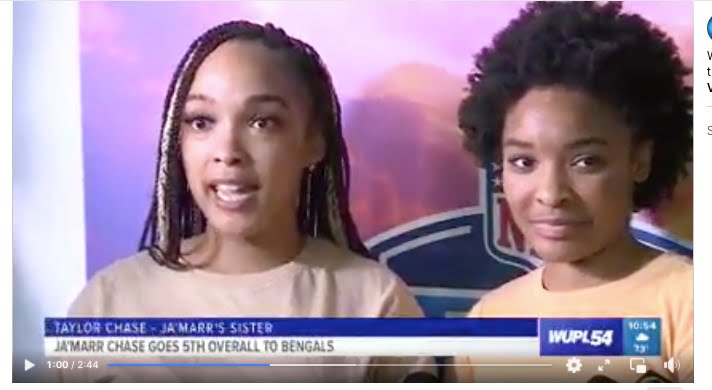 His pretty sister Taylor Goldie Chase who spoke to the media when he was drafted, standing next to her was Ja’Marr’s equally beautiful younger sister Mia.

Either Ja’Marr Chase is pretty good at keeping his girlfriend out of the public eye or he doesn’t have a girlfriend, what do you think? 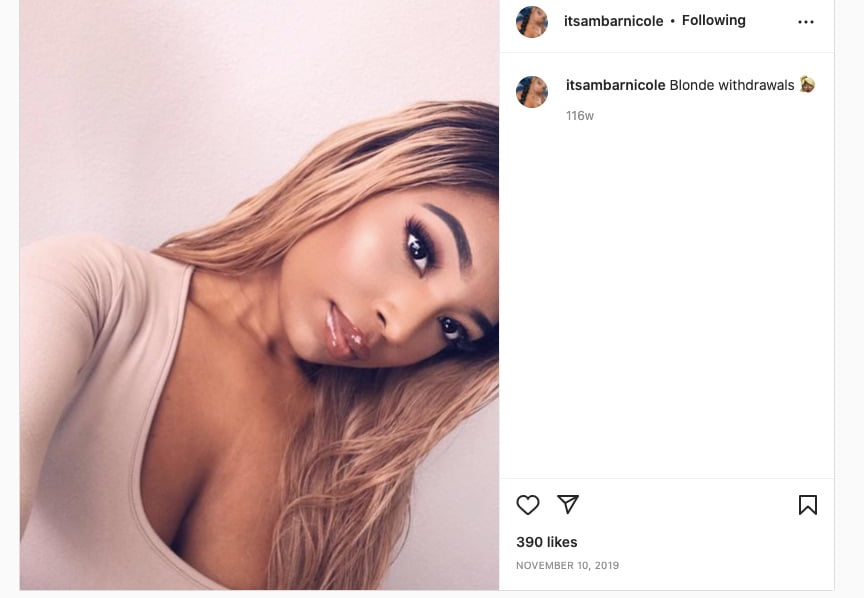 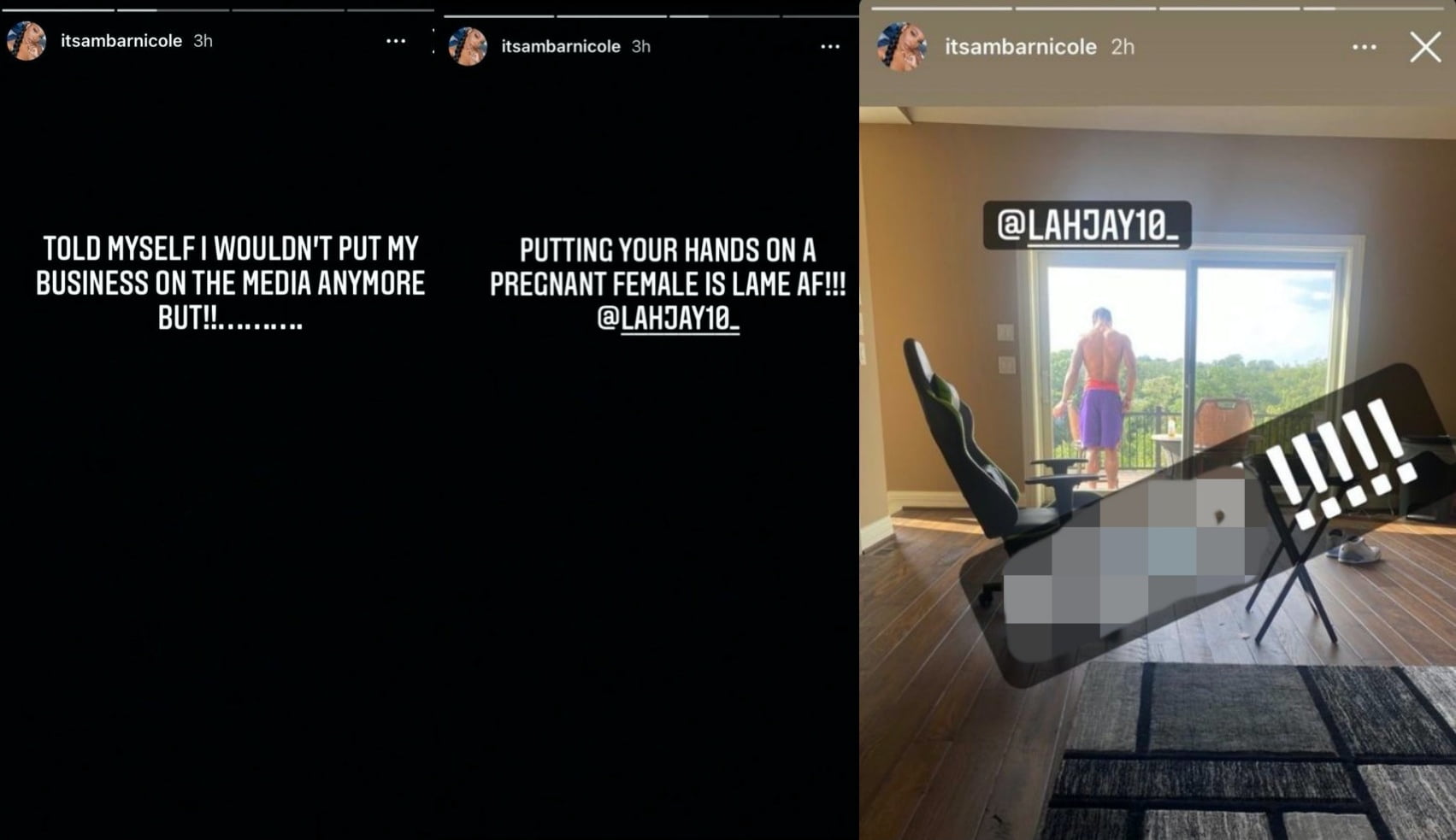 Last August Instagram model Ambar Nicole who said she dated Ja’Marr Chase also accused him of hitting her while she was pregnant. Ja’Marr denied hitting her.