Jean Jo Mason aka Jean West is the beautiful wife of MLB umpire Joe West. One of the most beloved umpires in the MLB, so several people were incredulous over his three games suspension, for the comments he made about Adrian Beltre last month.

Fellow umpires commented about players who would often say anything about umpires, however, there are no suspensions, there might be a fine, but no suspension.

Jean’s husband was born on October 31, 1952, in Asheville, North Carolina. He attended at Rose High School in Greenville where he also not only play baseball but also football. After high school, he attended East Carolina University and subsequently went to Elon College.

At Elon, he continued to play football, he was the starting quarterback, became MVP in 1973 and inducted into the Elon Sports Hall of Fame in 1986.

After college, West went to umpire school. He joined the MLB in September 1976; prior to that, he worked with the Western Carolinas League, Puerto Rican League, Southern League and the American Association. Joe has been an umpire with the MLB for 40 seasons thus far.

A shout out to all Kansas City Royals fans, did you know outfielder Jarrod Dyson was thrown out … END_OF_DOCUMENT_TOKEN_TO_BE_REPLACED 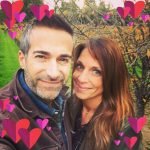 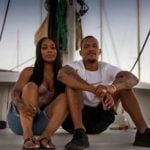