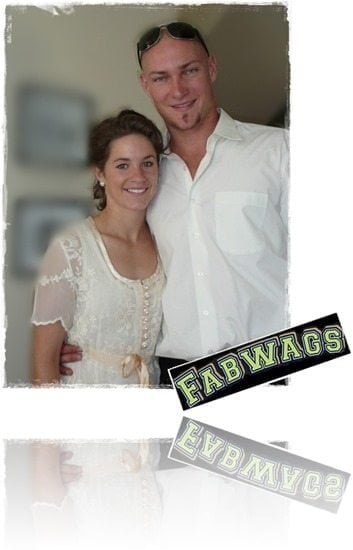 NHL defenseman Kevin Klein currently playing with the New York Rangers lost a piece of  his ear, hopefully his lovely wife Jodi Klein is taking care of him and he will be  brand new and ready to kick some on the ice in no time! 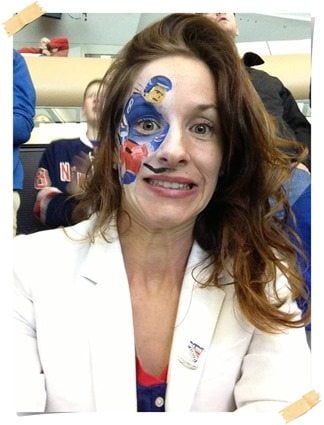 Kevin Kline’s wife Jodi Klein, 30, was  born Jodi Behan in Ontario, Canada. So far we know Jodi Behan Kline the NHL wag, but did you know Jodi is also an actress?

Jodi is not the only actress in her family, her sister Jessie Behan is an actress as well. Jodi, well sort of. The sisters starred together in the 2007 short film uploaded on YouTube “Bride Has Massive Hair wig Out” Jodi, Ingrid Haas, her sister Jessie and Esther Orosz made the film hoping it would help their acting careers, the four of them were guests on Good Morning America. 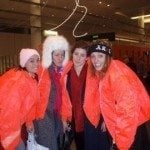 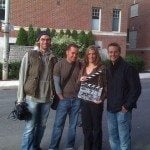 Jodi Klein has also starred in other films like My Dad Ralph in 2008, Iodine a year later and Headcase last year along Brian Scott Carleton. Jodi attended at Loretto Abbey Catholic Secondary School and graduated in 2005 from Randolph Academy of Performing Arts, she is the founder of Journey  With a Modern Mystic in association with Rev. Dr. David Kenneth Wheaton who wrote Journey with  Modern Mystic. 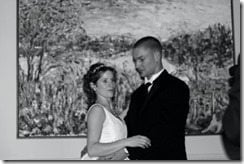 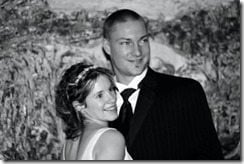 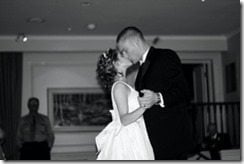 Jodi and Kevin Kline got married in March, 2009; they have two children Joseph and Oliver, ages 3 and 1.