Johanna Liriano is the stunning wife of MLB player Francisco Liriano. Her husband is the Dominican Republic pitcher for the Houston Astros. Prior to signing with the Astros in July 2017, Liriano played for the Toronto Blue Jays, the Pittsburgh Pirates, Chicago White Sox and the Minnesota Twins.

Johanna’s stud was born on October 26, 1983, in San Cristobal, Dominican Republic. He started his professional career signing with the San Francisco Giants in 2000; they traded him to Minnesota three years later.

Liriano, made his MLB debut on September 5, 2005, with the Twins against the Detroit Tigers. The Twins subsequently traded him to the Chicago White Sox in July 2012.

In December 2013, Francisco signed a deal with the Pittsburgh Pirates who then traded him to the Toronto Blue Jays in August 2016.

Toronto eventually traded Liriano to the Houston Astros in exchange of Nori Aoki on July 31, 2017.

What about Francisco Liriano’s personal life? Well, he has been happily married to his gorgeous wife, Johanna Guance-Liriano, who he refers to as La Doña. Johanna Liriano also from the Dominican Republic is the proud mom of four beautiful and incredible children; two sons one of these handsome boys is Kevin born in 2008, and two girls, the youngest Natalie born in April 2015. They reside in Kendall, Florida. 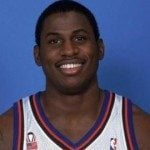 We regret to tell you about the sudden death of a former NBA draft-pick, Michael Wright. Reports say … END_OF_DOCUMENT_TOKEN_TO_BE_REPLACED 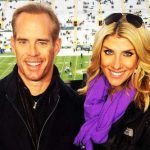 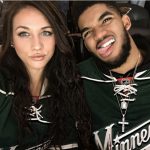