Josie Canseco is a celebrity best known for her famous last name, that’s right, she is the daughter of former MLB star, Jose Canseco.

Josie’s former star athlete father, is widely recognized for his storied career in the world of MLB.
Canseco, a two-time World Series champ, is the proud dad to gorgeous daughter Josie, who is his only child.

Want to know more? For more intel about Jose Canseco daughter Josie Canseco, including her careers, personal details, her net worth and achievements, keep scrolling down.

We all know former MLB player Jose Canseco was once married to the Playboy model Jessica Canseco, with whom he had one beautiful daughter, Josie Canseco. Years have gone by and little Josie is all grown up, and she has become one impressive beautiful young woman. 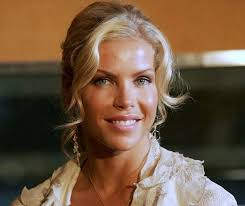 
Josie who is now a young woman, has followed her mother’s footsteps into modeling. The blonde is also regarded as a model аnd television personality.

Josie Canseco Net Worth in 2021

Josie Canseco is said to be worth millions; according to sources Josie Canseco net worth in 2021 is approximately $2 million.
She has made her money from her career as model and actress. In addition she is paid handsomely by her sponsors whose brands she advertises.

How successful is Josie Canseco?

She began her modeling career back in 2016 after a famous photographer, Bryant Enslava, posted a photo of her and her friend posing at the Coachella. She turned heads, and modeling agencies have been on her heels since then.

As a model, perhaps one of her most successful moments was appearing in the Victoria’s Secret Fashion Show.

In addition to modeling, Jose Canseco daughter is also an actress. In addition to appearing on the reality show, “Hollywood Exes;” she also appeared on the web series Summer Break. She later featured in “The Mother/Daughter Experiment: Celebrity Edition,” together with her mother. 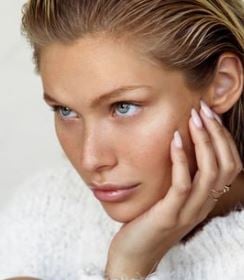 She is from the town of Weston, Florida and later moved to Los Angeles, California. Right out of high school she signed with an agent to pursue modeling.

On the road she has encounter a few setbacks, like the time she miserably tripped for her first time auditioning to be featured in the Victoria’s Secret Fashion Show.
Or like the time when she was arrested. The year was 2015, Jose Canseco daughter was driving while under the influence of drugs hence crashed into a curb. She tested positive for a drug test and was booked in accordingly. She was however released under a bail.

Josie Canseco has had a few romances. She dated hip-hop recording artist Mike Stud, born Michael Francis Seander. They split up in January 2019, the reason of the split isn’t clear. She reportedly dated male model Lucky Blue Smith. He is believed to have been her first public and more serious boyfriend. 
After her breakup from Mike Stud, Josie was romantically linked to reality TV star, Brodie Jenner. It was a short romance which only lasted a while, with the couple splitting in October of 2019, after dating for three months. 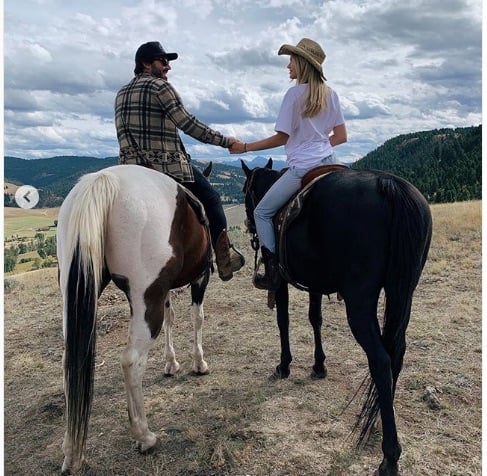 Most recently, the model who appears to be currently single, was in a relationship with media celebrity and actor, Logan Paul. 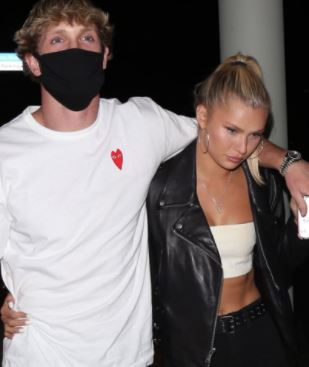 When asked if the girl was Josie, he said “yeah”.

However, despite Logan saying they were “pretty serious”, he confirmed they had broken up around November. Speaking on his podcast, ImPaulsive

“I mean, I didn’t really plan — It’s hard. We’ve had the conversation ‘How do you tell the world it’s over…. I’ve always really valued the privacy of my relationship because my life is already pretty public so I don’t feel like either Josie or myself needs to give an explanation if we don’t feel like it.”

“It was a special time for both of our lives. It just didn’t end up working out.”

Things got ugly when responding to a tweet from Logan, Jose Canseco said he would fight any of the Logan brothers. Logan responded on Twitter: “No problem. I love smashing Cansecos.”

This earned a reaction from Jose which teased a fight could actually happen: “Okay since you like smashing Canseco Logan get ahold of my agent Mike Maguire let’s get this done.

In the end nothing happened, however, Josie said on the “Between Good and Evil” podcast, how embarrassed she felt by her father who “crossed a line” by feuding with Paul. The two got back together in December of 2020. 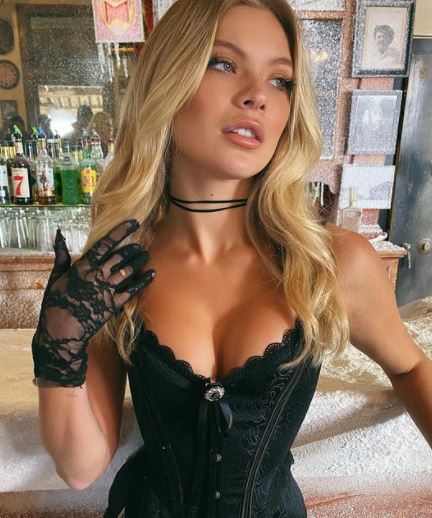 As a model, she auditioned to be a part of the Sports Illustrated 2016 swimsuit edition.

Back when she was a teenager, Josie modeled for Kohl and Hollister and later on for Teen Vogue. She has also modeled for Aeropostale and Urban Outfitters. Josie Canseco was crowned the Playboy Playmate of the month in June 2016. She also graced the cover of the Elle Serbia April edition magazine flaunting a Heaven Please dress and Nike Air Max 720.
She is signed to Next Model Management and her work has been featured in Love Magazine, Teen Vogue, Aeropostale and Urban Outfitters.

Where can I find Josie Canseco

Josie Canseco is highly involved in social media. Her modeling career extensively depends on social media to thrive. Consequently, she has very active accounts in different social media platforms such as Instagram and Twitter.

Josie Canseco is pretty active on Instagram where she has over a million followers.

Josie Canseco can also be found on TikTok with over 99k followers.

Where does Josie Canseco live?

Josie Canseco currently lives in Los Angeles, however she often splits her time between California and New York, for work.

What does Josie Canseco do now?

Josie Canseco stays active with her modeling career and through her social media. The stunner is always down for interviews and is really open about her personal life.
In 2021, during the Between Good and Evil podcast, she spoke about her breakup with Paul Logan saying

“So, me and Logan split a little bit ago. … We just didn’t necessarily see a future with what we had there at the time, granted we’re fine now. We just went through some s–t,” Josie said. “We’re finding out a respectable place. Also he has a lot going on with his fight coming up. He has training camp, I’m just trying to be supportive and be what he needs in a partner and I think vice versa.”

Jose Canseco was born July 2, 1964 in Havana, Cuba. His family relocated from Cuba to the United States when he was an infant.

He is a 6-time All-Star outfielder and designated hitter who hit 462 career home runs and was named American League MVP in 1988 with the Oakland Athletics. He admitted to using performance enhancing drugs and his 2005 book called out numerous other big name players for using . 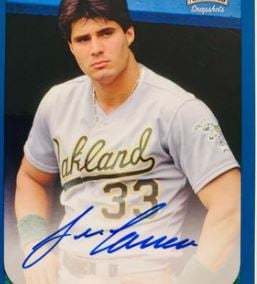 Following an important run in Major League Baseball, Canseco was eventually plagued by injuries and after his retirement became a fan favorite for his reality TV stardom, eccentric statements, and a tell-all book about his career in baseball that was published in 2005.
He appeared on a number of talk shows after releasing his book in 2005 and was interviewed by Jimmy Kimmel on Jimmy Kimmel Live.

Canseco may have made millions during his distinguished years in MLB, however, an expensive divorce and taxes, finished his net worth.

The disgraced slugger who once was a prolific home run hitter, was forced to declare bankruptcy due to divorce, taxes, and a variety of other factors.

Jose Canseco Net Worth in 2021

The Cuban-born retired baseball player is said to have a net worth of approximately $800k.

How successful is Jose Canseco ?

During his career, Jose earned $45 million in salary before taxes and fees. In 1990, Jose signed a five-year $23.5 million contract with Oakland. That’s the same as around $46 million today. He was traded partway through that contract, first to the Texas Rangers, then to the Boston Red Sox. 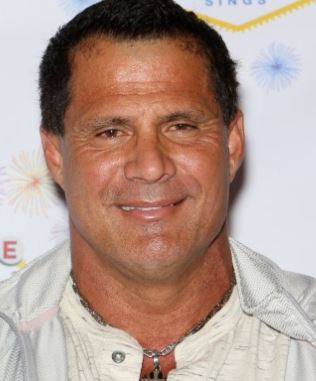 His peak salary was the $5.8 million he earned from the Boston Red Sox in 1995. Like many athletes, Jose spent his money nearly as quickly. In recent years he has claimed to no longer even be a millionaire.

At 56, Jose Canseco is apparently single. He was engaged to model girlfriend, Leila Knight. The two however split in 2014, after four years of dating.

It was reported that Canseco verbally abused her, including making threats that he would kill her and her mother.

He was married to Esther Haddad from 1988 to 1992 and Jessica Canseco from 1996 to 1999. He has a daughter named Josie. His identical brother, Ozzie, was also a major league baseball player.

Jessica met Jose at a Hooters restaurant where she was working in the 90s. The two got married in 1996. The former couple welcomed a daughter, Josie, before getting divorced. Their marriage ended officially in 1999. 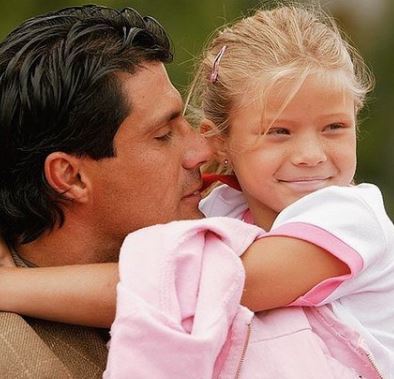 Before their split, Jose was arrested on a domestic abuse charge. According to the New York Times, Jose pleaded no contest to hitting Jessica. He was sentenced to one year of probation.

Growing up in Florida, Jose Canseco didn’t make his high school’s varsity baseball team until senior year. He was drafted by the Oakland A’s, and soon made his mark in the minor leagues.

Canseco got his shot in the big leagues as a September call-up in 1985; he batted .302 and hit five homers during his first month in the pros, which was enough to earn him a full-time job. The following campaign, the outfielder belted 33 home runs and drove in 117 runs, en route to the American League Rookie of the Year title.

Once Mark McGwire came to town and became the other half of “the Bash Brothers,” Canseco only improved. In 1998, the outfielder became the first player in Major League history to hit 40 home runs and steal 40 bases in the same season; he was rewarded with the American League MVP award. Before long, though, things would take a turn for the worst. 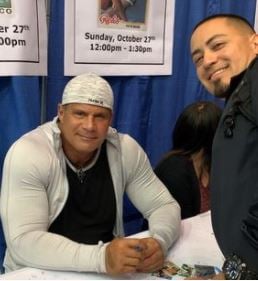 In August 1992, the A’s traded Canseco to the Texas Rangers. Although he was considered the best player in baseball at that time, injuries started to take their toll on the outfielder.

Where does Jose Canseco live?

Jose Canseco has properties in both Los Angeles and Las Vegas.

What does Jose Canseco do now?

The former MLB Star, made headlines in 2021 after he lost in a 12-second fight to Barstool personality Will Cotter. He was then accused of taking a “dive” during his fight at the company’s Rough N’ Rowdy PPV.