Meet Mrs. Holly Herbert! She is the beautiful and beloved mother of football quarterback Justin Herbert, the 6’6″ quarterback currently playing for the Los Angeles Chargers. He previously played for the Oregon Ducks at the University of Oregon, from where he studied general science.

Justin became the Ducks’ starting quarterback during game five of their 2016 season. he completed 162 of 255 passes for 1,9356 yards and 19 touchdowns in nine games his freshman year. He was named Pac-12 Offensive Player of the Week, Manning Award Quarterback of the Week, and awarded with the LenCasanova Award.

Justin won The William V. Campbell Trophy and Offensive MVP Award his senior year, led his team to a 12-2 when they won the Rose Bowl. He also completed 286 of 428 passes for 3,471 yards and 32 touchdowns.

Justin Herbert’s jersey became the 12th best-selling jersey during the 2020 NFL season. You can get their hands on Herbert’s #10 jersey for $79.99 at the Chargers Shop. You can also head out to Fanatics, they have a sweet selection.

As of December 2021, Justin Herbert’s net worth has been estimated at $4 million.  In addition to his NFL salary with the Los Angeles Chargers, Justin Herbert has an endorsement deal with Nike.

6’6 Justin Herbert was born on March 10, 1998, in Eugene, Oregon; he is one of three sons born to Holly and Mark Herbert. Justin’s brothers are Mitchell and Patrick.

Mark Herbert born on May 9, 1965, is a former  Montana Grizzly who played football before spending three years running track, a hurdler mostly adding triple and long jumps. He left Montana in 1986.

“Being out of football, track was great, but I didn’t have this burning desire to be a track guy, so really it was a whole series of events,” Mark said of leaving. “It was the wrong decision, but it led me to where I’m at today and I wouldn’t trade anything. Had I stayed, this whole chain of events wouldn’t have happened.

“I’m in the greatest position. I’m the luckiest guy in the world. I believe that with all my heart. It was part of that growing-up experience that I spent in Montana that was huge for my development. So in a roundabout way, it’s the greatest thing that ever happened to me.” 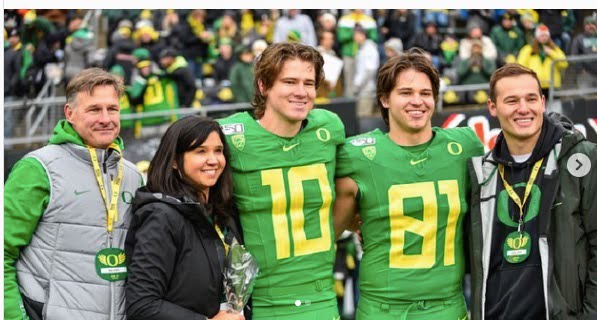 Her father, Rick aka Schwabby played as a wide receiver at the University of Oregon, he later became the coach at Sheldon High and subsequently head football coach at Churchill High School and Marist High School after that.

After he retired from coaching he was Human Resource Director at Timber Products. Mr. Schwab died from complications from a stroke on January 22, 2018, he was 75.

Holly and Mark Herbert have three sons, Mitchell  (b. 1996)who played football at Montana State, Justin, and Patrick who is a tight end at the University of Oregon

Holly’s father-in-law Roger Herbert ran track at Oregon State, before turning to a track coach at Sheldon High where he also taught biology. 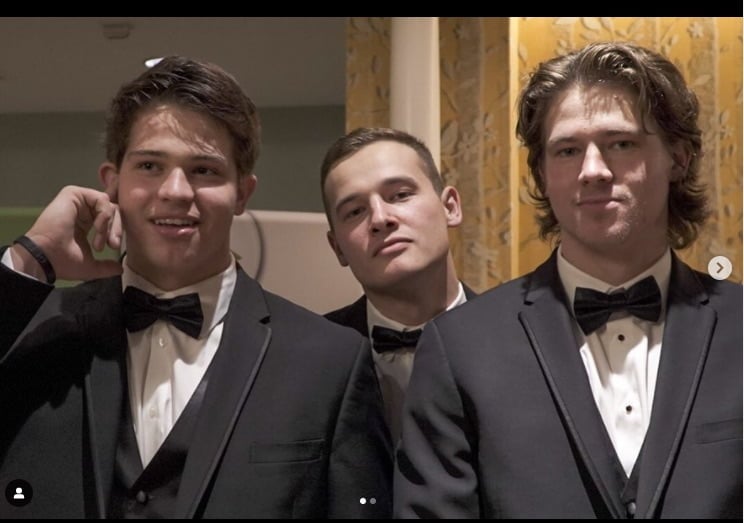 Justin is the middle child, between older brother Mitchell and younger brother Patrick, both play football in college.

Mitchell played wide receiver at Montana and at Sheldon High before that. He recorded 26 catches, 476 receiving yards, and three touchdown catches in 2016, and 42 passes for 562 yards in 11 games in 2015.

Mitchell is currently attending Columbia. You might find this piece on Mitchell Herbert and his thoughts about CTE, quite interesting.

6’5 Patrick Herbert, Justin’s younger brother Patrick, 20, is a tight end for the Oregon Ducks football team. He previously played at Sheldon High School where he recorded 22 catches for 300 yards and two TDs his sophomore year; 34 receptions for 462 yards and nine touchdowns, while finishing with 66 tackles, 13 TFLs his junior year, and 43 receptions for 797 yards and 11 touchdowns on offense, while finishing with 69 tackles, 10 tackles for loss and seven sacks his senior year. 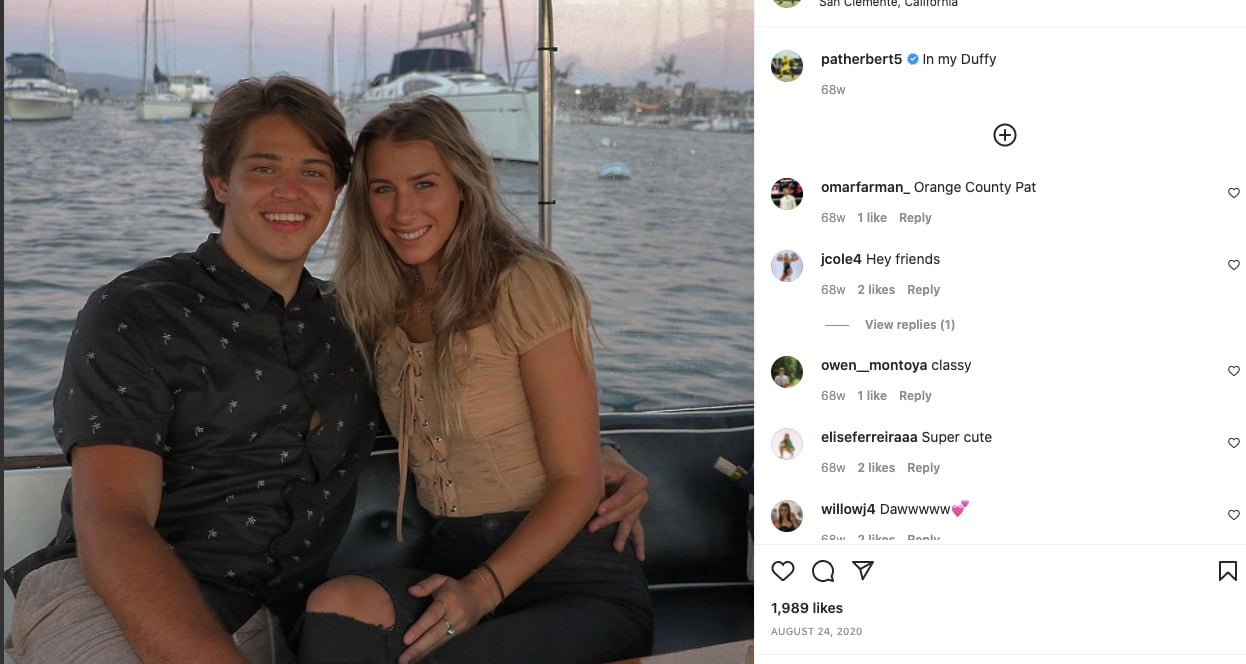 Rumors about the identity of Justin Herbert are all around, for example, last year it was reported he was dating Monster Energy drink gal Rylee Jean Kirk. 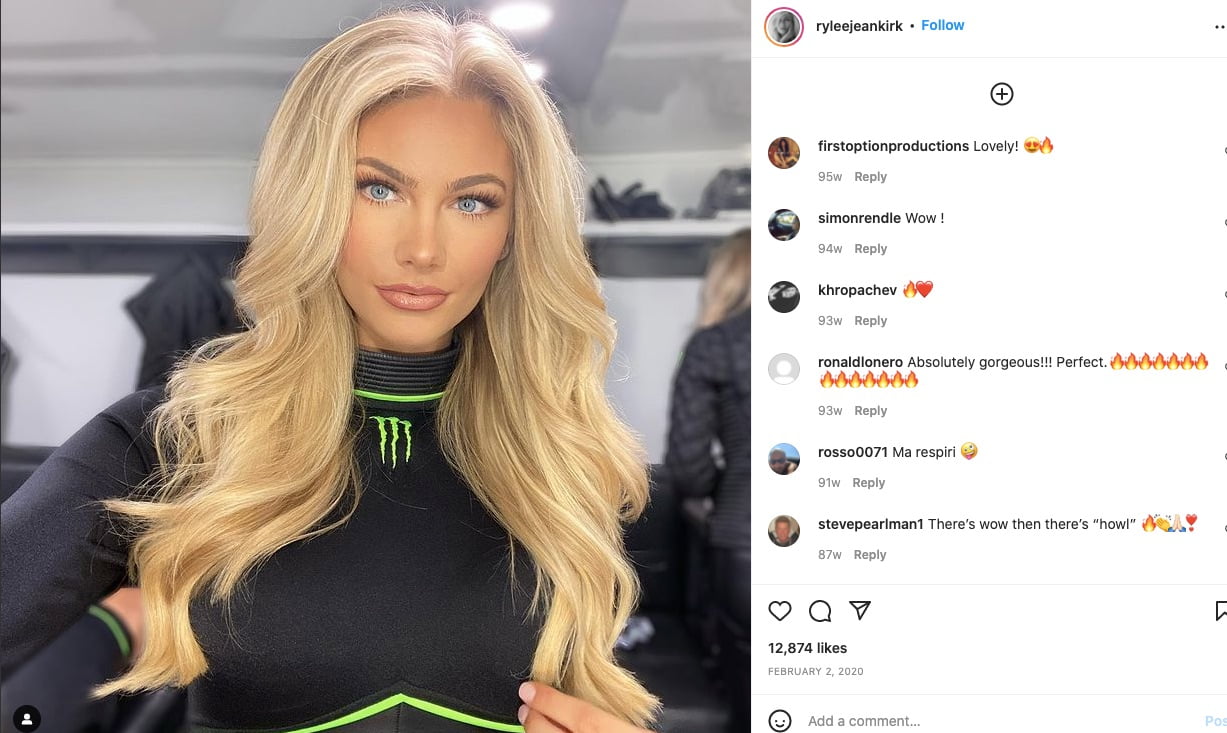 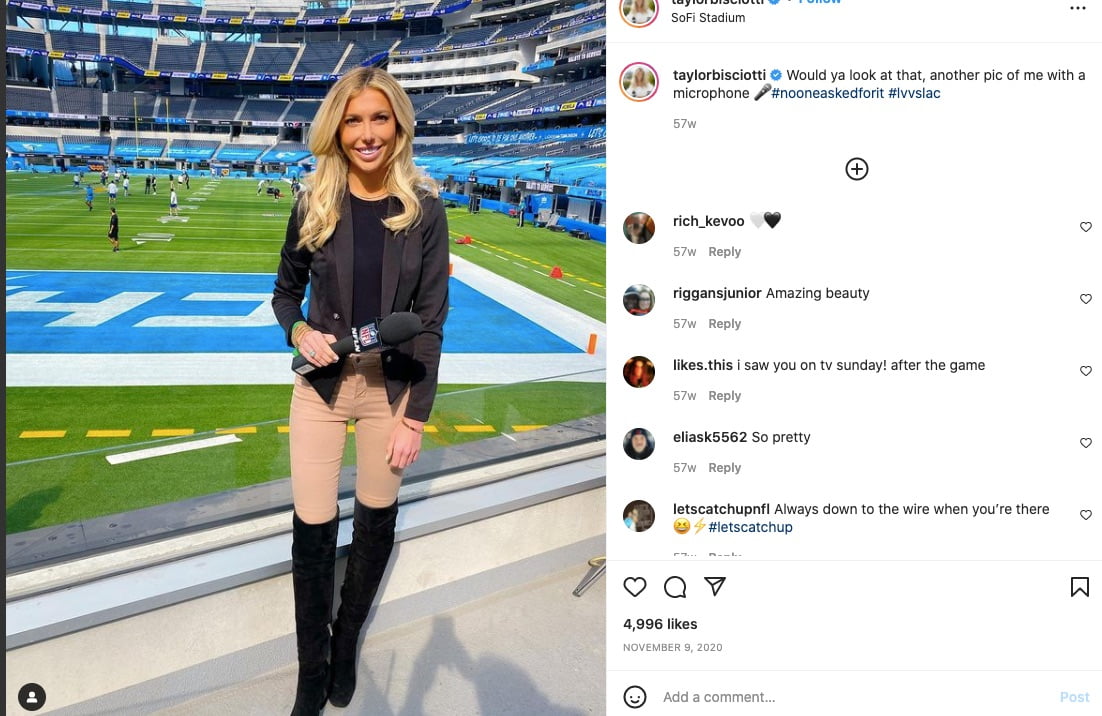 Other reports suggested he was dating his manager, but one thing is for certain he is dating a blonde with whom he was spotted at a golf tournament in July.