Lovely Kathryn Smoltz formerly known as Kathryn Darden is the second wife of former MLB pitcher, ports commentator and 2015 Hall of Famer John Smoltz who played with the Atlanta Braves, The Boston Red Sox, and the St. Louis Cardinals until his retirement in 2009.

As mentioned earlier Smoltz has been married twice, he and first wife Dyan Struble got married in December, 1990 . John and Dyan, 48, had four children together 23-year-old John Andrew Jr, (b. 1991), 21-year-old Rachel Elizabeth (b. 1993), 17-year-old Carly Maria (b. 1997), and 15-year-old Kelly Christina (b. 1999). The couple put an end to their 16-year marriage in 2007. Dyan got married to Russ Caso in March, 2013. Josh Andrew attends Michigan State University, Rachel is a student at Liberty University, both Carly and Kelly study at King’s Ridge Christian. 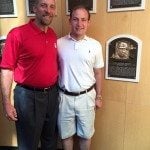 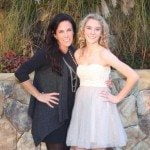 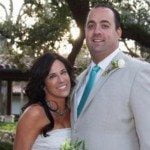 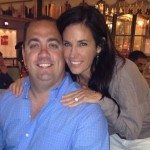 Their divorce was confirmed by Loonie Cooper his agent.

“John and Dyan Smoltz have mutually decided to end their marriage,” Cooper said in the message. “At this time, their priority is with their family, specifically the well being of their four children. We ask that you please respect their privacy during this difficult time. The family will not be commenting on this personal matter.”

Smoltz met his second wife Kathryn Darden at Taco Mac on a blind date and they got married on May 16, 2009.