Meet the lovely and insanely hot Kayla Cox; she is the loving wife of baseball player Eric Fornataro. The Texas native is currently a pitcher for the New Britain Brees of the Atlantic League, prior to that he played for the St. Louis Cardinals.

Meet the lovely and insanely hot Kayla Cox; she is the loving wife of baseball player Eric Fornataro. The Texas native is currently a pitcher for the New Britain Brees of the Atlantic League, prior to that he played for the St. Louis Cardinals.

Eric’s beautiful gal will according to our sources the newest cast member of E! Wags Miami. You don’t want to miss her and the rest of the Wags!! 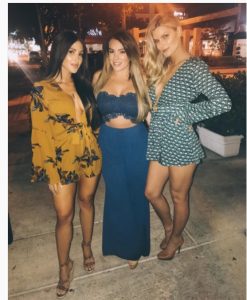 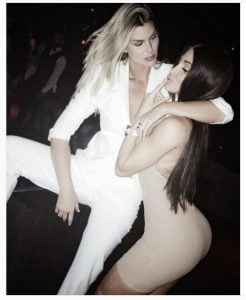 But the first thing you need to know is that this exquisite lady is more than a pretty face, she is a kind soul. She had a difficult childhood but saved by her faith in Jesus Christ.

While her man has no roots in Miami, Kayla was born and raised in the Sunshine State.

She was born Kayla Ruth Cox on November 25, 1991, in Riverview, Florida; to Jody and Sharon Davis.

Kayla has one brother Joe, and two half siblings, Nicole and Chris. Her parents were addicts, later found unfit to raise their children. At that time Kayla was seven.

Her life improved tremendously, from living in a roach-infested trailer where there was never food, to a lovely home with love and supportive parents.

Kayla’s grandparents Jack and Betty Miller were who talked to her about Jesus, and who got her and Joe involved in baseball, oh yeah Mrs. Fortanato was a talented pitcher at Riverside High School and all the way through college.

She attended at North Carolina State University before transferring to the University of Tampa, from where she graduated with a bachelor of arts in 2014.

Both her half siblings passed away; Nichole died in car accident while drunk; Chris from an overdose; on top of that her mom got diagnosed with liver cancer

Joe who is also a gifted pitcher ended up in a pretty bad shape after Chris’ death; he started drinking and doing drugs; eventually dropped out of high school. Luckily, he got sober and found his way back to God. 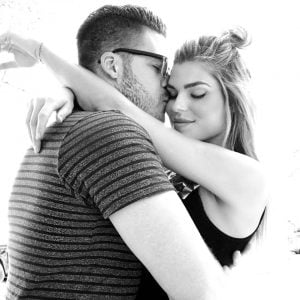 As for the beautiful Kayla became engaged to her longtime boyfriend Eric, who popped the question in December 2014 on a St. Petersburgh Beach. The lovely couple tied the knot the following year.