Lais Badaro is the stunning wife of Brazilian volleyball player Bruno Schmidt, the 6’0″ athlete from Brasilia who is member of Brazil’s Volleyball Team at the Summer Olympics in Rio.

Lais’s hubby Bruno was born in Brasilia, Distrito Federa. He was still a little boy when his family relocated to to Vila Velha, Espírito Santo; where Bruno started playing volleyball.

His first major competition was the World Championship Under-21 in 2005, held in Rio de Janeiro, Brazil.

A year later, he teamed up with Pedro Solberg, together they would become World Champion in the same category (U21).

Furthermore, between 2007 and 2009, Bruno Schmidt teamed with John Maciel. They won the first title together, a tournament of the FIVB Challenger & Satellite in Lausanne.

That same season they finished in 25th place at the World Tour, in Fortaleza.

In 2008, they won their first final at the World Circuit, and a silver medal. The Brazilian duo lost only in the final, against he Spaniards Pablo Herrera and Raul Mesa Allepuz.

Subsequently, placed 4th in the open Guaruja, and 7th in the Mallorca open. Bruno and John split up in late 2009.

The former teammates played together again in mid-2011 to early 2012. During this second spell, they finished 4th in Klagenfurt, Austria.

After the partnership with Maciel ended, he teamed up with Benjamin Insfran. They did not win titles together, however proved to be consistent, and among the top eight.

Schmidt teamed up with Peter Solberg in 2013; appearing in  7 semi-finals, won six medals; Gold at the Grand Slam in Hague and São Paulo. Silver in Shanghai, Gstaad and Fuzhou.

Bruno Schmidt’s wifey is the lovely Lais Badaró. This undoubtedly  brunette was born in Vitoria, Brazil. Lais graduated in 2014 from Colégio do Sagrado Coração de Jesus in Salvador Bahia, seems like she works in customer service. 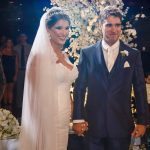 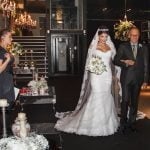 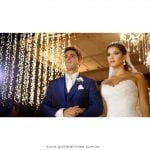