Anton & Maria Rybarikova are the proud parents of Slovak tennis player, Magdalena Rybarikova. Their 28-year-old daughter has been a pro since 2005 and achieved a career-high WTA singles ranking of 31.

Anton and Maria Rybarikova welcomed daughter Magdalena on October 28, 1988 in Piestany, Slovak Republic. Their star daughter began playing tennis at age 8. When Magdalena was 15, the family moved to Bratislava, so she could train at national tennis center. 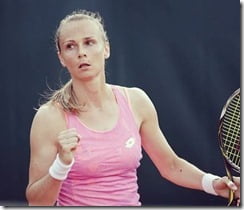 Their daughter has under her belt four WTA titles and 5 ITF singles titles and one of each category in doubles.

Rybarikova has won three of her four WTA singles titles on American soil. In 2009 she won her first WTA tour title at the Aegon Classic in England against Li Na, winning 6–0, 7–6(2). She won again in 2011 in Memphis. And twice in Washington DC.

The Slovak baseliner beat Andrea Petkovic in the final to successfully defend her Washington, DC title in August, 2013.

Magdalena who played as a member of the Slovak Fed Cup Team from 2005 until 2015 –had her best season in 2013. The following year Magdalena played all the Grand Slams and reached the semi finals of the doubles at Wimbledon with Andrea Petkovic. 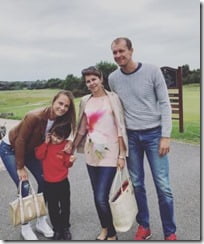 Magdalena’s father Anton Rybarikova, is a retired power station worker and business manager. Maria Rybarikova is believed to be a housewife. The two are also the parents to Magdalena’s two older siblings, Filip and Nada.

Though she seems close to her family, Anton and Maria Rybarikova’s daughter Magda, has kept a low profile through out her career. Not many more details are know about her family or personal life. She has nearly 6K followers on Instagram.