This drop-dead gorgeous lady is Sophie Piteo; a little birdie told us she is the girlfriend of Washington’s defensive end Chase Young. Young as you all know was one of the 2019 Heisman Trophy finalists while he played with the Ohio State Buckeyes.

6’5 Chase as we previously told you is the talented son of the lovely Mrs. Carla Young. Click on her name to find out about Chase’s #1 lady!

He was born in Upper Marlboro, Maryland on April 14, 1999, to Carla and Greg Young, also proud parents of their other child Weslie.

Young’s momma Carla seems to be close to Chase Young’s girlfriend Sophie Piteo, who is regularly appearing in Mrs. Young’s photos on Instagram. 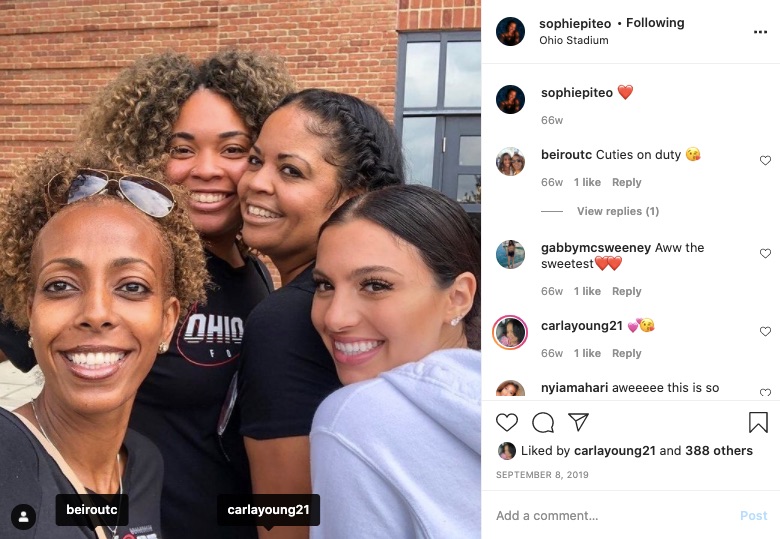 While at St Vincent, Chase a member of the school’s choir played the violin, piano, and saxophone.

In his first year with the Buckeyes, Young recorded 3.5 sacks, 18 tackles, and a forced fumble as a reserve player, earning the starting position the following season, and team captain his junior year.

Chase was a finalist for the Heisman Trophy, Maxwell Award, and Walter Camp Award.

His beloved family was by his side during that very emotional night.

Young signed his rookie contract with Washington on July 23, 2020; his four-year contract is worth $34.56 million!!

Chase made his NFL debut on September 13, 2020, when Washington defeated the Philadephia Eagles  27-17; he had four tackles, 1.5 sacks, and one fumble.

Stayed off the field during Week 4, after suffering a mild groin strain against the Cleveland Brown a week prior.

Who is Chase Young’s Girlfriend?

If  Sophie is indeed dating Chase, then she could be the same gal he in college, when he was suspended for borrowing money from a friend to fly his girlfriend to the RoseBowl in Pasadena, when the Buckeyes faced the Washington Huskies. 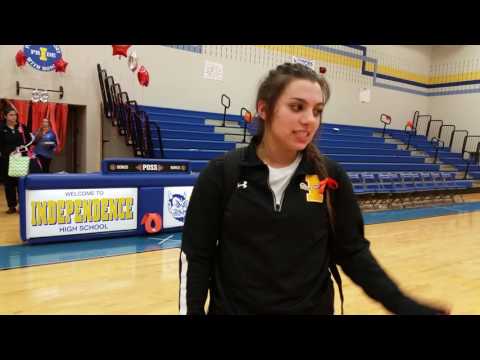 Ohio native Ms. Piteo who will graduate from Ohio State in 2021, played softball and basketball at Independence High School prior to college. 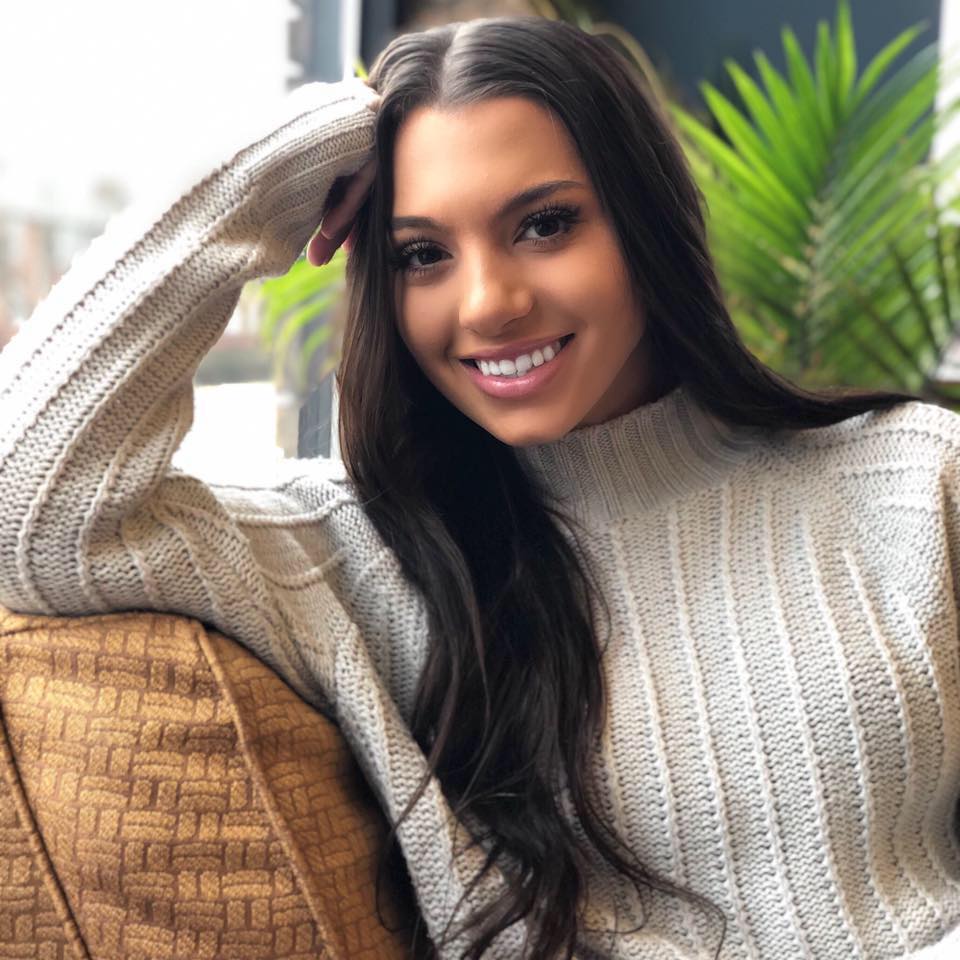 Sophie M. Piteo (b. 1999) is one of the children born to Jim and Jaylene Piteo (nee. Kalail), also proud parents of their youngest daughter Sarah.

You can see Sophie with Chase and his beautiful family, when they posed for a photo after the Buckeyes defeated Cincinnati 42-2 in September 2019. 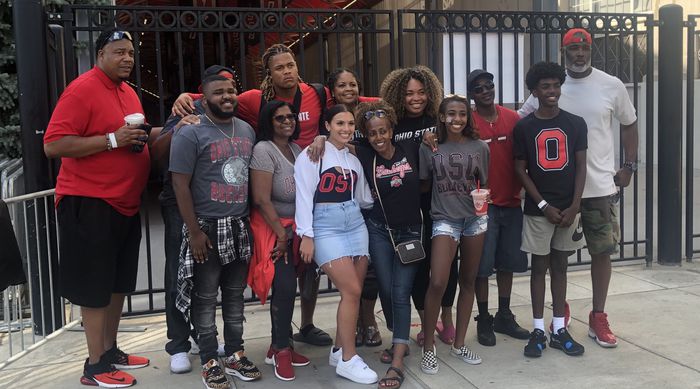 She sort of looks like Kim Kardashian, right? I guess she thinks so too; since her Twitter feed shows she surely is a fan. 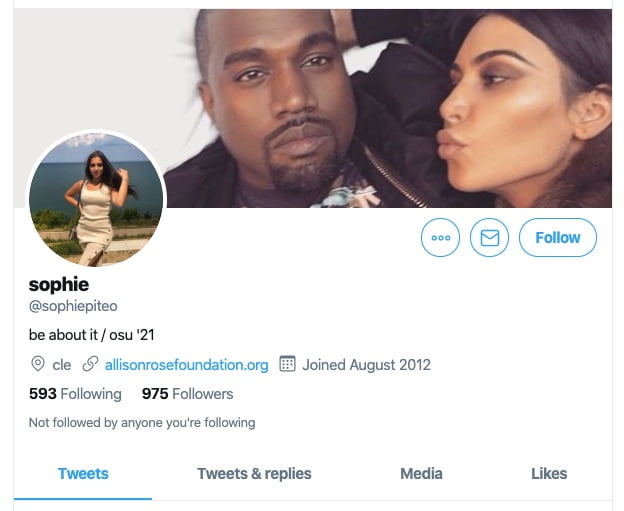 Certainly, you can also see she is her man’s fan as well! 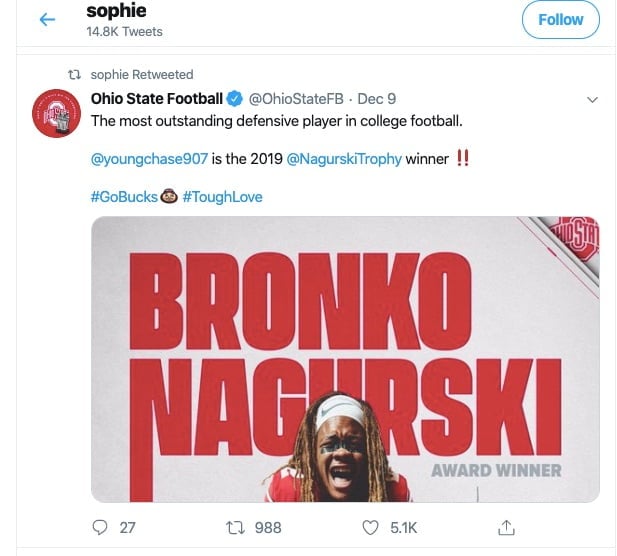 She made it pretty clear she is indeed Chase Young’s girlfriend here. 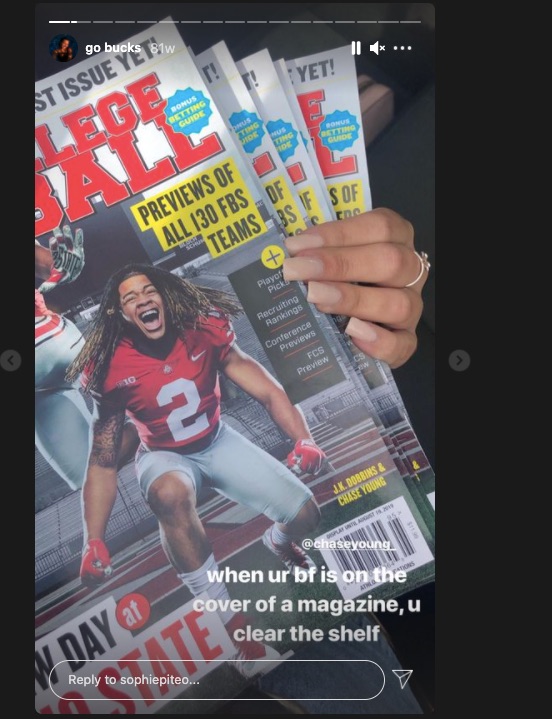 Sophie graduated in 2020, from Ohio State with a Bachelor of Science in Psychology. She currently works part-time as a technician for Giant Eagle, Inc in Columbus, Ohio.

When Sophie posted a photo with her graduation cap on Instagram, Mama Young was one of the first to congratulate her. 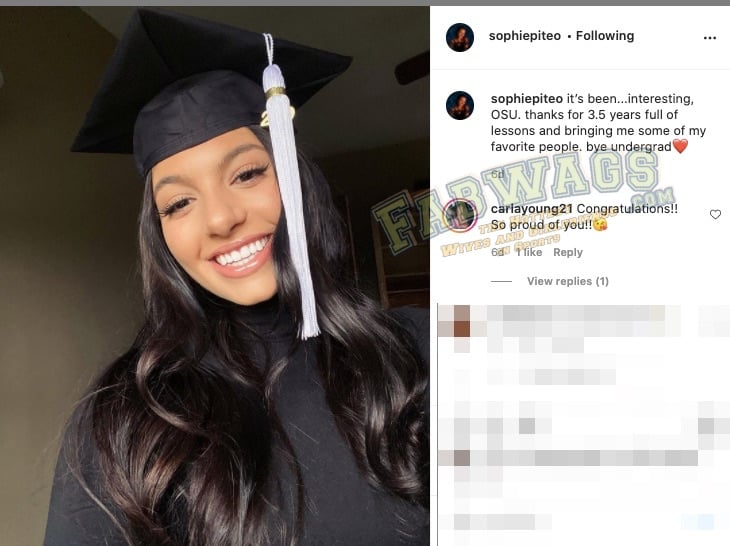