Meet Xisca Perello; she is the beautiful wife of Spanish tennis champion Rafael Nadal. The couple has been together for quite some time; from day one Xisca captured the hearts of people around the world. Their relationship came out to the public eye mid-2000s’ during one Wimbledon Championships where media reported that Rafa was dating a girl from his hometown of Mallorca. Sources close to them revealed they started dating in 2005.

Nadal’s father  Sebastian Nadal is a successful businessman, restaurant, insurance company and glass, and window company owner. His restaurant Sa Punta,  few miles away from Cala Bona has been owned by his family for generations.

“[There’s] always a reason because you are not playing at your level during the tournament,” he said softly but with force. “No, I am calm. I am happy about myself, about everything this year, yeah. I don’t know. Always is a reason, but it’s personal.”

You can read about Rafael Nadal’s beautiful mother Ana Maria in our previous article.

The King of Clay, Rafael Nadal’s height is 6’1 or 1.85 m; he weighs 187 lbs or 85kg. Rafael said he put on some weight during the Covid-19 pandemic, nothing he couldn’t control though.

Rafael Nadal’s net worth has been estimated at $200 million, he earns earned $123,482,764 as prize money. In addition to his prize money, Nadal earns around $26 million for his endorsement, among them we can name his longtime endorsement from Kia Motors (since 2006), Nike, Lanvin’s L’Homme Sport cologne, Mallorca-based bakery Quely, Richard Mille’s millionaire watches, Emporio Armani, and PokerStars online. Forbes Magazine’s Hhirst Paid Athletes edition ranked Rafael Nadal 37th globally and fourth in terms of highest-paid tennis players.

Rafael Nadal’s most recent watch received a lot of attention from the media as well as fans, his watch was specially designed for him by designer Richard Mille. Rafael and Mille’s partnership that grew to a friendship since they met in 2008 continued with the creation of the watch called RM 27-04 Tourbillon. 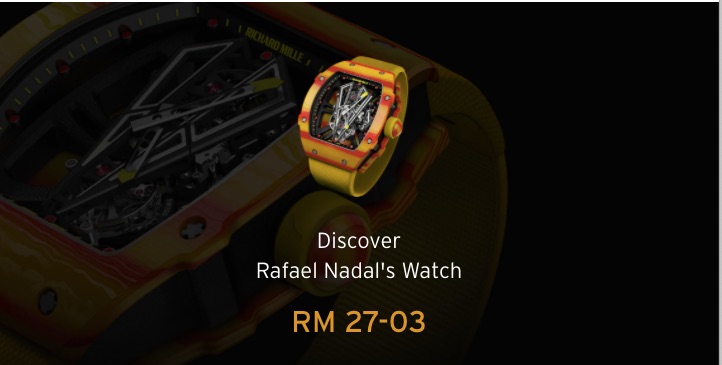 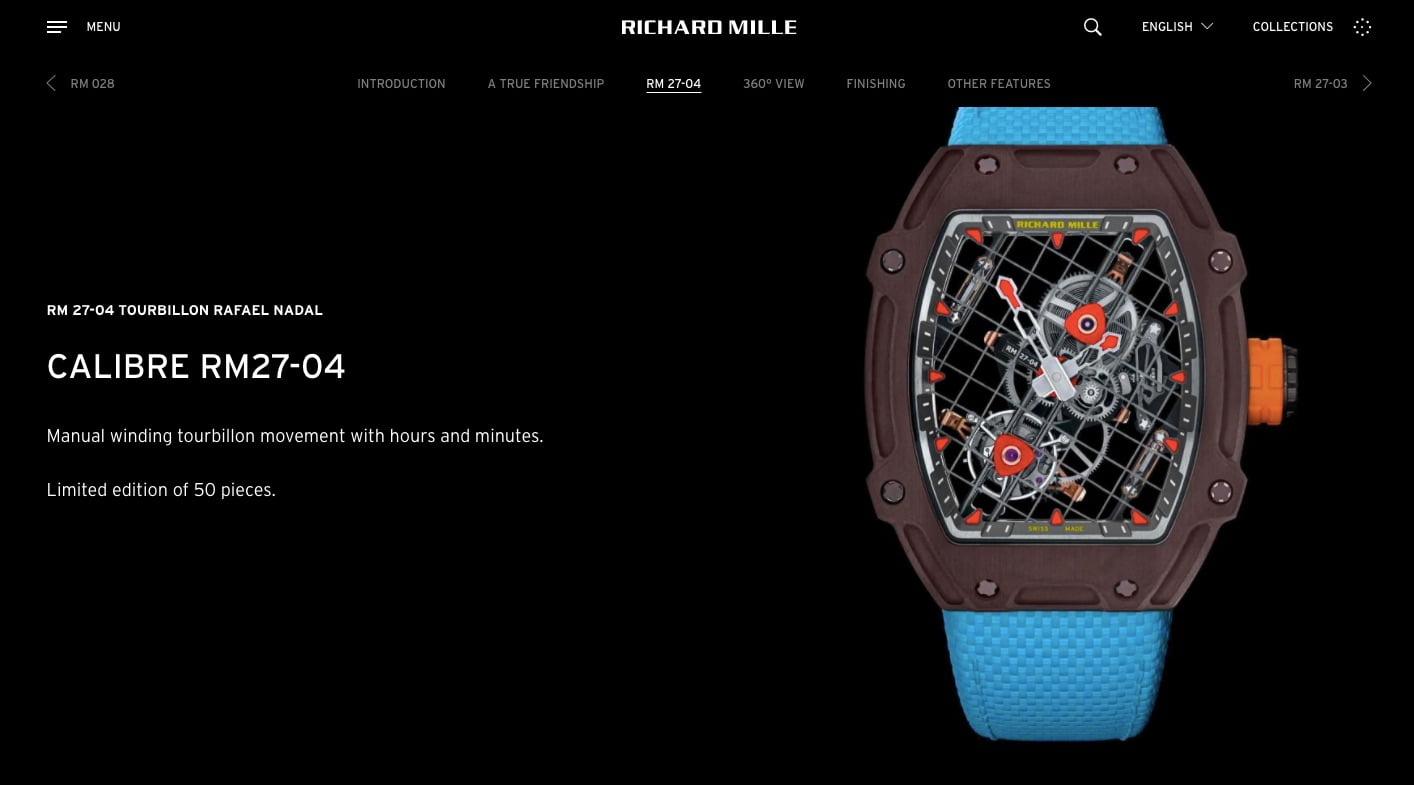 ‘Richard came to my house and showed me a model saying: ‘this is the watch that we made for you’. The watch was in platinum so very heavy, I was very confused and didn’t realize that he was joking. As soon as I tried the real watch on, I loved it. We were on the same wavelength.
The watch is now like a second skin for me. 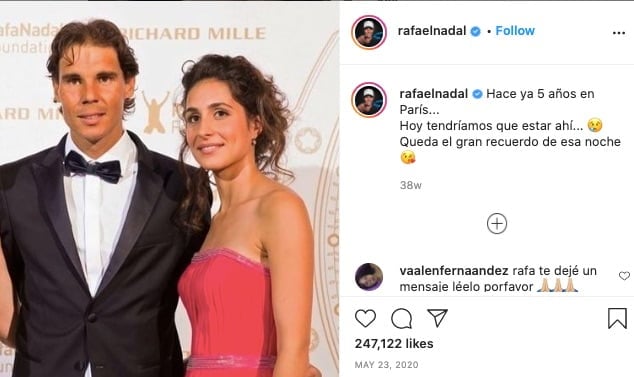 Rafael Nadal’s wife Maria Francisca (Mery) Perello Pascual, more commonly known by her nickname Xisca by the media and by Mery around her closest friends was born on July 7, 1988, in Mallorca, Spain; Xisca is the daughter of Bernat Perello and Maria Pascual, a constructor and a local official in Manacor, respectively.

The 32-year-old studied business administration in Palma de Mallorca and then traveled to London to study business management and English. Xisca previously worked at Mapfre; a Spanish company that is one of Nadal’s many sponsors. In October 2012, became the Director for Social Integration of Rafael Nadal Foundation. 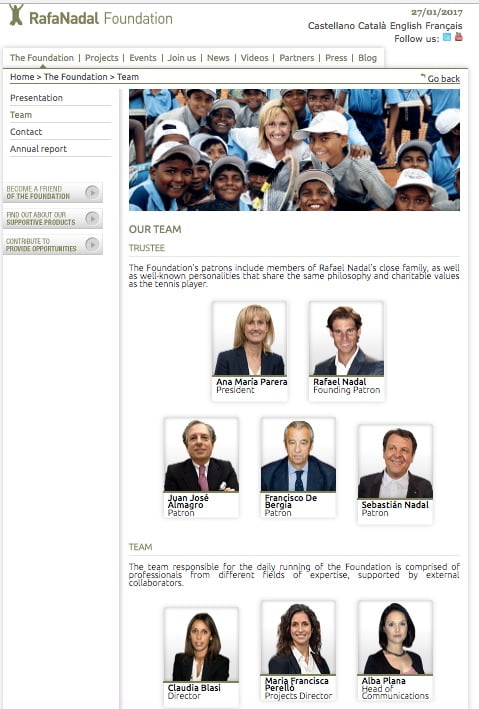 Nadal never talks about his girlfriend to the media. Reportedly, they have been dating since December 2005! The couple met in school through Nadal’s youngest sister Maria Isabel while growing up in Mallorca. Xisca described as “a straightforward no-nonsense girl; is just not into all glamor and fame.”

Pedro Hernandez, a close family friend told us that Rafa and Xisca are both very shy and ordinary people who like to live a simple life.

They are not at all interested in a celebrity lifestyle. They get together when the tournaments are over. That’s how Rafa winds down.

She tries to stay out of the spotlight, but sometimes you can find her sitting close to Rafa’s crew and family. Xisca once said one reason she rather not attend to all of Nadal’s matches is to avoid any distractions. 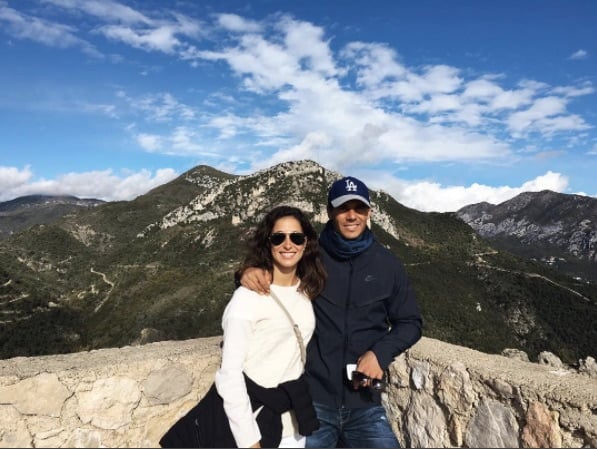 After 14 years of dating, Rafa finally popped the question to Xisca in Rome in May 2018; the proposal happened while they were on a romantic trip to Rome.

According to Hola! Rafa and Xisca plan to tie the knot in Autumn 2019, in Mallorca. Rafa and Xisca finally got married on October 19, 2019, surrounded by over 350 guests at the La Fortaleza castle in Majorca, Spain. 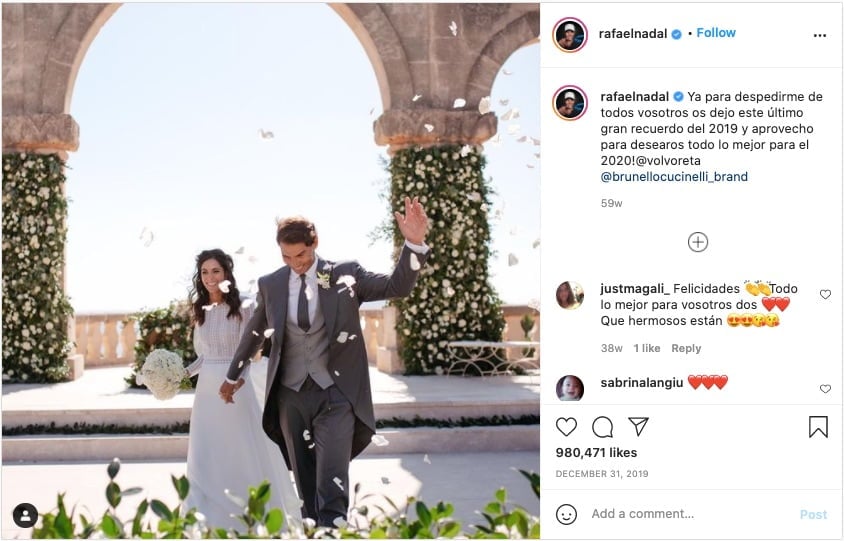 The ceremony officiated by priest Tomeu Catala also took some time to talk about the days prior.

Everyone of the weddings I have been involved in has been special and this one will be the same. I am just going to marry two people who love each other.

Nadal and Xisca’s wedding destination is where the BBC series The Night Manager was filmed and where Welsh soccer player Gareth Bale and his wife Emma Rhys-Jones also got married on March 9, 2018. 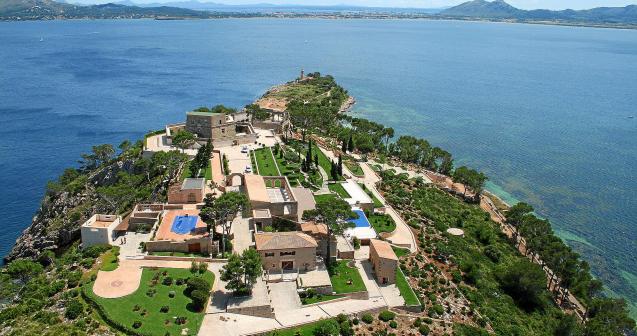 Rafa wore an all-gray suit, with a morning coach and waistcoat; for her part, Xisca Perello’s stunning wedding gown was designed by Rosa Clara.

“An overwhelming wedding day for all of us! We feel incredibly proud for taking part in such an important day – Mery Perelló and Rafa Nadal’s wedding. We would like to congratulate the gorgeous and unique couple, we wish you the best forever!

Rosa Clará is the designer of Mery Perelló’s wedding dress, an exquisitely clean-lined haute couture design. The bodice, with jewel neckline and long sleeves, was made of beautiful Art Deco-inspired French lace with delicate patterning, flower motifs and microbeading on the meticulously hand-embroidered fabric.

The ballgown-style skirt, made of silk crepe, featured a weightless detachable train, created in Rosa Clara’s Atelier. The whole process was full of emotions between all of us. We just want to thank the whole family for trusting in us, you’re extraordinary.

“I know it’s an enormous responsibility, but it’s an honor for me. The connection between Mery and me was immediate, as well as with her mother, and Rafa’s mother and sister for whom we also designed dresses for the big day, they are an extraordinary family.”