Megan O’Malley Long is the stunning wife of NFL player Chris Long a defensive end for the Philadelphia Eagles, he also played for the New England Patriots and the Rams. He is the son of former NFL player now sports analyst Howie Long and his wife, Diane.

No doubt you want to read about Megan Long, but just before we get to her story can we enlighten you with these remarkable facts about her man.

He was born Christopher Howard Long on March 28, 1985, in Santa Monica, California. In 2003, he graduated from St. Annes-Belfield School in Charlottesville, Virginia; then in 2007, received his degree in sociology from the University of Virginia.

He was the 2nd overall pick selected in the first round by the St. Louis Rams in the 2008 NFL Draft. Named to the NFL All-Rookie Team in 2008, NFL Alumni Lineman of the Year in 2011 and after signing with the New England Patriots on March 18, 2016, Long and the Patriots became the 2016 AFC Champions.

Although Megan Long prefers having all eyes on her husband, we can tell you that she is a star herself. Back in the days when she went by her maiden name Megan O’Malley.

Megan was born Megan Ann O’Malley on March 26, 1986, in Fairfax, Virginia. She is one of three children born to Robin and former second and third base for the Kingsport Braves and Greenwood Braves Joe O’Malley. Megan’s two siblings are his brother Joe and sister Katie was a basketball player at Johns Hopkins.

Mrs. O’Malley graduated from Moorestown high school in 2004, where she was also the captain of the lacrosse team. She continued playing Lacrosse at the University of Virginia from where she graduated in 2007.

Megan and Chris tied the knot on June 22, 2013, in Charlottesville, Virginia. Their adorable son Waylon James Long was born on March 2, 2016. 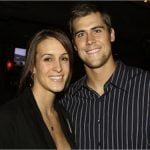 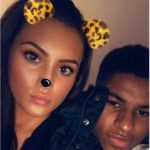 Lucia Loi Check out Lucia Loi; she is the drop-dead gorgeous girlfriend of Marcus Rashford, the … END_OF_DOCUMENT_TOKEN_TO_BE_REPLACED 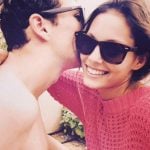 Mathea This lovely gal, is Mathea; and she is the pretty girlfriend of German soccer player Leon … END_OF_DOCUMENT_TOKEN_TO_BE_REPLACED