This stunning lady is Mrs. Lisa Porter! She is the loving and caring mother of NBA player Michael Porter Jr.; her son is the 6’10” power forward for the Denver Nuggets.

Before entering the  2018 NBA Draft, where the Nuggets selected him 14th overall in the first round, Porter Jr. played college basketball with the Missouri Tigers at the University of Missouri.

His decision to go to the University of Missouri after he had committed to play with the Huskies at the University of Washington came after his father, Mike Porter Sr., replaced Lorenzo Romar in the coaching position at Missouri. 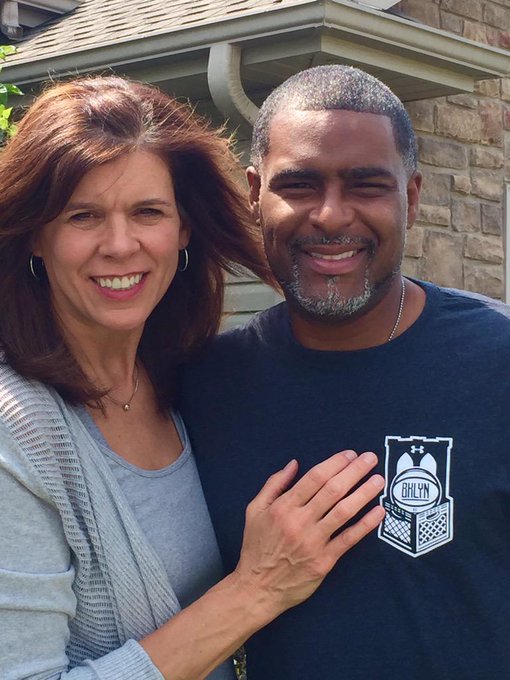 In July 2018, he gifted his momma with a brand new car; he posted Lisa’s reaction on Instagram along with a heartfelt caption.

Mom…I love you so much! It’s such a blessing for me to be able to bless you like this, it’s been a dream of mine! You are an angel to me and the most incredible mom in the world. There are so many things you’ve done for us kids that are so selfless of you I can’t comprehend it. I wanna say thank you for stopping your career of being a professional basketball player to raise 8 kids.

Thank you for making sure we all made it to our AAU tournaments and summer camps even when the money wasn’t always there. But most of all thank you and Dad for raising us to trust God’s word and lean on Him! I know I’m a knucklehead sometimes but I just wanna make you proud.

Lisa Porter met her husband, Michael Porter Sr. through Athletes in Action; at the time, she was working as a  financial analyst for Hewlett Packard in Fort Collins, Colorado; they tied the knot in May 1993.

Mr. Porter Sr. played college basketball at the University of New Orleans; he graduated in 1989 with a degree in Literature. Michael Porter worked several years with  Robin Pingeton’s women’s basketball staff; in 2016, he coached the Huskies at Washington and finally joined Mizzou coaching staff in 2017; he served as Director of Player Development in 2019-20.

In addition to Jontay and Michael, Lisa is the proud momma of six more children; Jayda, Jevon, Coban, Izaak, Bri, and Cierra. All of Mrs. Porter’s children play basketball, Cierra and Bri promising basketball athletes whose careers came to an end due to knee injuries.

6’3″ Bri Porter was born Abrianna   May 18, 1995, in Cincinnati, Ohio. She graduated from Mizzou with a double major in Mathematics and Physics. Bri married Reece Bader in April 2018. Her stud born Aaron Reece Bader is a loan specialist at Veterans United Home Loans; he graduated with a bachelor’s degree in History from the University of Missouri in 2019.

6’4″ Cierra, born on September 7, 1996, also graduated from Mizzou. Before Mizzou, Cierra played at Rock Bridge High School. Cierra lives in Columbia; she is the owner of the swimwear brand Amini Swim and a photographer and videographer of Cierra Jade Photography. A couple of years ago, Cierra dated NBA player Matisse Thybulle, a shooting guard for the Philadelphia 76ers.

Michael’s brother Coban Porter was born May 6, 2001; Coban, who stands at 6’4, played basketball at Father Tolton Catholic High School before committing to the University of Denver.

6’8 Jevon Porter, also an outstanding power forward with the Trailblazers at Father Toltpon catholic, will graduate in 2022; he has verbally committed to play at Pepperdine. Jevons averaged 13.6 points per game, 9 rebounds, and 1.2 assists.

Izaak Porter, also a student at Father Tolton Catholic High School, opted for a different path, as the young freshman plays on the football team (tight end and defensive end). 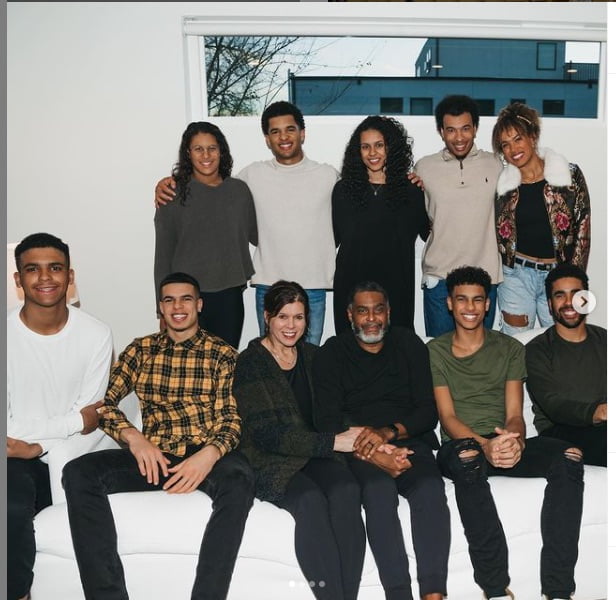 It looks like Michael Port Jr. is single at this moment; he split up from former Bachelor’s contestant Madison Prewett in April 2021. However, here is what we can tell you about his former flames. 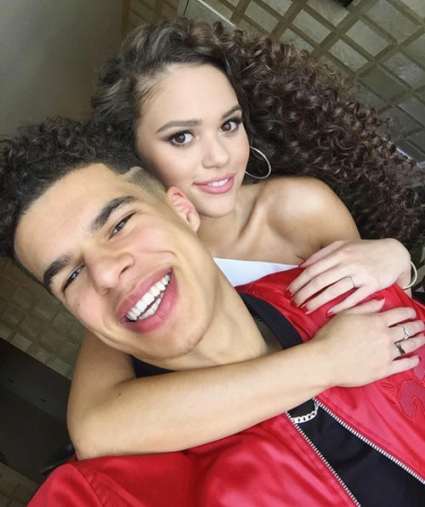 Michael and actress Madison Pettis dated in 2017; Pettis, originally from Arlington, Texas,  appeared on the Disney series Cory in the House, Hannah Montana, starred as The Rock’s daughter in the film  The Game Plan, Beverly Hills Chihuahua 2 and 3, American Pie Presents Girls’ Rule, and He’s All That. They split up in 2018. 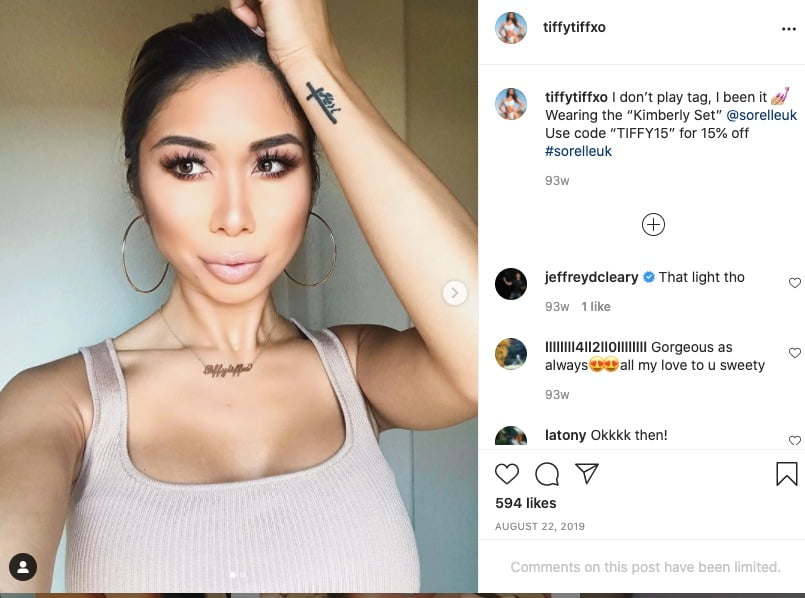 Instagram model Tiffany Chantharangma and Michael Prter Jr. started dating in December 2018; she confirmed their relationship in March. Their relationship, however, didn’t last long, and it started to crumble after media reporter Porter Jr. was cheated on Tiffany with a girl named Elsy Guevara, another Instagram model and close friends with LiAngelo Ball’s ex-girlfriend Izzy Morris. 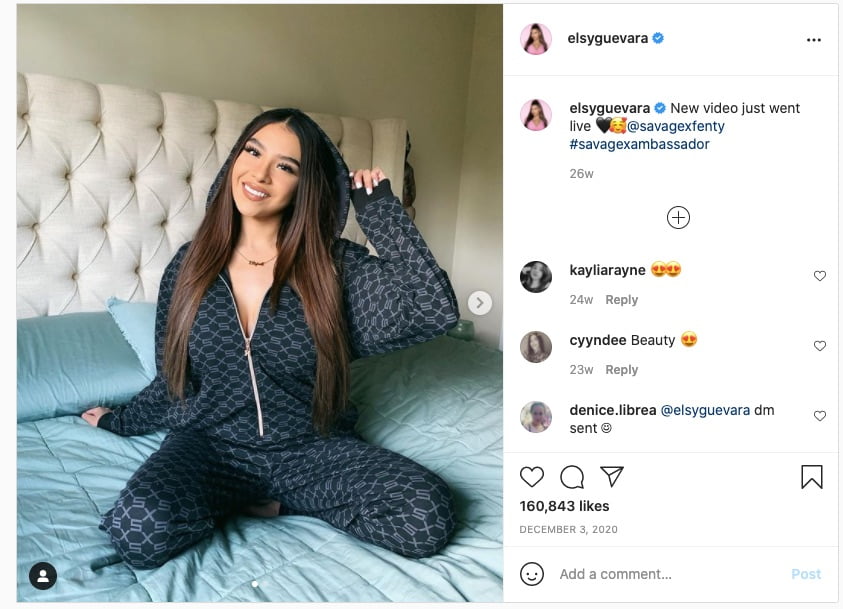 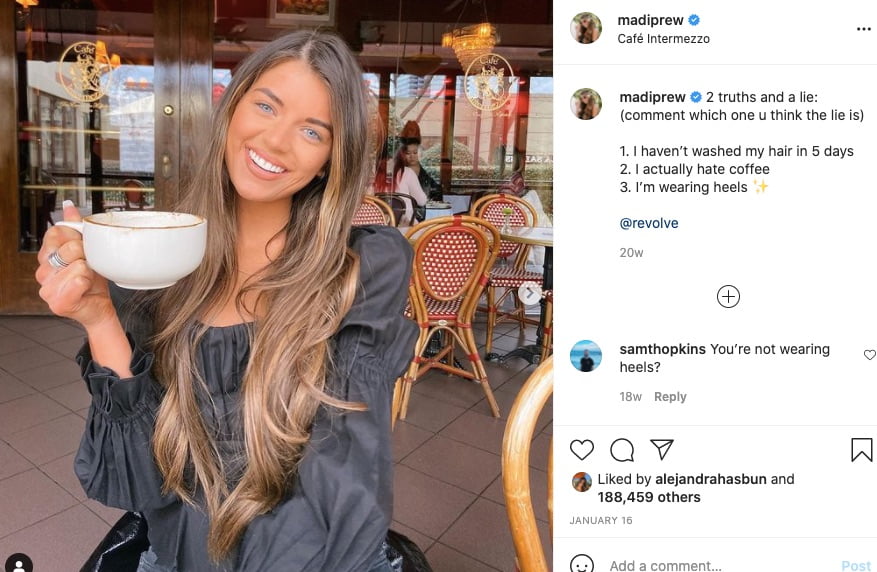 She was a runner-up on the 24th season of The Bachelor, starring Peter Weber. Madison and Porter Jr. dated for eight months; she revealed they were no longer dating in April.

“I definitely was in a relationship for about eight months or so,” she said at the end of the video. “But it just didn’t work out, it just wasn’t the right time. Who knows what the future holds.” 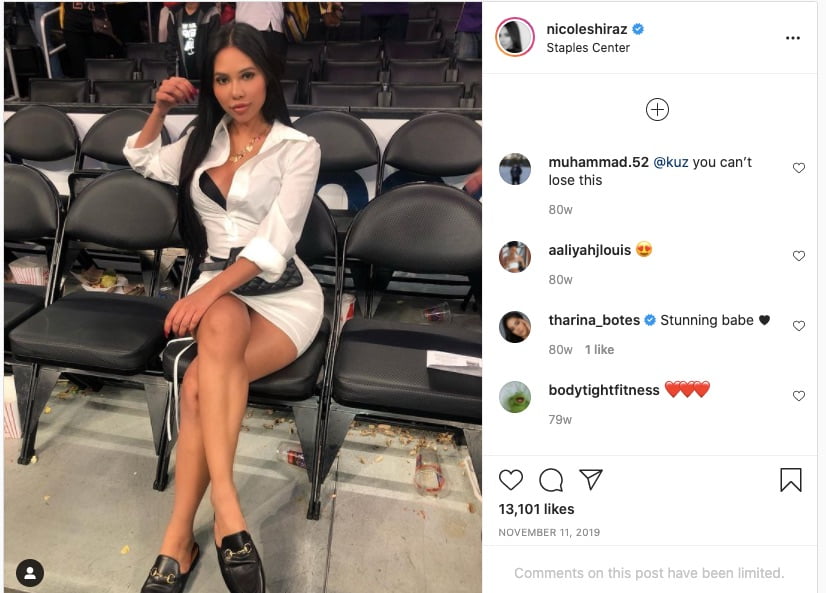 According to media, Australian stunner Nicole Shiraz is the founder and CEO of handbag hire service Boss Ladies; she now runs Nadia Swim; according to media, these two allegedly hooked up while he was dating Madison. According to BlackSportsonline, Nicole once faked a relationship with Kyle Kuzma. 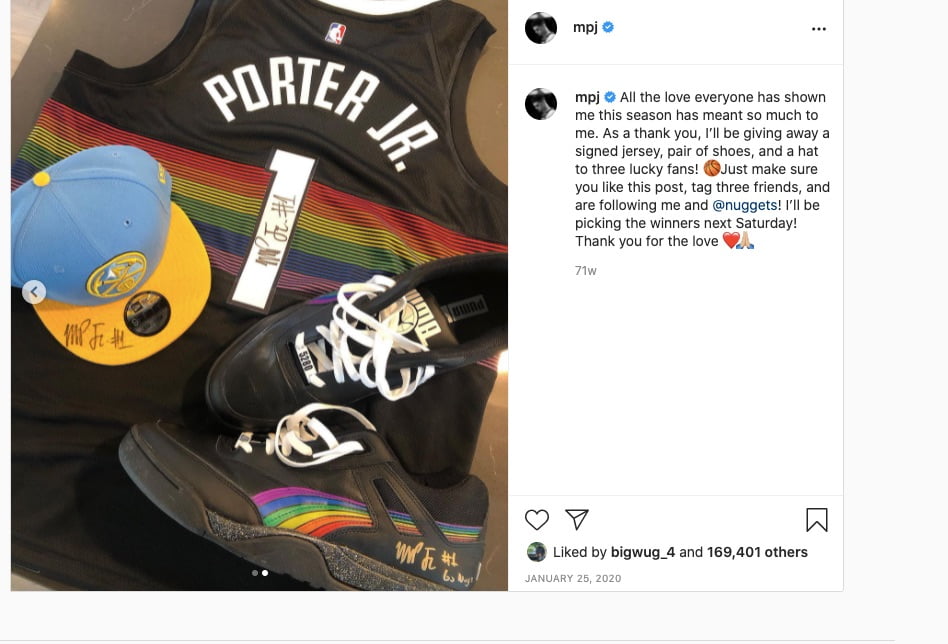 Michael Porter Jr.’s official Denver Nuggets jersey with his current #1 is available at the NBAstore; prices start at $74.99. Around the same prices are available at Fanatics.com. If you are looking for variety, then you should definitely head out to the Nuggetsfanstoreonline website.