Meet Mirka Federer, born Miroslava Vavrinec in Switzerland, she was for a long time the girl in the eyes of iconic tennis player Roger Federer but after 9 years or so of dating she became Mrs. Federer. Who doesn’t know this power couple! When you say the name Roger Federer, many people know whom you’re speaking of! So his lovely wife and mother of his twin daughters makes top of the list in the sports world.

A tennis player herself; Mirka married longtime girlfriend boyfriend on April 11, 2009. Soon after she gave birth to beautiful twins daughters Myla Rose and Charlene Riva on July 23, 2009. In 2014, they welcomed their twin sons Leo and Lenny.

Federer and Mirka began dating after they met at the 2000 Summer Olympics in Sydney.  Federer was their representing the Switzerland in tennis as was Mirka who also played on the WTA Tour at the time.

Mirka, who was born April 1, 1978; turned pro in 1998; reached a career-high singles tennis ranking of No. 76 in 2001, unfortunately lost in the first round that year, but not everything was looking grim fro her since her game might have been lost but her love life was beaming.

Because of a foot injury, Mirka retired from tennis in 2002; but as her hubby number one fan, she has used her tennis experience to help and assist Roger who was at many times coach less through his career.

And as his wife, Mirka has handled at times his management, his public relations and other duties many of which are now in official hands. 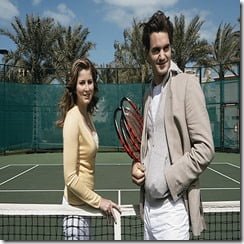 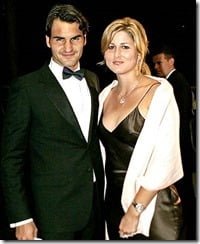 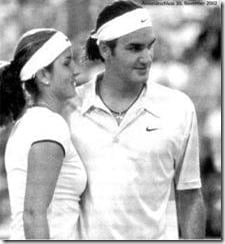 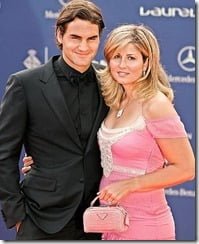 When Roger plays, it’s almost a given that Mirka will be in attendance for the match. She seems like the beyond supportive kind putting her family always first, she is easily spotted by Roger’s side always at tournaments through wins, through losses and even with the children who are often tucked away in a VIP suite.