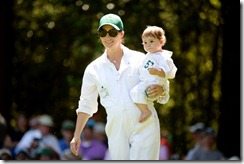 The wife of Louis Oosthuizen of South Africa, Nel-Mare Oosthuizen is someone you will always see when Louis is out there hitting some ***** hard on the hole.

She usually carries his child, Jana Oosthuizen, during a practice round prior to the start of the tournaments. We guess the other kid remains with someone from the family watching daddy do his work.

We’re thinking that Louis Oosthuizen’s wife has a good opportunity to meet him on the course after his forecast victory, much like she did only a few years ago at the British Open.

Nel-Mare is from South Africa as well and graduated Stellenbosch University in 2000. The couple would then marry in 2007. Daughter Jana was born in late 2009 and Sophia was born in early 2012. Away from the course the family lives in Mossel Bay in Western Bay.

We all were shocked when we found out that Louis Oosthuizen had to face two months out of action because of the injury that forced him to withdraw from the 142nd Open Championship at Muirfield.

It is important that he now gave himself the proper time to recover. And we don’t doubt that Nel was there to support him all time since we were not sure he was going to be able to return at the Alfred Dunhill Links Championship in late September. But news…..he will!!!!!!!!!!!!!!!!!!!!!!!! 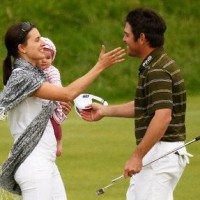 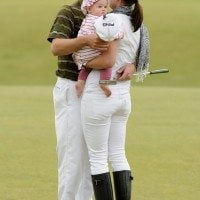 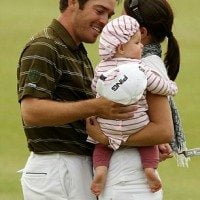 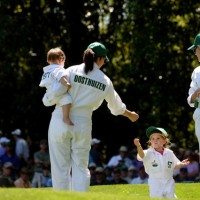 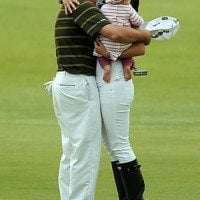 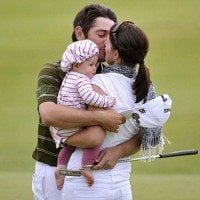 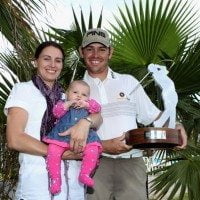