Meet Helen Story; the pretty girlfriend of golfer Lee  Westwood. Helen has been her stud’s caddie and she sure is one piece of eye candy. 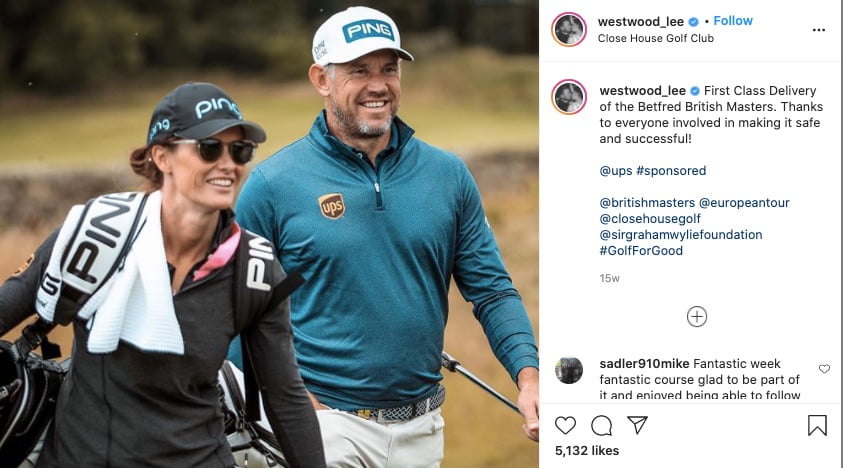 Early in July 2015, PGA golfer Lee Westwood split up with his wife Laurae after 16 years of marriage. Lee however seems to have already moved on, we heard he is smitten with model Helen Storey.

Taking a quick look at Lee Westwood’s romantic life, we can tell you that his ex-wife Laurae is the sister of Andrew Coltart, the Scottish golfer; married in January 1999, and had two children Samuel born in 2001 and Poppy Grace born in 2004.

Furthermore, you can read about Laura Colbart Westwood here. Westwood’s new rumored girlfriend, model Helen Storey, 43, born in Jesmond, Newcastle Upon Tyne, UK. Her sister Andrea is the second wife of Graham Wylie, the co-founder of Sage Group along with Paul Muller, and David Goldman happens to be the owner of the Close House Golf Course where Lee is the resident professional. Helen like Lee has been married, she and her ex-hubby, father of her ten-year-old daughter are now divorced. Moreover, Helen Storey is the Social Editor at LaDiDa Magazine and personal trainer at Speed-Flex since 2012 in Jesmond.