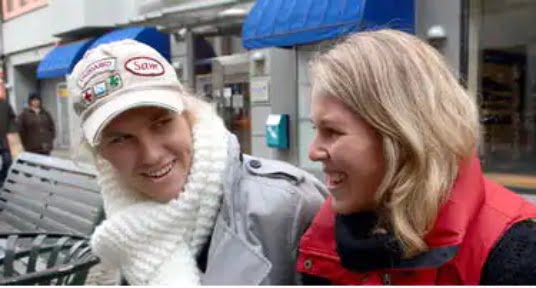 This stunning gal is Emma Herbring Toivonen; she is the lovely and beautiful wife of Swedish soccer player Ola Toivonen, standing at 6’2″ Ola is a midfielder and a striker for Toulouse and the Sweden National Team. He previously played with Sunderland, Rennes, Dutch team PSV, and the Swedish teams Malmo FF, Orgryte and Degerfors IF.

Ola’s lovely wife Emma is an interior decorator; she graduated in 2010,  from Malmo University where she studied building engineering and subsequently in 2012 with a Bachelor of Busines Administration in Marketing from Linnaeus University. She resides in Toulouse, France with her fab hubby.

Prior to all of that Emma Herbring born on December 24, 1986, in Stockholm, Sweden was a soccer player. The former midfielder played with Ravasens IK,  Jitex, KIF Orebro and ultimately with LdB FC.

Emma and Ola met in high school in Degerfors, they started dating in 2002; eventually were married in Loka Brunn on June 20, 2015. They have two children together, a girl and a boy.