Meet lovely Paoli Ortiz; this Latina is the Fab Wag dating Terry Rozier, the point guard for the Boston Celtics. Prior to the NBA, Rozier played college basketball at the University of Louisville. Wanna meet her?

But first some quick info about her stud.

Terry was born on March 17, 1994, in Youngstown, Ohio. He graduated in 2012, from Heights High School and Hargrave Military High School. He played for the Louisville Cardinals when he The Boston Celtics selected him in the first round (16th overall) in the 2015 NBA Draft. 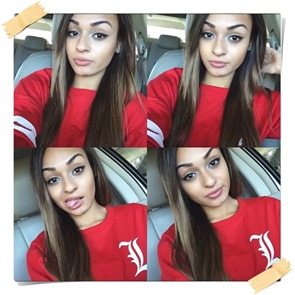 Rozier’s girlfriend is this lovely, petite but extremely girl, that FabWags exclusively identified as Paoli Ortiz, 19,  there isn’t much info about her, except that she resides in Louisville, many members of her family are from Mexico. She is the daughter of Gustavo Ortiz, 44, and Maria Galaviz. Paoli has been dating Terry Rozier since 2014.