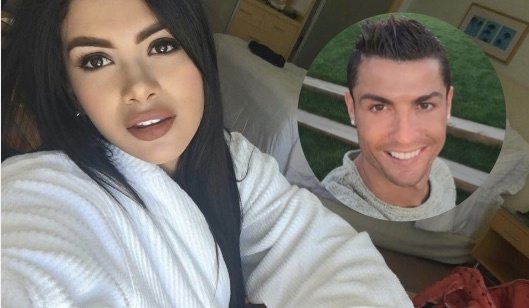 Paula Suarez is the mysterious girl pictured with portuguese striker Cristiano Ronaldo in a yacht in Ibiza. Paula is a young Colombian model with the curves that might be sending CR7 on a wild ride.

According to a witness Paula Suarez, 21, and Cristiano Ronaldo, 31, met at Ibiza nightclub Amnesia and she got to spend one night and one night only with the father of one.

“Ronaldo invited her to a party on the boat. It was just a one-night thing.”

Paula is the second Colombian beauty that has caught the attention of Cristiano Ronaldo, who was seen with Nataly Rincon on Christmas Eve in Miami, unlike Paula, Nataly wasn’t shy about her encounter with the star striker.

‘There was alcohol, I was happy. He stood in front of me and said, ‘Look at how I dance’ and he danced in a really sensual, way. It was great.

‘Around midnight we gave each other a kiss. I’m not going to tell you where it was, you’d die. I’ll leave that to everyone’s imagination.’

Paula Suarez Zuluaga describes herself as an actress, activist, animal rights defender who has huge respect for female models, started modeling when she was 15. She was born in Bogota, Colombia where she attended Maria Inmaculada and La Sabana University where she studied journalism and communications, as well as studied acting.