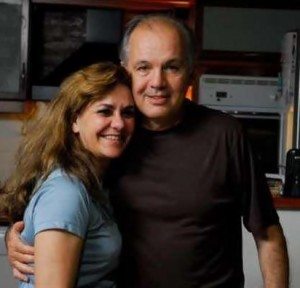 Alejandro Sabella, the Argentine soccer coach and the National Team are doing a terrific job at the FIFA World Cup, he didn’t arrived in Brazil alone, like many of the player his wife Silvana Rossi is cheering for Argentina with the rest of the Argentine WAGs.

Alejandro Sabella was born on November 5, 1954, in Barrio Norte. He lived in a ground floor apartment, located in Vidt and Paraguay. There, Alejandro played football in the street, although his first goals were at the tennis club Gimnasia Buenos Aires, at age 7.

The coach  studied law, but had to quit after two years, when he chose to pursue his career in soccer. He played with River Plate until 1978, Sheffield United  in 1980, Leeds United in 1981, the  year after that he  moved to Estudiantes and Ferro Carril Oeste in 1988, he  finished his career as a soccer player with Irapuato.

He coached his former team Estudiantes  from 2009 to 2011, that year he became Argentina National Team coach.

Coach Sabella married twice. His current partner is Silvana Rossi, she attended at the Universidad Nacional de La Plata  and works at la municipalidad de La Plata. Mrs. Rossi Sabella is a Professor of Neuroscience. Neuropsychological Coach, specializing in the recovery of learning problems in general and Dyslexia. 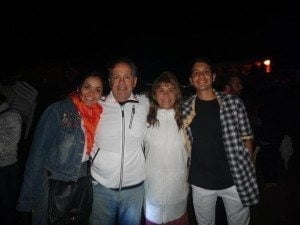 Silvana Rossi and Coach have two children: Maria Alejandra, who is a dancer and integrates the Ballet Concierto de Iñaki Urlezaga, Alejo, who is in high school, both fans of Students.

From his previous marriage, has two daughters: Vanessa (Velez) and Flavia (River), those engaged in law and economics.

“I’m a family man, no doubt about that. When I’m not training I like to stay home and watch television, especially shows and movies that have to do with politics and history. And if I’m with my wife I also see some romantic,” said Alexander, who says you sick not read newspapers in the morning.