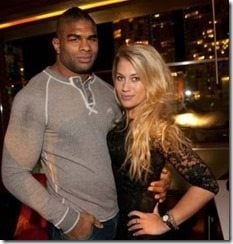 Life has been good to Alistair, especially after meeting Zelina Angela Bexander. The couple has been together for a few years. Zelina Bexander definitely fulfills the hot and pro athlete wife requirement.

It was reported the couple got engaged in 2011. 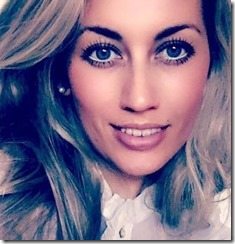 27-year-old Zelina is from Gothenburg, Sweden, but is currently living part-time in the Netherlands and U.S. According to her LinkedIn, Zelina works for AkzoNobel.

She has an Office Support and Administration position. The company is based in Gothenburg which would be odd if her man is currently living in Miami. Somehow they probably make it work.

From pictures of Alistair’s Instagram, we found out Overeem is the happy father of an adorable baby girl named, Yazz-Ley. He also has a daughter named Storm, from a previous relationship. At first, we thought Zelina was Yazz’s mom, but we were wrong.

The couple does not have many pictures together. Zelina and Alistair split up, he is now dating this beauty.