Swedish stunner Mirjam Bjorklund is the new girlfriend of Canadian tennis player Denis Shapovalov, who was actually born in Israel and is coached by Mikhail Youzhny and Tessa Shapovalova, his mother.

Denis Shapovalov was born on April 15, 1999, in Tel Aviv, Israel; his family relocated to Canada when he was still an infant. Denis started playing tennis at the age of r, at the Richmond Hill Country Club, where Tessa Shapovalova, his mother was also a coach.

Shapovalov subsequently trained with Martin Laurendeau, and in the fall of 2018, was coached by Rob Steckley, before reuniting with Adriano Fuorivia in 2019, that same year he hired retired Russian tennis player Mikhail Youzhny to help him during the 2019 U.S. Open.

“I like Denis Shapovalov’s game the most. [The rest of them] play pretty much the same—someone serves better, someone makes fewer unforced errors. But Denis’ game is more interesting.”

Denis and his older brother Evgeniy were born in Israel to Israeli-Russian parents Viktor Shapovalov and Tessa Shapovalova. Both of them have been involved in his training since he was a little boy.

My mom has been coaching me since I was 5 and she is still coaching me along with my other coach Adriano. She even opened up her own tennis club (Tessatennis) to help give me a home base to train at. My father has also been involved my tennis my whole life. He manages everything for me which is not easy to do.

Denis Shapovalov’s father is Viktor Shapovalov, is from Russia, raised in an Eastern Orthodox Christian family household. Viktor a former volleyball player grew up in Rissian before moving to Israel after getting married in the 1990s’. However living in Israel became too dangerous, and Viktor took the decision along with Tessa to move again, this time to Toronto.

“We decided to move to Toronto before Denis was one because it was too dangerous to continue living in Israel,” Shapovalova said.

“My parents had a hard life and I respect what they had to do. I love playing for Canada, but am friendly with the Israeli tennis players I met, such as Dudi Sela [who also competed last week at the Rogers Cup],” said Shapovalov.

Denis Shapovalov’s mother Tessa Shapovalova, 51, born in Lviv, Ukraine, to Jewish parents is a former tennis player with the  Soviet national tennis team in Russia (career-high of No. 445 in the world) before moving to Canada where she coached Denis and other tennis players at the  Richmond Hill Tennis Club and subsequently founded her tennis academy Tessa Tennis in Vaughn. After she opened her academy, Tessa realized she could give Denis the time he required, therefore they hired Adriano Fuorivia.

“I have many Jewish players as my students. Also, I wanted Denis to compete for Canada at the Maccabiah Games in Israel, had he not had huge prominence as a professional tennis player,” said Tessa. 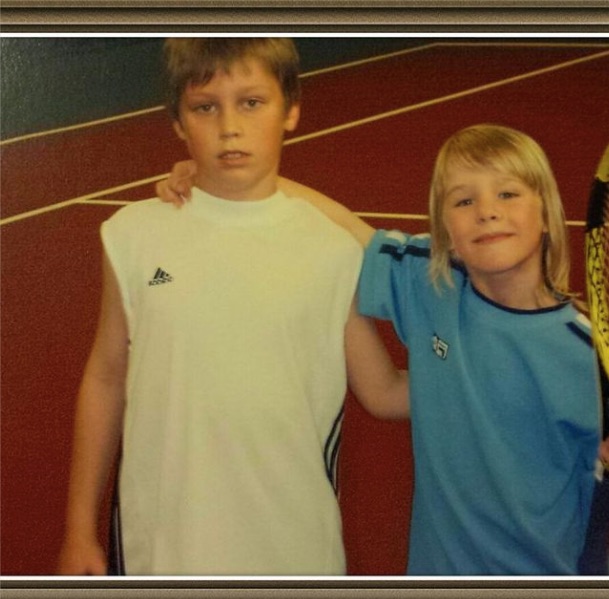 There isn’t information about Denis Shapovalov’s brother Evgeniy Shapovalov, except that he was born in June 1996, in that Evgeniy was also born in Tel Aviv, Israel and that he is older than Denis. We gave seen photos of Evgeniy with Denis when they were little boys and one or many two on his social media, like the one below, posted on Denis’ 18th birthday, and some others from their family trip to Greece. 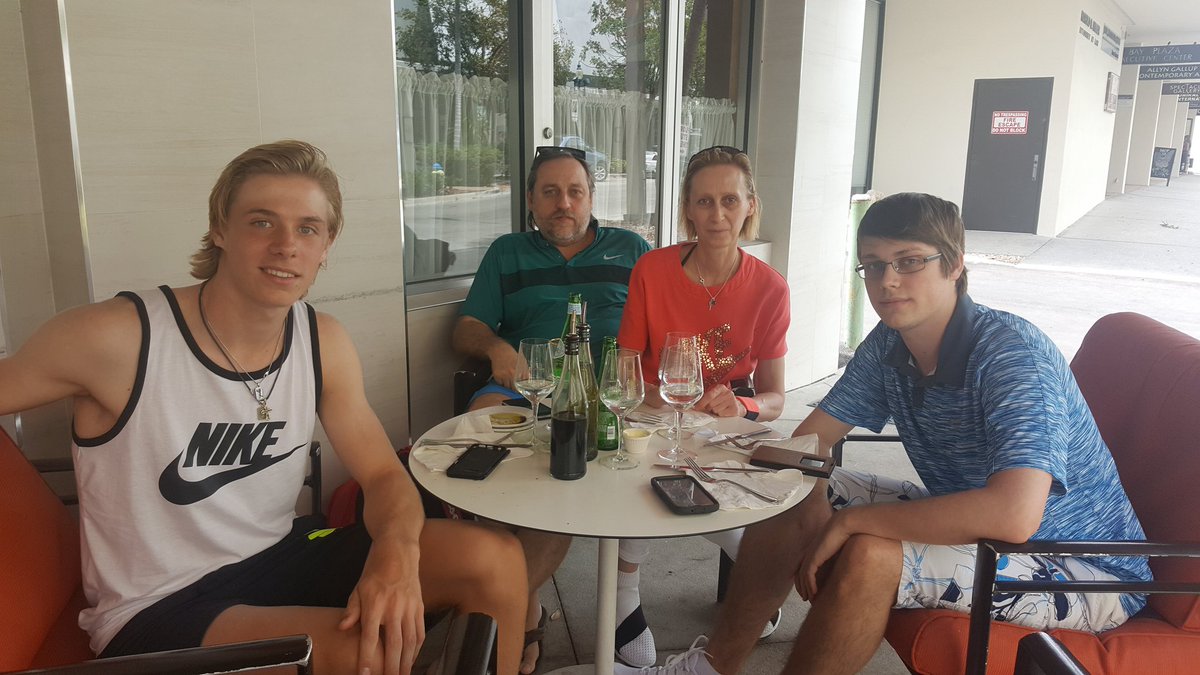 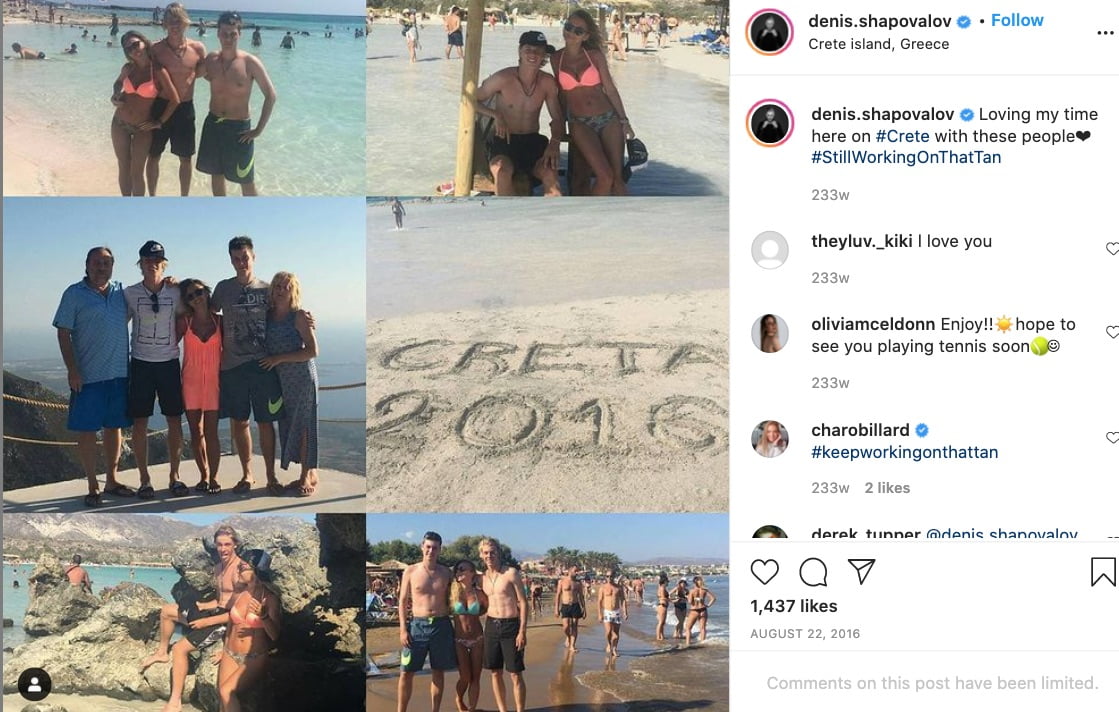 Denis Shapovalov came under our radar in 2017, around the played for the Cabada Davis Cup Team, reached the first round at the French Open, his first grand slam, qualified for the ATP 500 at the Queen’s Club Championships, defeated Argentinean tennis player Juan Martin del Potro and Rafael Nadal at the Rogers Cup, defeated Daniil Medvedev and Jo-Wilfried Tsonga in the qualifying rounds at the US Open. At that time we found out he was allegedly dating Penny Oleksiak. However, we later discovered he had a new girlfriend, Mirjam Björklund.

As her beau, Mirjam is a tennis player herself, check out what we can tell you about her. 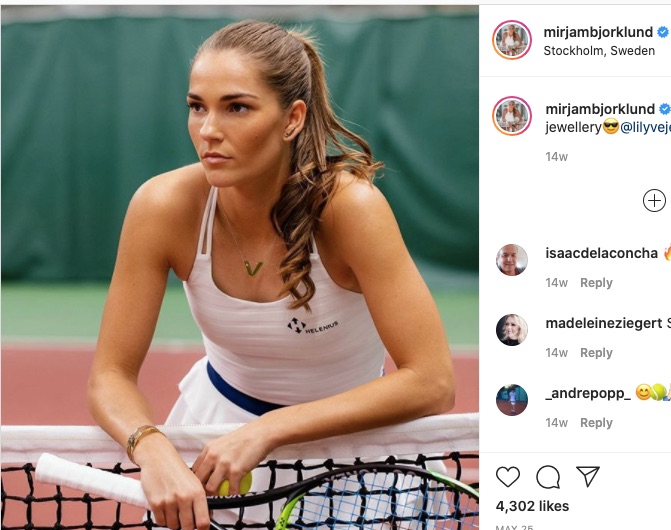 Shapovalov and Mirjam have been dating since  June 2019; she was born in Stockholm, Sweden on July 29, 1998. She has a sister named Tanja who studies sports management at the Swedish School of Sports and Health Science and is a marketing coordinator at Good To Treat Tennis Academy in Stockholm. 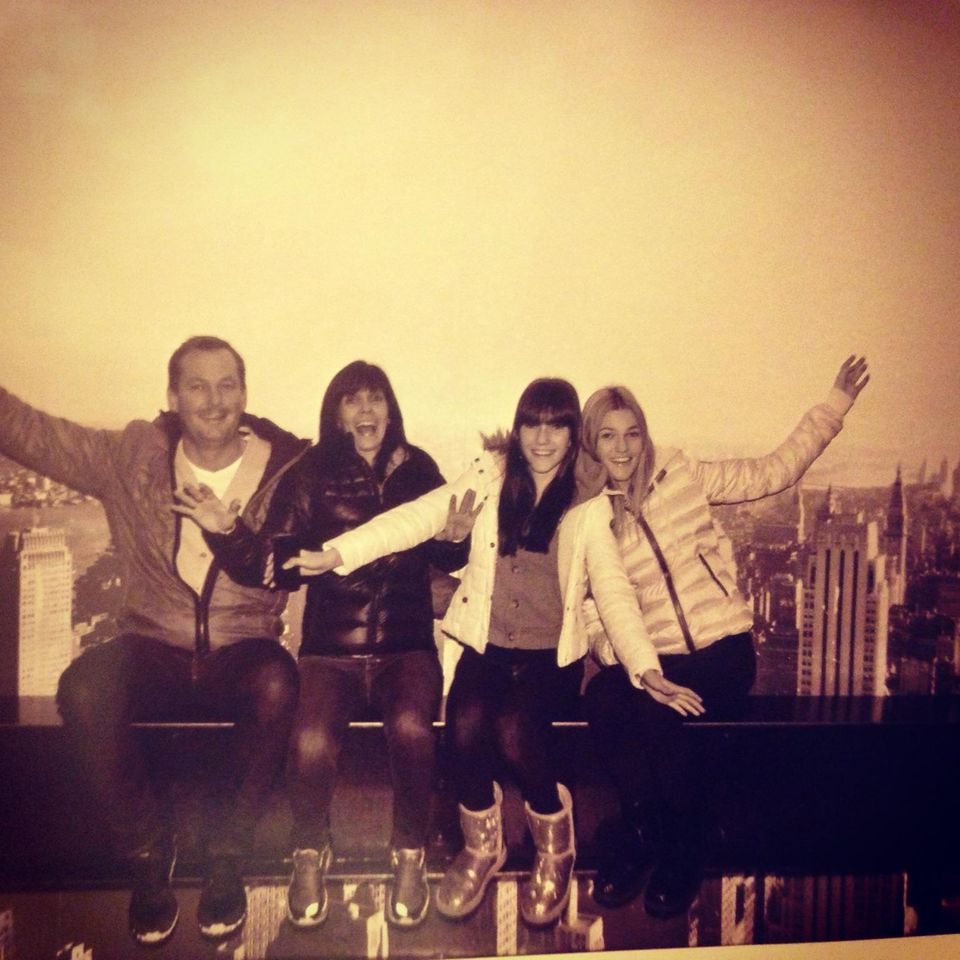 Her parents are Jan and  Maria Capistrano Bjorklund, her dad is CEO at Jungfrusunds Skärgårdsstad, and her momma from Spain, lives in Ekero plays in the senior tennis singles tournaments. 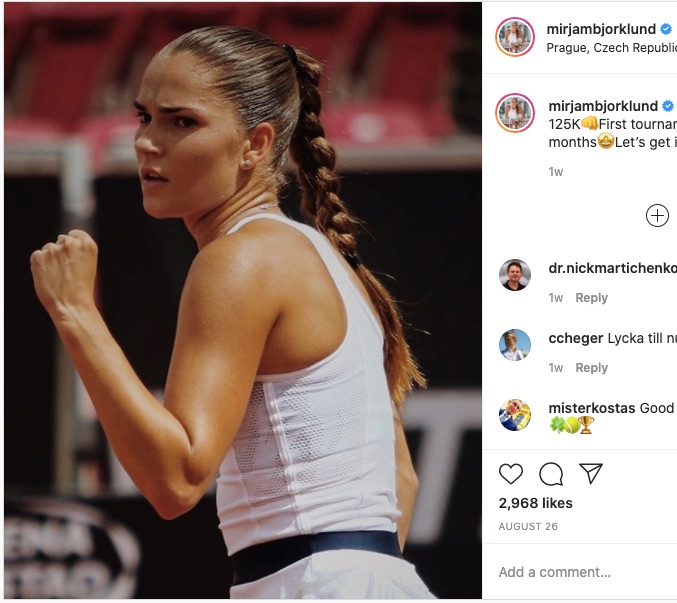 Mirjam Bjorklund was defeated by Raveena Kingsley at the 2018 ITF in Gothenburg, Sweden, and won the ITF in Brussels, Belgium that same year. In 2019,  defeated Gozal Ainitdinova and Despina Papamichail at the ITF  in Monastir, Tunisia in January and February, respectively. She also defeated Chantal Skamlova at the ITF in Tabarka, Tunisia, and Brazilian player Gabriela Ce at the ITF in Pula, Italy.

Mirjam Bjorklund has sponsorships by Vitamin Well, by Eloise London, and lilyvejewellery. You can find her on Instagram.