The list of awards Smith has received so far include the

Smith played at Amite High Magnet School in his hometown under head coach Zephaniah Powell; he recorded 67 catches for 1,040 yards and 22 touchdowns. 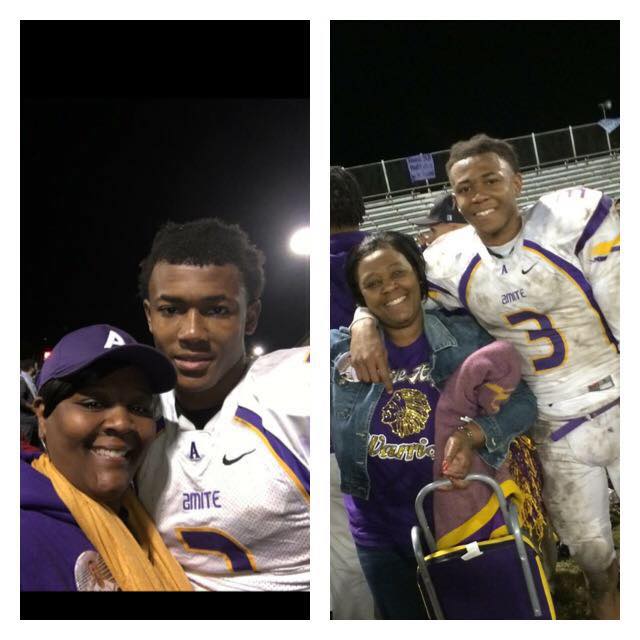 DeVonta was named MVP of the Nike New Orleans Regional, Most Outstanding Player in the 2016 LHSAA Class 3A state football championship game, and earned 3A All-State honors from the Louisiana Sports Writers Association.

In addition to football, Devonta played basketball averaged 8.0 per game. 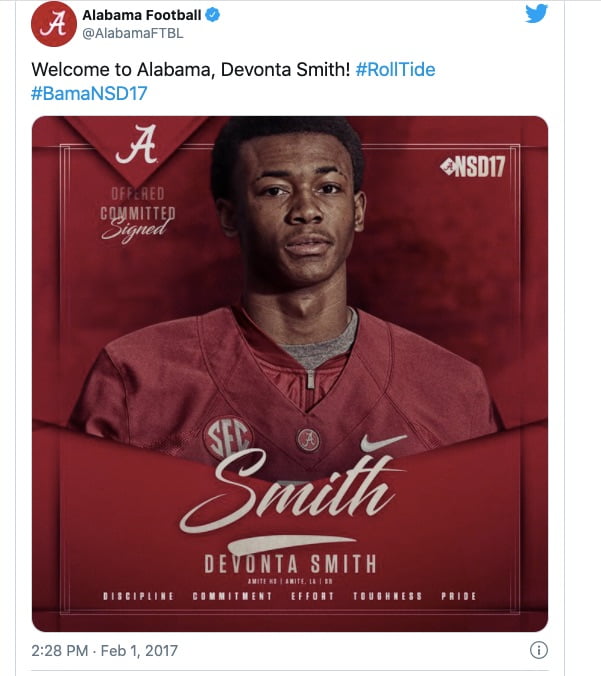 He committed to Alabama in February 2017, choosing the Crimson Tide over Texas Christian University, Louisiana State University, Oklahoma, and Miami.

“For the next three of four years, I’ll take my talents to the University of Alabama,” Smith said, then donning a red Alabama baseball had and posing for photographs with his family.

He received his Bachelor’s degree in December 2020.

According to media Devonta Smith’s has a net worth estimated at $1 million as of November 2021.

Back in June 2021, DeVonta Smith gifted his beautiful mother with a brand new house. He posted the emotional video along with the caption.

To the world you are a mother, but to me you are the absolute world.

DeVonta Smith’ parents are Christina Smith-Sylve and Kelvin Dickerson, they welcomed him on November 14, 1998, in Amite City, Louisiana.

He became the first wide receiver to win a Heisman Trophy; when he won it he thanks his parents.

I want to thank my family, my mom, my dad, just everything that y’all taught me to mold me into the young man I am today. I want to thank my mentor, Vincent Sanders. Without you I wouldn’t be where I am today, just from the rise to taking me places that I want to visit, just to doing things and just helping me get to where I am. 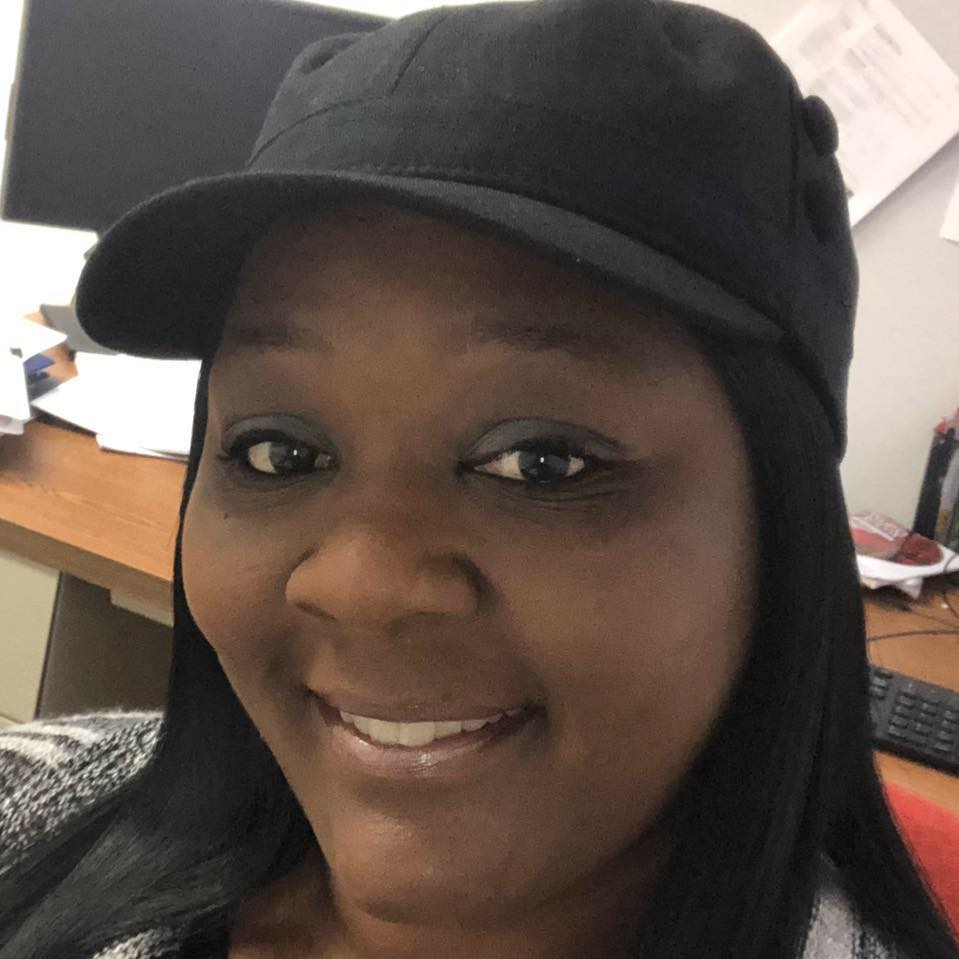 Devonta Smith’s mom, Christina Smith-Sylve is also the proud mother of DeVonta’s 14-year-old brother Christian. She graduated in 1998, with a Bachelor of Science in Social Work from Southern University and Agricultural and Mechanical College at Baton Rouge. 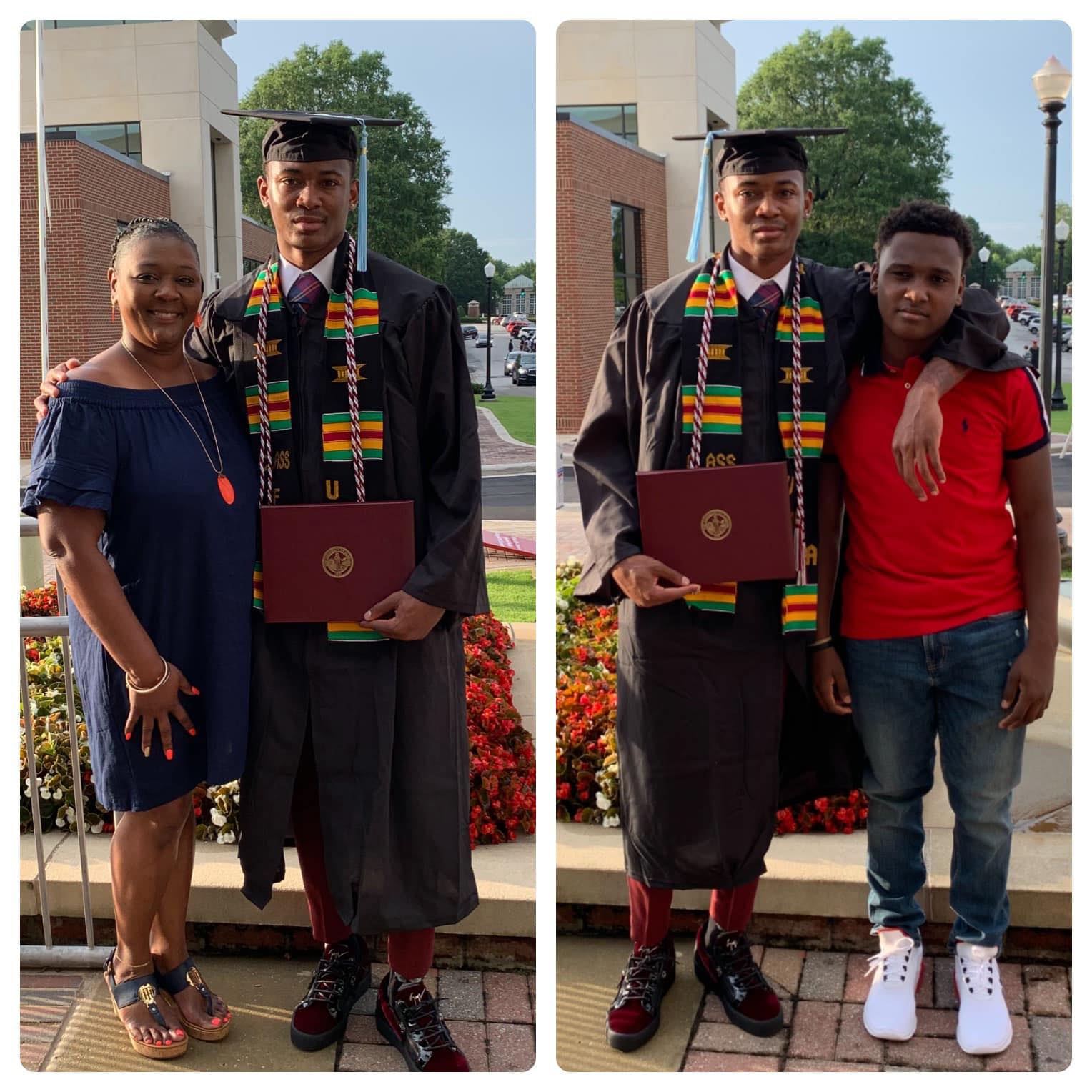 You worked hard, you deserve it and it was for you.” said Christina after her son won the Heisman.

“We love him. Everybody here is supporting him, we’re so proud of him. Continue being humble. Let God lead him. And we are here to support him every step of the way,” Smith’s mother, Christina Smith-Sylve, said to ESPN

Christina Smith-Sylve is a child welfare specialist for the Department of Children and Family Services in Amite, Louisiana. She is one of the children born to Sidney Smith and Ethel M. Smith, 64.

Her dad Sidney said he didn’t like Nick Saban that much after he left LSU, but he had a change of heart after DeVonte played for Saban.

“I love Alabama,” Sidney says with a smile. 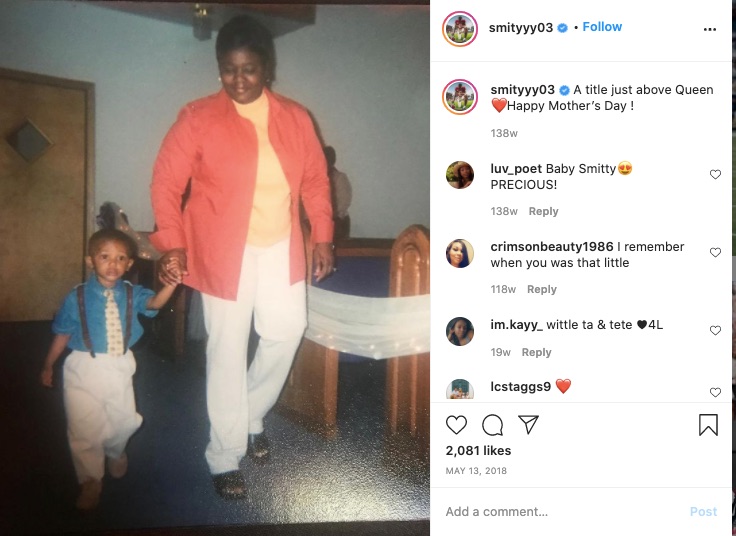 DeVonta Smith is Kelvin Dickerson, born Kelvin Romond Dickerson on October 17, 1974. Mr. Dickerson who is the manager at a car detail shop recalled DeVonta was always playing in the park with a ball in his hands. 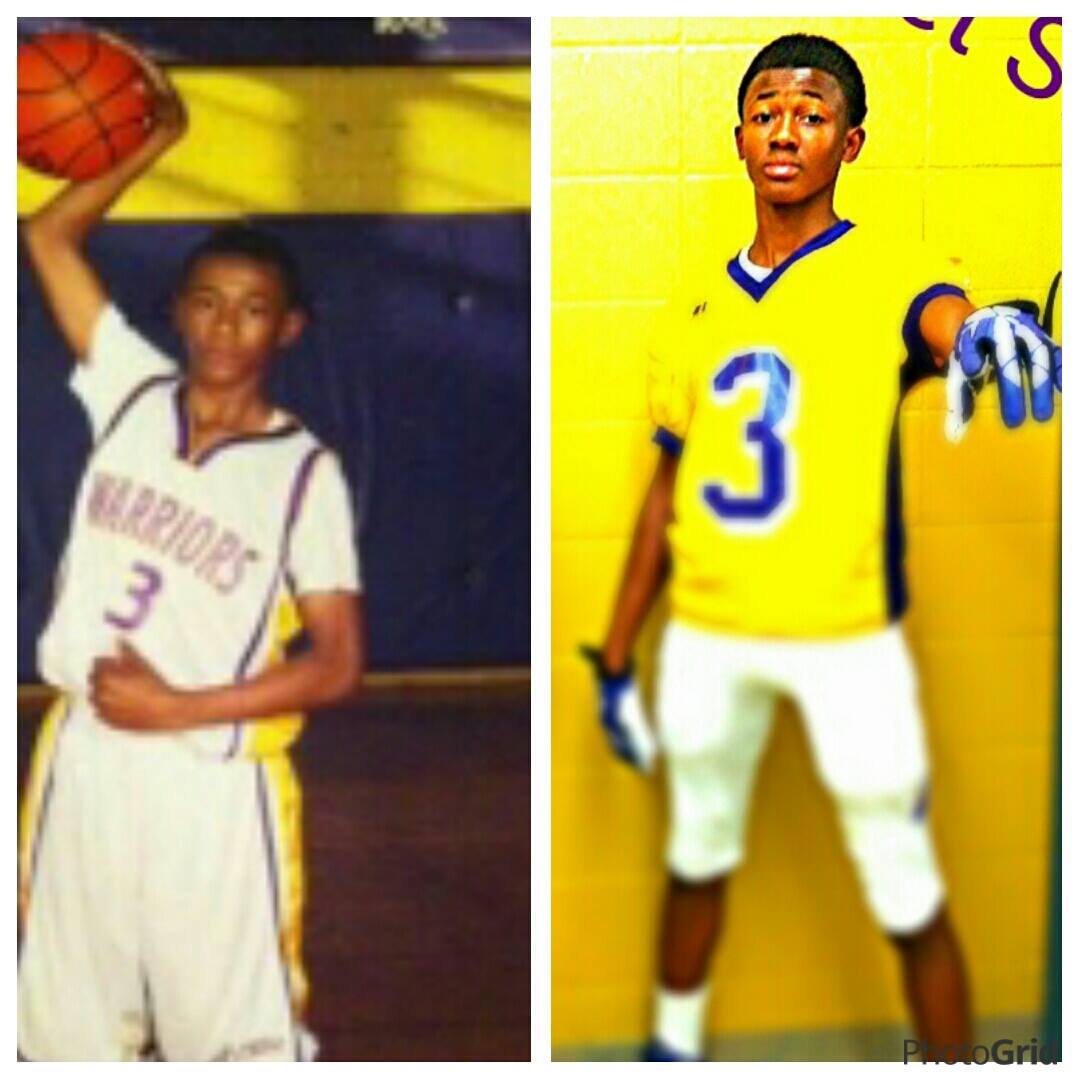 “Growing up, when he was a little kid, that’s all he did. The park was in his back yard. He stayed t the park. From morning to night, you had to force him to come in, but that’s all he did. He always kept a ball in his hand, whether it was a basketball or football, but he always stuck with it,” Smith’s father Kelvin Dickerson said.

Kelvin Dickerson went viral at his son’s SEC Championship game for wearing a hoodie with Michael Jordan’s Crying meme on it. 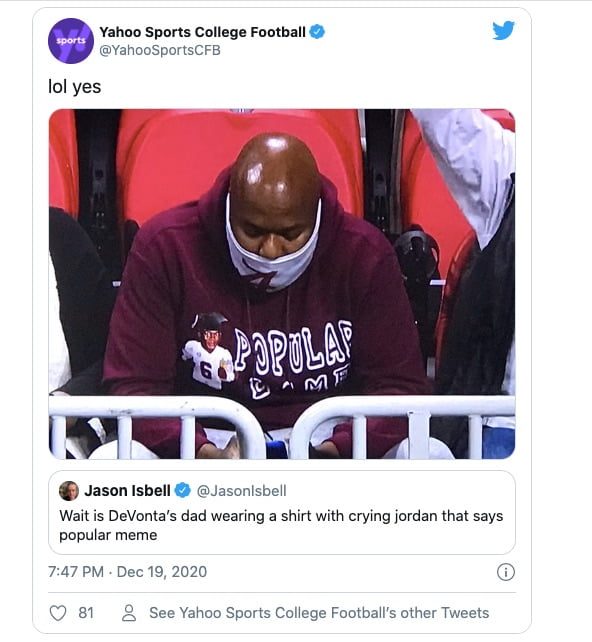 DeVonta Smith known as Smitty and Slim Reaper does not have a girlfriend at this moment; this young man is committed to playing football, winning championships, and graduating from college, but who knows maybe he can find a space in his life for dating.

And now that he is playing with the Philadelphia Eagles, Devonta seems to be still single.