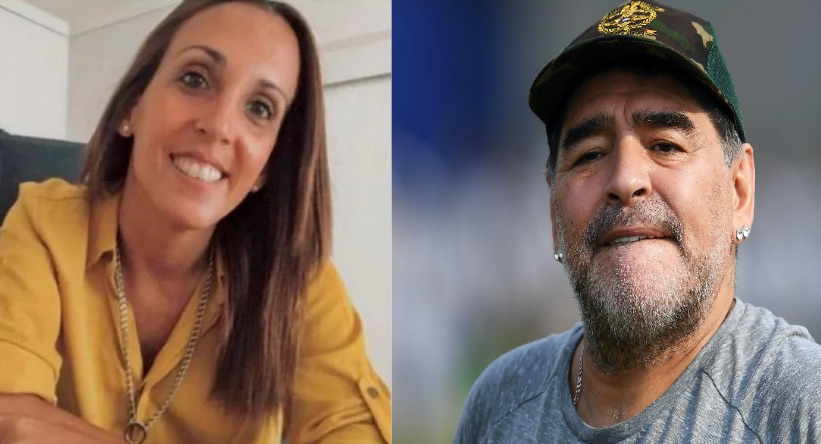 Meet Agustina Cosachov; according to Argentinean media, she was the current girlfriend of former soccer player Diego Maradona, who died at the age of 60, on November 25, 2020.

Diego dated several women through the years, but he married just one, to Claudia Villafañe, mother of his two daughters Dalma Nerea born on April 2, 1987, and Giannina Dinarah born on May 16, 1989. The latter is the ex-girlfriend of Manchester City’s player Sergio Aguero.

Claudia and Diego divorced in 2004 after 20 years of marriage.

Maradona’s had a long battle with alcohol and drugs; he also struggled with obesity. In 2007, he had hepatitis and had to spend several days at a local hospital; he received treatment for his alcohol abuse in a psychiatric clinic in May 2007.

That same month he said he had been sober and clean past two years.

Diego underwent surgery to treat a hernia that caused internal bleeding in his stomach in January 2019.

He was admitted to a hospital where he allegedly received psychological help at Clinica Olivos on November 2, 2020, but the next day underwent brain surgery to treat a blood clot and a subdural hematoma. He left the hospital on November 12.

Diego died of a heart attack at his Tigre home in Buenos Aires on November 25, 2020.

Diego met his current girlfriend Agustina Cosachov, late last year, she is a well-known psychologist in Buenos Aires, who according to media treated him at a psychological clinic.

Augustina’s specializes in addictions; she works in the Center of Mental Health in Buenos Aires; she was a professor of psychopharmacology at Barceló University and a professor of psychotherapy at the Aigle foundation. Since 2020, Augustina Cosachov has been a member of the INECO team.

“She is the only one who managed to enter Diego’s life and most importantly inside his head. I just realized that all women are those who are around in Diego’s life, never accomplished that”Jorge Rial.

And he added: “It is not that she appeared today in Maradona’s life, she appeared for us today, although she did not appear that long ago either. But she is a woman who has earned his trust, which is not easy. “