Pretty Miss Courtney White is the gorgeous girlfriend of MLB player Dylan Lee, one of the talented pitchers currently signed by the Atlanta Braves. Lee who was initially drafted by the Miami Marlins also played college baseball with the Fresno State Bulldogs at California State University-Fresno. Dylan gets to start with the Braves on October 30, 2021; the last time the team played in a World Series was 1999, and the last time they won a World Series was 1995 when David was two years old. 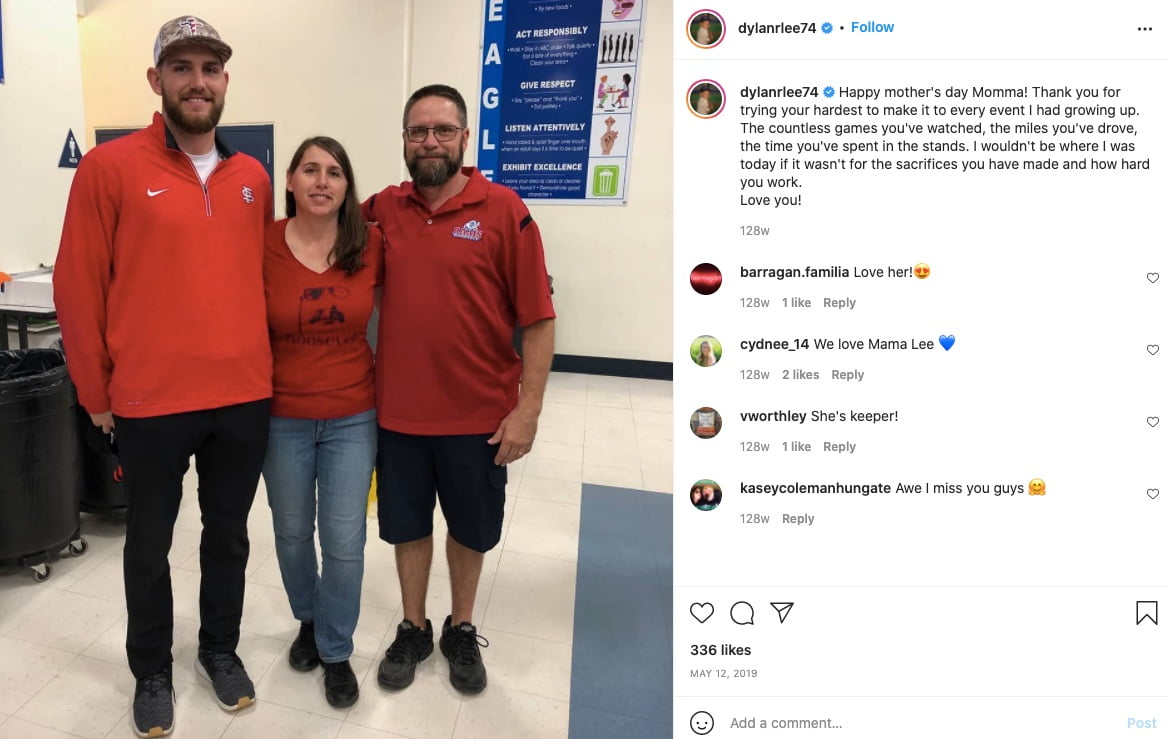 6’4″ Dylan Lee was born on August 1, 1994, in Dinuba, California, is one of two sons born to John and Elza Lee. David’s brother is Devin Lee. His father John gave Dylan his first baseball glove when he was five and started at a T-Ball team. John his wife Elza and the rest of the family are pretty excited about his starting night on Game 4 against the Houston Astros.

“It’s amazing,” Dylan’s father, John Lee, said. “It’s his life-long dream to play professional baseball and establish himself where he’s at. It’s just amazing. It’s what he’s always wanted to do as a little kid.”

David Lee graduated in 2012, from Dinuba High School, where he was a three-year letter winner of the baseball team, and named the 2012 Central Sequoia  League’s Most Valuable Player. After that Dylan played two seasons at the College of the Sequoias in Visalia. Dylan was named to the President’s List as a freshman with a 3.64 GPA and to the Dean’s List as a sophomore with a 3.54 GPA, All-California State team, CVC Gold Glove team his sophomore year.

He subsequently transferred to Fresno State where as a junior in 15 games posted a 4-2 record with a 5.31 ERA. 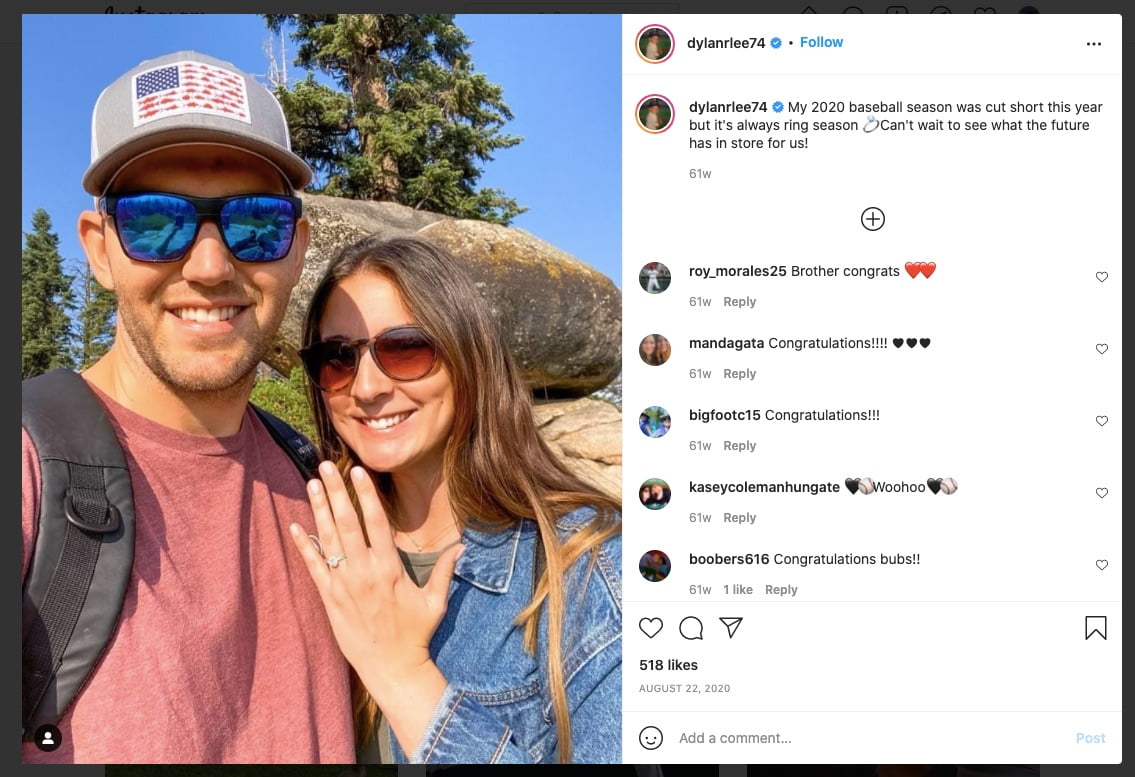 Courtney White is not just Dylan Lee’s girlfriend, she is also his fiancee. He asked Courtney to marry him on August 23, 2020. They celebrated their engagement surrounded by family and friends on November 22, 2020. 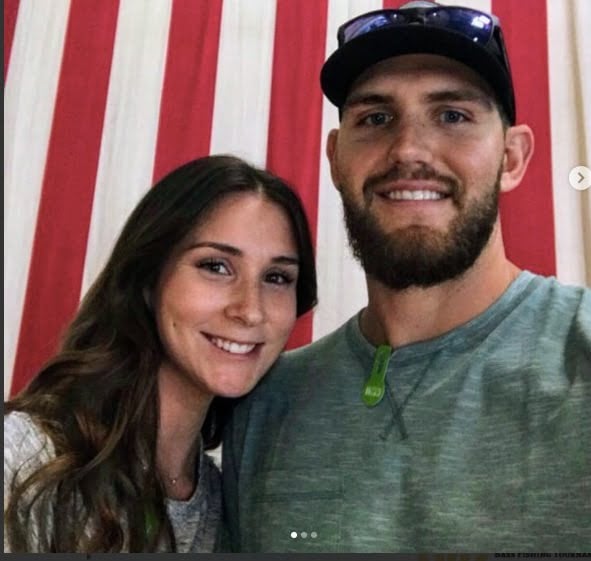 Courtney White soon-to-be Courtney Lee was born in Fort Lauderdale, Florida to physician Wayne White who is the owner of the Ft. Lauderdale Chiropractic Center, and his wife Maria white who graduated from Miami Southridge Senior High School. Courtney has one brother, Wesley White, 21.

5’11 Courtney White attended St. Thomas Aquinas High School and Buffalo State College for her freshman year before transferring to St. Thomas University where she was a member of the volleyball team and graduated with a Bachelor of Science in Biology in 2019.

Courtney is the senior social media specialist for WW (formerly known as Weight Watchers)is, in addition, a health and wellness coach who once worked as a social media manager and virtual assistant at her father’s office and was a teacher at VIPKid.

Courtney did an internship with the MLB in December 2018 and at the St. Thomas’ athletic department a year before that. She was a head coach for the volleyball team at Florida Suns Volleyball Club for two years (2015-17).