Meet the lovely Emma Davies is a former Welsh and British 800m champion, who is married to New Zealander motor racer Scott Dixon.

You only hear this kind of stories in the movies so get ready to be wowed with how everything began between this two athletes! A true love story that seems more like it was snatched from “Days of Thunder” type thing!

It was March 2006, when a mutual friend asked Davies to take Dixon out for the evening. In one hand you have rising motor racer star and on the other, you have Davies, who at the time was 29 years old also a successful athlete, that was just going through a devastating moment.

Only six months before they magical meeting, her 47-year-old father and former coach had died from bowel cancer; Emma said his death ended her competitive career.

She might have dated singer Craig David, but I’m telling you it was just destiny for this two. He rekindled her passion for the race track and she helps to train him to Indy 500 glory. The moment they met, sparkles flew, an instant chemistry got them inseparable! Emma recalls

“We were smitten after the second day,”

“It got serious very quickly.” 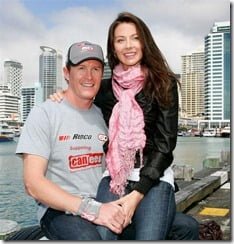 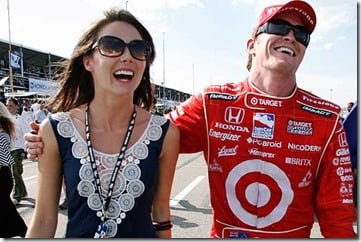 Long story short, they tied the knot in February 2008. Former Welsh and British 800m champion, Davies, reached the semifinals at the Kuala Lumpur and Manchester.

She has dedicated her time, to help her man into fitness, as she believes his fitness has helped him on the track:

“People don’t realize it, but to be in the car for the 500, which is a grueling three-hour race, you have to be fit mentally and physically…” 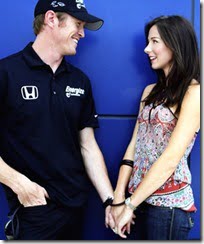 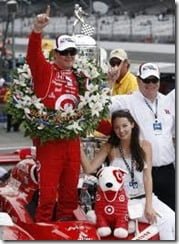 In 2008 Emma’s hubby Scott Dixon won the prestigious 92 Indy 500 on Sunday, May 25. This was his biggest victory since he married Emma. Bottom line Emma and Scott found each other at a critical time just to save one another!

Furthermore, you can follow the gorgeous mother of two, wife and awesome athlete Emma Davies-Dixon here.