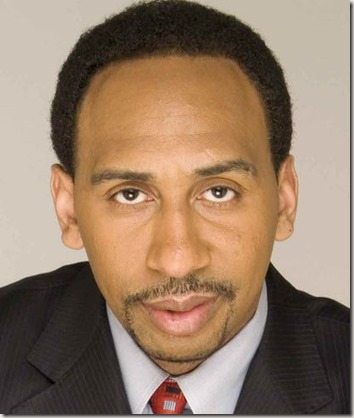 By now, you’ve heard about Stephen A. Smith’s suspension from ESPN. The 46-year-old host has been suspended for a week on Tuesday for comments that suggested women should avoid provoking men into assaulting them.

Many wonder, what was he thinking! He certainly sparked major controversy following his comments and some say he got what he deserved!

According to recent reports what happened was that, Smith raised the subject of provocation last Friday during a discussion on “First Take,” on ESPN2, about the two-game suspension received by Baltimore Ravens running back Ray Rice from the N.F.L. over allegations that he beat his fiancée, now his wife, in a casino elevator. Smith’s remarks led to a rebuke on Twitter from another ESPN star, Michelle Beadle.

Of course whenever you mess up big time! The proper, opportune and appropriate apology comes along. In a recorded apology Monday, Smith said that he had failed to properly articulate his view and that he had not intended to say that domestic violence was a woman’s fault. 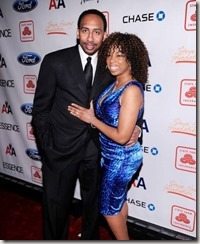 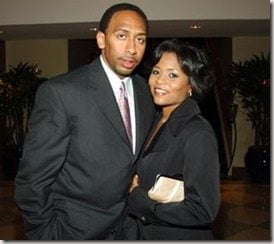 But in our society when you blew it there is not turning back, the damage is done! Smith will return to “First Take,” and to his afternoon ESPN Radio show in New York, next Wednesday; but we can tell you he certainly lost many ….female fans and their respect.

Having said that, it made us wonder about his more private and personal life. What did his better half thoughts are on the whole issue? How insensitive can he be not to think of his girlfriend or wife when he blurted those words?

Now that we think about it, is he married? Is he even in a relationship? Maybe there is our answer! 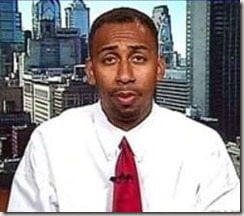 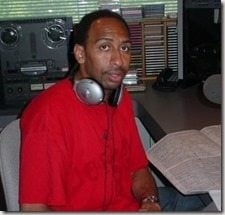 We are not sure if he is or not, but if he is, his girl certainly will give him some grief, and if he is not, any woman will think twice to go out with him!

Smith is a featured ESPN.com columnist, writing regularly for ESPNLA.com and ESPNNY.com.

Smith made a variety of contributions to ESPN from 2003-08.  Smith hosted The Stephen A. Smith Show on ESPN Radio from 2005-08.  He was also the host of ESPN2’s Quite Frankly with Stephen A. Smith, a one-hour show featuring sports news, commentary on sports issues, and interviews, from 2005-07.

You can read a full bio on him here.

Smith lives on television. Morning, noon or night you can almost always find him on your flat screen somewhere on ESPN; so his suspension must be making him miserable! Do you think he deserves it?