This lucky fella is Sandro Meira Ricci; he is the husband of the stunning Brazilian soccer referee Fernanda Colombo, who in addition to soccer is a sports journalist for Metropoles, the Brazilian news outlet.

Fernanda who became an internet sensation following the 2014 FIFA World Cup as a groundbreaking female officiant is happily married to fellow Brazilian referee Sandro Meira Ricci, commonly known simply as Sandro Ricci, who was Brazil’s representative among the referees in Brazil as well.

Former soccer referee Sandro was born on November 19, 1974, in Pocos de Caldas; he graduated with a degree in economics from the University of Brasilia and has been an arbitration commentator for Grupo Globo since January 9, 2019. 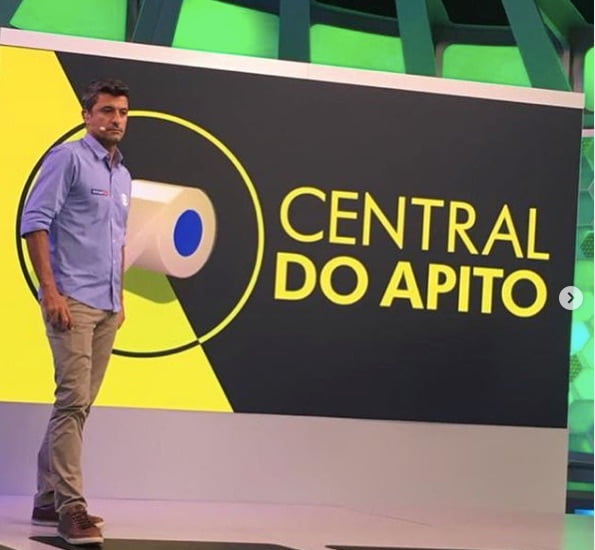 Ricci started his career in 2006, with the Football Federation of the Federal District (FFDF), his first match was on April 29, 2006, at the match between Vila Nova FC  and GO x Ituano FC.

He left the FFDF in 2012 when he joined the Pernambucana Football Federation (FPF); subsequently in 2018, joined Parana Football Association (FPF).

Internationally, Sandro Meira Ricci has referred at the 2014 FIFA World Cup and the final at Copa Libertadores of America. He also received an invitation to work at the 2016 Summer Olympics and at the 2018 World Cup in Russia.

Sandro and Fernanda met several years ago at a hotel where according to Ricci referees usually stay at.

“We did not have the opportunity to work together. We once met in these hotels that arbitration usually stays in. It was here in São Paulo; but it was only a normal, formal presentation. After a while we went back to I mean, I went after her.”

The lovely couple dated for a while until they tied the knot in August 2018. (Video Below)