This stunning gal is Paula Valenzuela; she is the younger girlfriend of soccer manager Jorge Sampaoli, manager of  Argentina National Soccer Team. Sampoli a former soccer player himself, turned into coaching after suffering a career-ending injury. 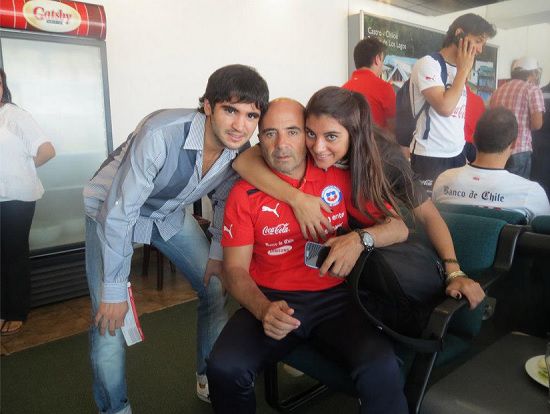 Sampaoli a father of two grown kids, Alejandro and Sabrina, coached in Chile when he met Paula Valenzuela a single mother of one (from a previous marriage), is 22 years younger than him.

A decade ago, Paula was the receptionist at a gym in Rancagua, Chile when she met Sampaoli, they have been together ever since.