Fayza Mbappe is the proud soccer mom of French prodigy striker, Kylian Mbappe. Aside from playing for the French national team, her son is also signed to Ligue 1 club AS Monaco.

Being a former athlete herself, Fayza Mbappe knows just how much work it takes to make it in the professional field. The former handball player welcomed son Kylian on December 20, 1998, in the north-east of Paris. She has watched him grow into a fine young man and even better player.

Kylian Mbappe began playing the sport he’s obsessed about at AS Bondy, where his father Wilfried was a coach. He also attended Clairefontaine academy –the French Football Federation’s regional center of excellence for l’Isle de France in 2011. While attending Clairefontaine, Kylian was profiled by Liberation and France Football at age 14.

At the age of 15, when students leave Clairefontaine after two years to enter the professional club system, Mbappé turned down every other Ligue 1 side, Real Madrid, Chelsea, Manchester City, Liverpool and Bayern Munich to join Monaco and moved to the principality to continue his education.

At Monaco Mbappé made his first-team debut on December 2, 2015, becoming Monaco’s youngest-ever player at 16. The following February, at the age of 17 became Monaco’s youngest scorer with a late goal in the 3-1 victory over Troyes.

He played 14 games in total last season and signed his first professional contract in the summer.

Mbappé played twice for France Under-17s and called up for the Uefa Under-19 Championship in Germany last July. 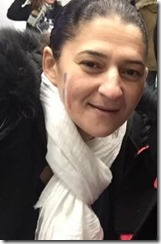 Fayza Mbappe born Fayza Lamari is of Algerian origin, she was professional of handball high level. She currently lives in Bondy, France. Kylian’s father, Wilfried, is originally from Cameroon and works as a coach at AS Bondy, the Paris-Ile de France regional league club.

Kylian refers to footballer Jirès Kembo-Ekoko as his brother; however, Wilfried Mbappe adopted Kembo-Ekoko at age 10 and the boys grew up together.