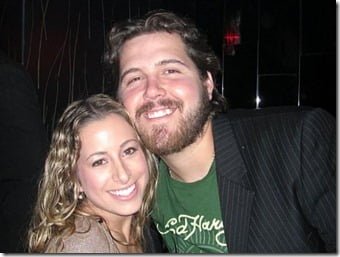 Cleveland Indians closer Chris Perez and his wife Melanie have been charged with drug possession after having over one-third of a pound of mailed to their home, according to authorities. Perez told drug agents that he had pot in his house for personal use.

“He pointed out a number of items of paraphernalia along with two separate ‘mason’ jars containing a green vegetable matter suspected of being ,” according to reports.

Complaints were served on the couple on Thursday and will be filed in municipal court on Friday, according to police in suburban Rocky River. Melanie Perez and her husband were released on personal bond. Defense attorney Terry Gilbert says the two will plead not guilty and expect a favorable outcome.

The couple’s rental home was searched on Tuesday by drug agents with a warrant, apparently tipped off by postal inspectors who were suspicious of a package mailed there.

They said police arranged a delivery under surveillance and that wife Melanie Perez accepted two packages before the house search began while Melanie and her husband were out for lunch and a movie. A baby-sitter was caring for two children. Perez returned home and spoke about his personal use.

Melanie Perez was interviewed by police and said she did not know the contents of the packages. She said she does not smoke but confirmed that her husband had drug paraphernalia in the house.

29-year-old Melanie Perez was Chris’ neighbor at a duplex off-campus during their sophomore year at the University of Miami. They started dating and eventually married in November 23, 2008. Chris and Melanie Perez had their first child in September, 2010.